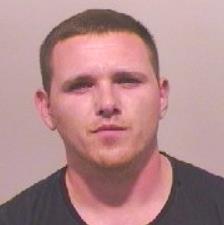 The violent actions of a man – which left an officer with a punctured lung – have seen him sentenced to 32 months in prison.

Appearing at Newcastle Crown Court today (Thursday), he was also given an additional month prison sentence for failing to appear at court. This will run concurrently with his other sentence.

Robert Triller, 28, of Kettering Square, Sunderland, assaulted the PC as he resisted arrest on June 6, 2017.

He initially stood trial in July this year where the jury failed to reach a verdict. He was due to attend a retrial in November but failed to appear at court. He was swiftly located in the Leeds area and pleaded guilty to section 20 assault.

Triller grabbed the officer in a headlock before throwing him to the ground. The officer sustained five broken ribs which subsequently punctured his lung, resulting in him being admitted to Sunderland Royal Hospital for 12 days.

Despite his injuries, the officer soon returned to work and continues to proudly serve the communities of Sunderland.

The officer's supervision have praised his efforts and warned others that assaulting officers is a serious offence and will not be tolerated.

Superintendent Barrie Joisce, of Northumbria Police, said: "Our officers come to work to protect the public. When they are forcibly taken off duty because of injury caused by violent offenders, it puts innocent people at risk. It takes a vital resource away from the beat.

"Officers of course expect to face dangerous situations and putting public safety before their own is paramount, but when they are faced with completely unnecessary violence, those who commit such offences must be dealt with robustly.”