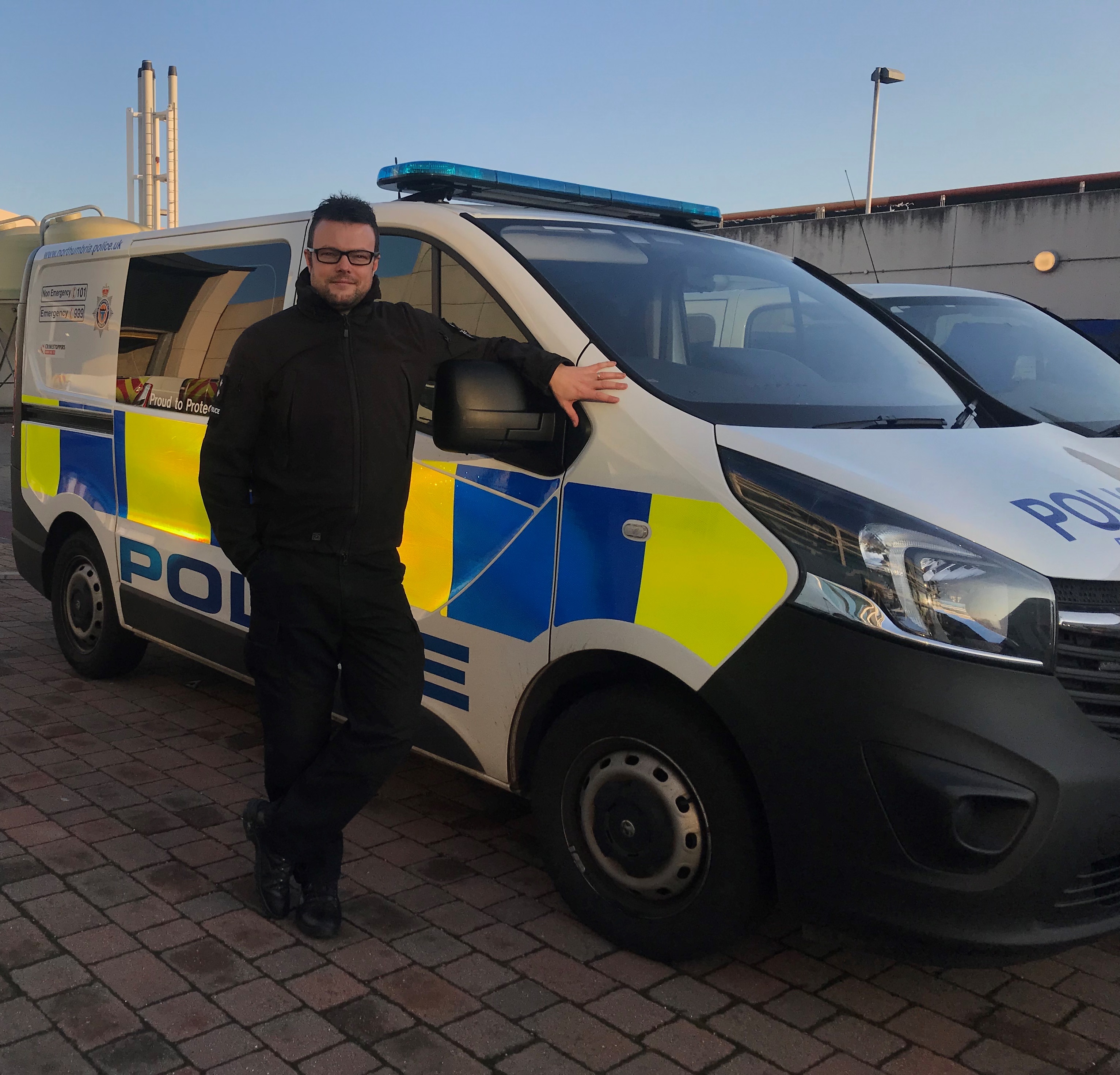 As a toddler Phil Patterson dreamed of being a police officer…and he is now celebrating more than 20 years as a cop.

The 41-year-old heads up a team of first responder PCs – known as B relief – based at the Force HQ in Wallsend.

And as the world of policing continues to change and evolve, this Inspector wants to inspire the next generation of cops.

Without hesitation, Phil recalled that his earliest memory of wanting to be a police officer was when he was just three years old.

He said: “I remember seeing an Ashington cop driving around in a Ford Granada, which was known as a ‘jam sandwich’ car in them days.

“My mother walked me over to the police car to speak to the policeman, and he allowed me to look into his car - which I was completely obsessed with. Even now at 41, my obsession with cars has never changed.

“From that moment, all I ever wanted to do was to grow up and be like that officer one day. I knew I wanted to be a police officer and I knew I had to have a jam sandwich police car.

“I was born and bred in Ashington. My family are from a mining background - my father, father-in-law, uncle and grandfather have all worked in the mines. I am the first person in our family to become a police officer.

“Ashington is my hometown and I’ve been fortunate over the years to play my part in protecting it.”

Growing up teachers would repeat the same comment on Phil’s school reports. They said he would stare out of the classroom window and couldn’t concentrate on something for too long without getting distracted or bored.

But after joining the Force on March 23 1998, he can say with confidence that this job has never bored him.

Phil said: “Policing is very simple to me. It’s about looking after the people who really need our help, and on the other hand going after the criminals in a robust way.

“I don’t like knowing someone has got away with something, that feeling never changes and I suppose it’s that feeling that spurs me on to be better at my job.

“Being a police officer has never been just a job to me - it’s my lifestyle.”

Fast forward to present day, Phil has a breadth of experience under his belt.

Starting his career as a PC in, he then went on to work as a Traffic Cop and Sergeant in Motor Patrols before being promoted to an Inspector in 2017.

He also spent many years covering his hometown whilst working on Traffic and Operation Dragoon, and had a short spell as the Neighbourhood Inspector before moving over to uniformed response.

Now, Phil’s role is to protect people in the communities he grew up near.

He said: “It’s my job to inspire the team to do their best every day for the people of Northern. I want my officers be more streetwise, to learn their trade, and to think outside of the box when it comes to solving crimes and problem solving.

“It’s about picking up on the little details which can help catch somebody out.

“In my 20 years, there’s never been a day I’ve not wanted to come into work. The main reason I think is that policing is never the same.

“I get a real sense of enjoyment from managing my team, many are very young - just like I was - so it’s very rewarding. The officers that I am responsible for now are going to be the future of Northumbria Police for the next 30 years.”

In the coming weeks, Northumbria Police will be sharing stories of some of the faces behind the uniform as part of a new feature called #ProudOfOurPeople.

Phil is one of many officers who are proud to represent policing so watch this space for more stories to come.