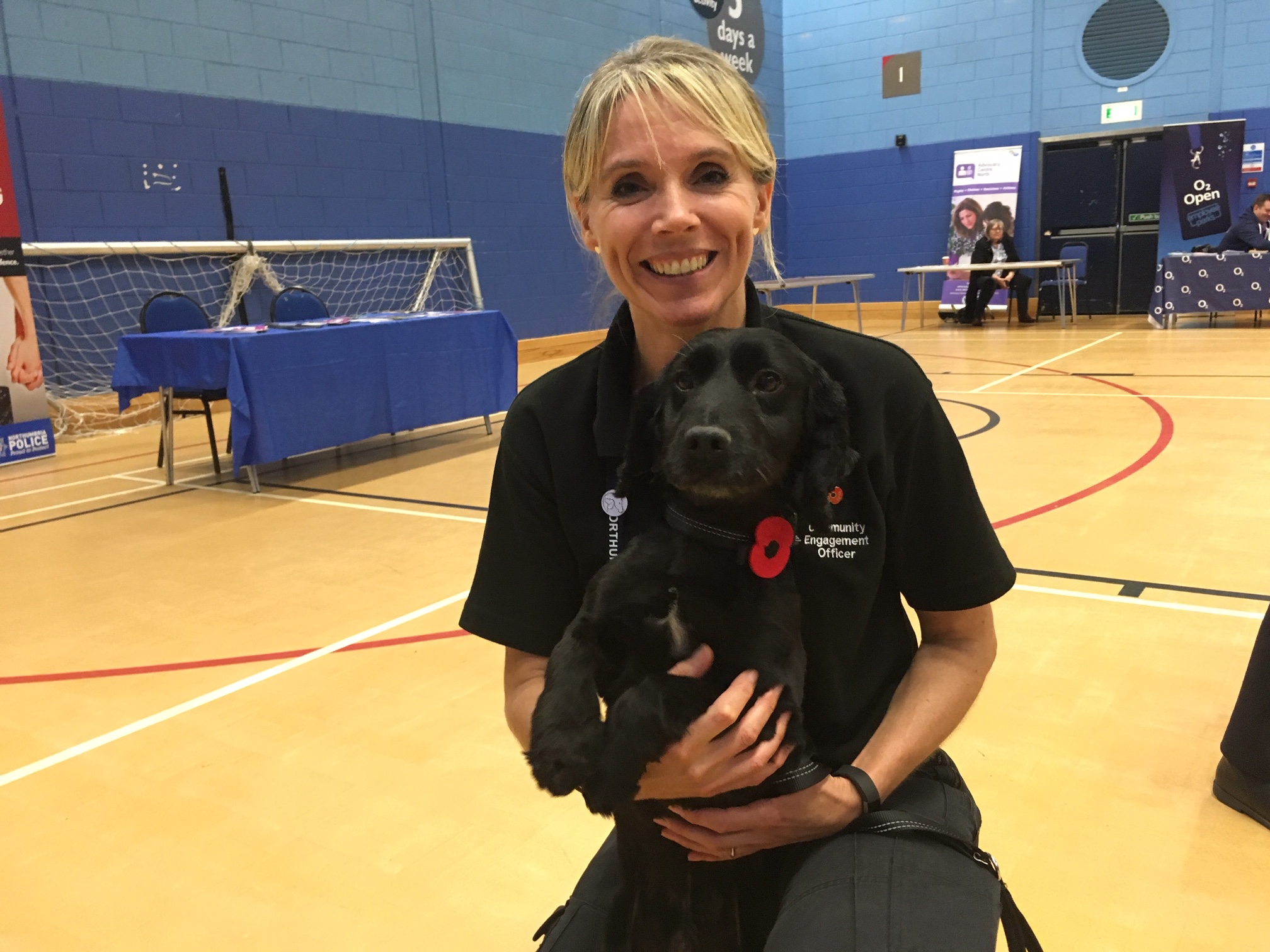 He spent his working days keeping the public safe at the region’s most high-profile events.

But retired Police Dog Russell isn’t ready to put his paws up quite yet.

The role comes at no cost to the Force as Russell lives at home with his owner Sally College, who works with the Community Engagement Team in Sunderland and South Tyneside.

He will now accompany the non-operational officer at a range of events involving local groups and organisations across the region.

Chief Inspector Sam Rennison, of Northumbria Police, believes Russell will play an important role in helping to reach out to vulnerable individuals.

“Russell is the newest member of our community engagement team which works with a diverse section of the community in Sunderland and South Tyneside,” Chief Insp Rennison said.

“He recently retired from the Dog Section as an explosive detection dog, but we’ve decided to adopt him in Southern Area Command to work alongside our community engagement officers.

“Russell will attend events across the region and go to engagement opportunities with those hard-to-reach members of our community, in particular young people, those with disabilities and the elderly.

“We see Russell as having a vital role in our community engagement team. It’s a proven fact that dogs can sometimes provide comfort and happiness to people with a range of disabilities and emotional needs – from those in nursing homes and hospices to schools for pupils with special educational needs.

“There are many members of our communities who sometimes find it hard to talk to police officers, so the introduction of Russell will be an extra opportunity for us to speak to and build relationships with those individuals.”

As an operational search dog for eight years at Northumbria Police, Russell was regularly spotted at local events such as the Sunderland Airshow and football stadiums including the Stadium of Light and St James’ Park.

He also used his nose to search venues further away from home, including the Royal Albert Hall in the lead-up to the Queen’s 90th birthday celebrations and the London 2012 Olympic Park.

But now he’s set for a slightly different role as he becomes acquainted with the Force’s five-strong community engagement team based in South Shields.

“Russell is really excited to get out into the local community– and get a few extra strokes,” Sally added.

“He’s such a friendly dog who loves attention – and I’m delighted that he’s now going to be spending his days with me putting a smile on people’s faces.”