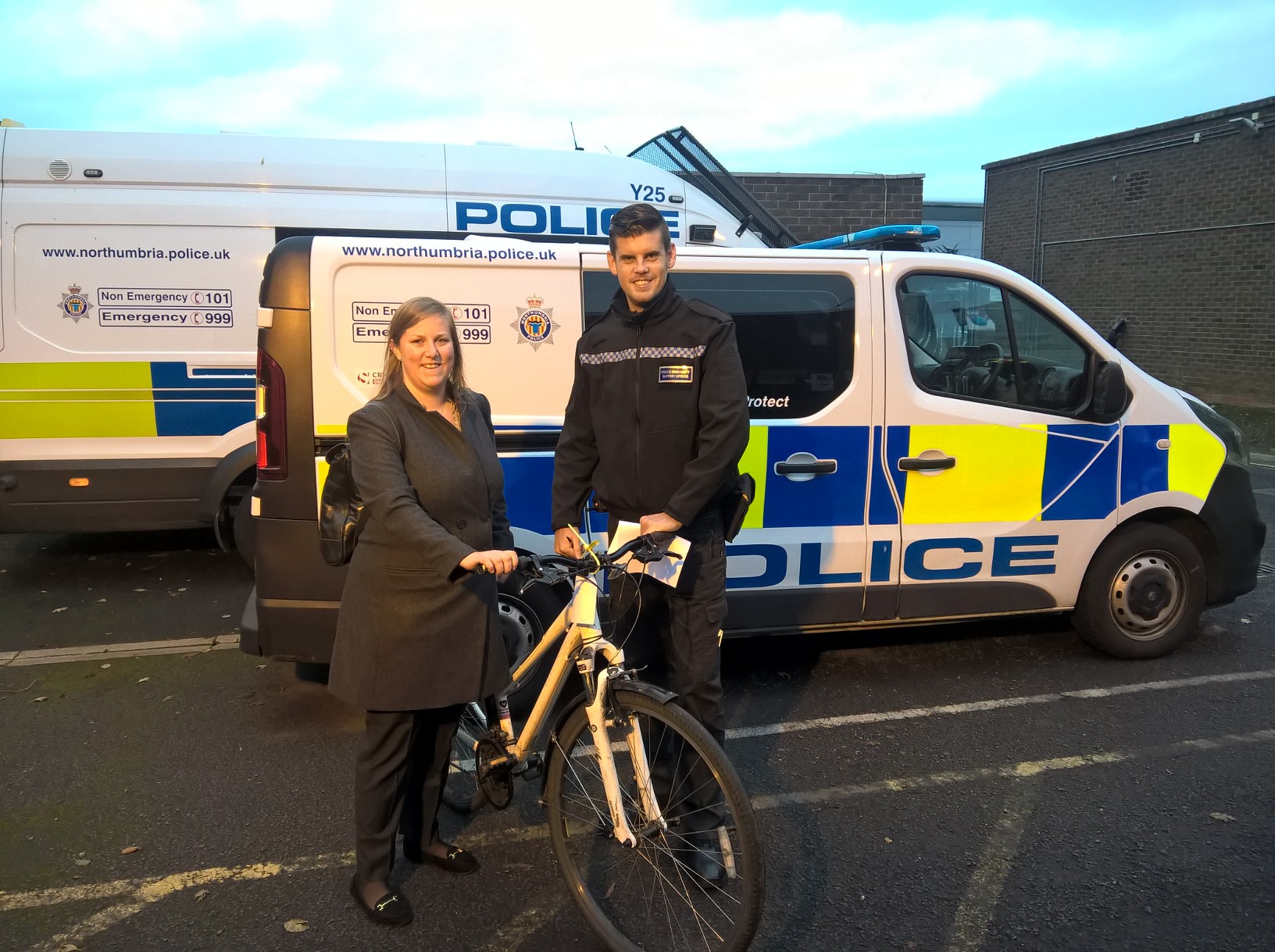 Stolen bicycle recovered by police seven months after the theft

A stolen bicycle has been returned to its owner after being recovered by police in Newcastle.

The specialised Ariel bicycle was taken by thieves in April this year after it was broken from its padlock outside the Laing Art Gallery.

Owner Jenny Beedle reported the theft to police but feared the bicycle would never be found.

Officers launched an investigation but after carrying out a number of enquiries they were unable to identify the person responsible or locate the property.

But seven months later and the bicycle has been returned to its owner – after great work by neighbourhood officers in Jesmond.

PCSO David Brittain was on patrol in Jesmond when he saw the bicycle abandoned outside a property.

He ran the serial number through www.bikeregister.com and was able to identify Jenny as the rightful owner after she had attended a free bike marking event hosted by the Newcastle East neighbourhood policing team back in 2016.

And yesterday morning (Monday) she couldn’t stop smiling after being reunited with her property by PCSO Brittain.

He said: “This is a great result for everyone involved but shows exactly why it is worth registering your bicycle online or getting it marked.

“People are spending hundreds, if not thousands, of pounds on bikes but they are not taking steps to secure their property.

“Jenny thought she would never see her bike again and there were limited investigative opportunities available to police.

“However, thanks to one of our free bike marking events we were able to quickly identify her as the owner.”

You can contact your local neighbourhood policing team to find out about any upcoming bike marking events at www.northumbria.police.uk/contact