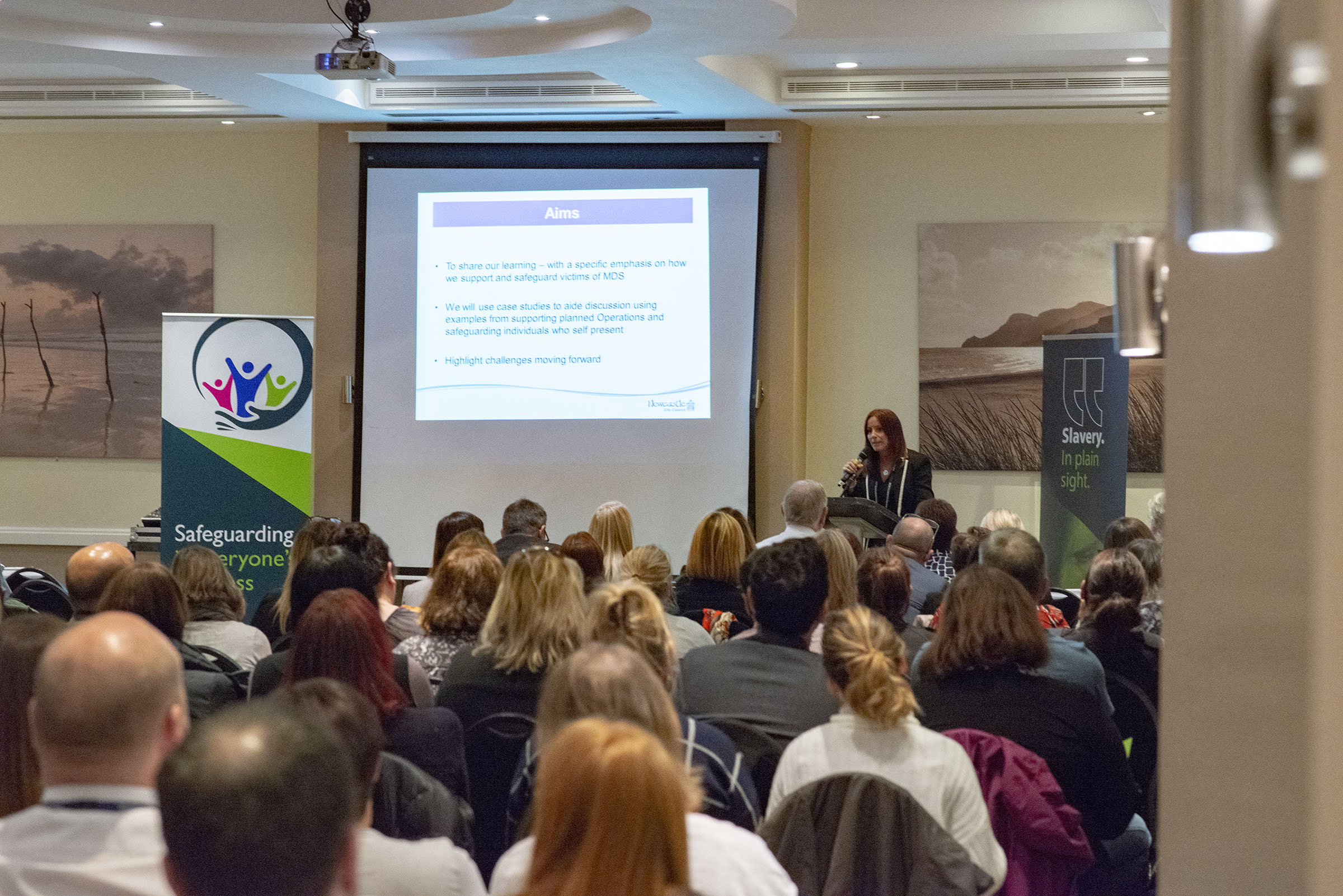 Slavery could be happening right on our doorstep – in plain sight – and we all have a part to play to help prevent it.

This afternoon, members of the Force’s dedicated Complex Abuse team met with partners from Durham Constabulary, Newcastle Council, Changing Lives, the Department for Work and Pensions (DWP) and the National Crime Agency to discuss how successful partnership work helped to bring down a human trafficking gang in Newcastle.

The operation named ‘Cluster’ succeeded in safeguarding victims and bringing to justice seven defendants, who, earlier this year were collectively convicted of 34 offences.

Detective Chief Inspector Claire Wheatley, head of the Complex Abuse Investigation team, said: “This was an intricate human trafficking and modern day slavery investigation involving members of an organised crime group, which exploited vulnerable people from Slovakia and the Czech Republic. By working closely with our partners in the DWP, HM Revenue and Customs and immigration, we were able to leave no stone unturned in our investigation and gather crucial evidence which ultimately helped to bring those responsible to justice.

“The purpose of today was to bring all those involved in Operation Cluster together so we could reflect on our partnership work and look to identify new and improved ways we can safeguard and support victims as well as tackle, disrupt and prosecute offenders.

“Modern day slavery crimes are being committed across the country, including here in the North East. Many of the crimes are still hidden which means the victims of these terrible offences also remain hidden which is why we are continuing to ask people to report any suspicious behaviour to us.”

The conference was held at the Copthorne Hotel in Newcastle, with a number of guest speakers, including Dame Vera Baird QC, Police and Crime Commissioner for Northumbria Police.

She said: “I am honoured to be opening such an important event. Tackling modern day slavery is a complex issue that requires a holistic approach from every and all of our partners as well as police. This type of crime is often hidden from sight and many people do not realise these offences can and do happen on our doorstep. We all have a responsibility to help and we are determined to do all we can to protect those who may be vulnerable.”

They were also joined by Crime and Victims’ Commissioner for Durham Constabulary Ron Hogg. He said: “This event provides an excellent opportunity for all of us to work together raise awareness of the need to be vigilant, identify shared responsibilities and agree co-ordinated responses. We all need to make sure that best practice is followed in our own organisations.”

Guests were also shown a powerful video made by a group of students from Sunderland University, which highlights the plight of those who find themselves victims of slavery, trafficking and exploitation.

Hidden in Plain Sight, tells the story of three young people trafficked from Eastern Europe in to the UK and forced to work in a car wash. It is the latest in a line of successful collaborative projects with the university over the last five years during which themes addressed include consent, sexual exploitation, domestic violence and cyber-crime.

The short film, which was funded using proceeds from Dame Vera’s Community Fund, reinforces the message that if something doesn’t appear right, it probably isn’t, and encourages people to report suspicious behaviour to the police.

For more information you can follow #HiddenInPlainSight on social media.