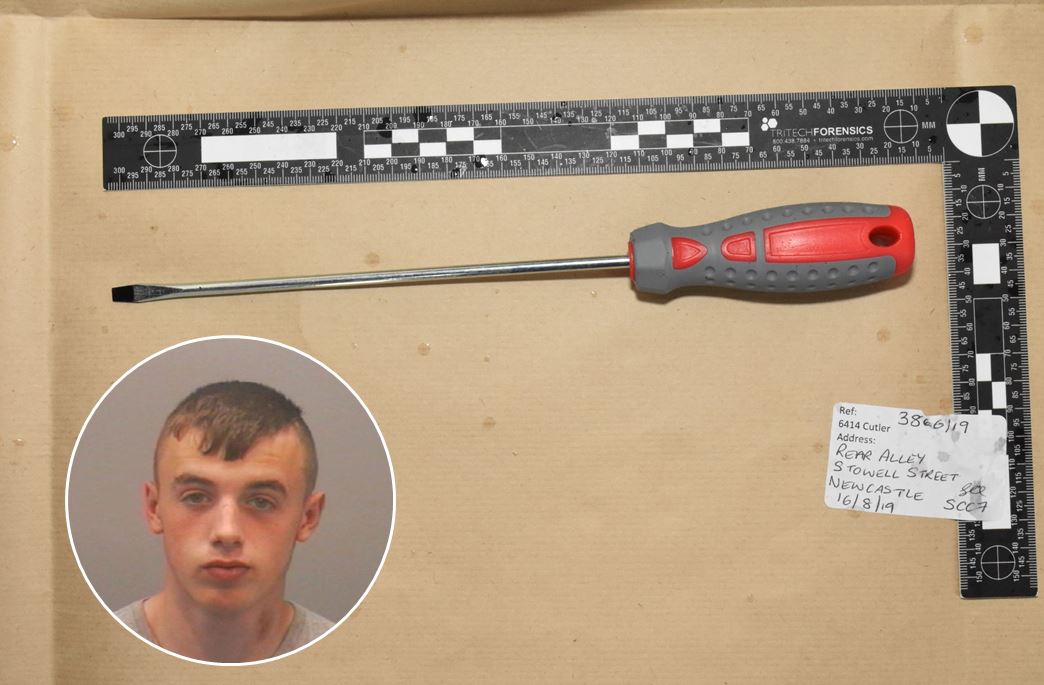 Ireland, of Anson Place, Newbiggin Hall, was already acting in an agitated manner when he bumped into Mr Duncan on the evening of August 14 as he made his way into the shopping centre.

It was then that Ireland, who was 17 at the time, become aggressive and stabbed the father- of-two.

Emergency services attended the scene and Mr Duncan was taken to hospital where he sadly died from the single puncture wound.

After fleeing the area, detectives launched an investigation and four hours later Ireland was brought in to custody.

He was charged with murder and pleaded guilty at Newcastle Crown Court on September 16. Today (Tuesday) he attended the same court and has been given a life sentence, of which he must serve a minimum least 15 years.

Following the sentencing, lead investigator Detective Chief Inspector Jane Fairlamb, said: “This tragedy shocked the community and our thoughts very much continue to be with Peter Duncan’s family and friends at this incredibly difficult time.

“A loving and caring family man has been taken from them in the most horrific of circumstances. Mr Duncan was simply on his way home – a journey he had made a number of times before and one he should have been making today.

“The actions of Ewan Ireland have devastated the family and while nothing can ever change what happened, I hope they can take some comfort in knowing the person responsible for his death has been brought to justice.

“I want to send an unequivocal message to anyone who chooses to carry a weapon of any kind that it is completely unacceptable and those who do face being caught and finding themselves before the courts.

“I urge you to think again and look at the pain this incident has caused to all involved. Not only could you destroy someone else’s life and those of their loved ones – but also think of the impact on your life and that of your family and friends.”

Det Chief Insp Fairlamb praised the public for their support with the investigation and reiterated that Newcastle remains one of the safest cities in the country.

She said: “Murders are extremely rare in Newcastle city centre and I want to reassure the public that we remain committed to doing everything we can to ensure the streets where we all live and work remain among the safest in the country.

“As part of our ongoing commitment to tackling violent crime, we work very closely with partners across the Force area. This includes prevention activity such as educating children and young adults about the dangers of carrying weapons.

“A Violence Reduction Unit has also recently been set up for our area to help understand and tackle the root causes of serious and violent crime.”

The family of Peter Duncan have previously issued a statement in which they said: “Peter was a kind and caring man who was always first to help others.

"He was a devoted father, husband, son, brother, uncle and friend and loved by all who knew him. His death will leave such a huge hole in our lives and he’ll be deeply missed by us all.