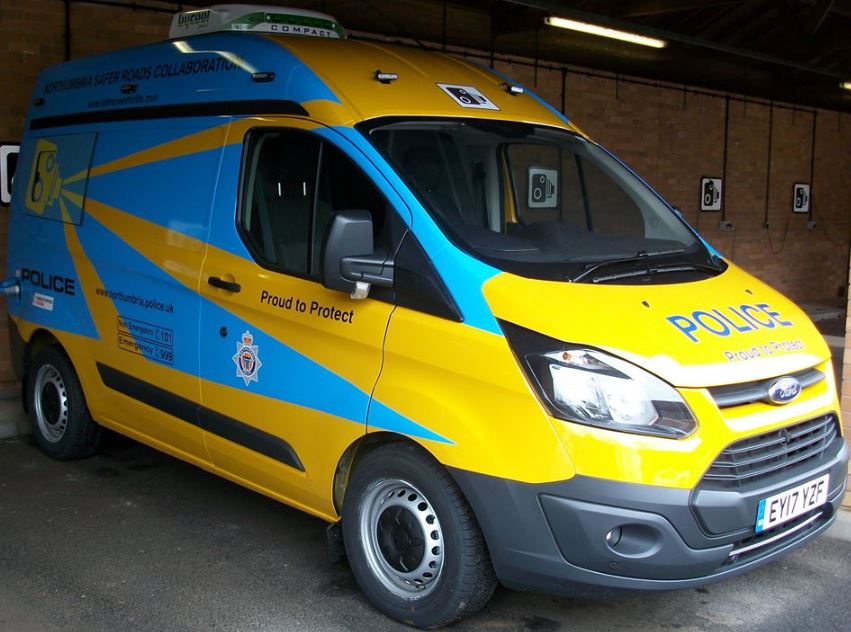 No need for speed!

Residents in Berwick have praised police after a speed camera van has captured 100 drivers for speeding in five hours.

The mobile van was implemented last week after concerns from the community over the dangerous levels of speeding on the roads in the area.

Berwick Neighbourhood Inspector John Swan, from Northumbria Police, said: “It was lovely to hear how much support the camera operator received from the community and I hope this reassures residents that we take community concerns very seriously and they are being listened to.

“It remains vital that we continue to work to keep our streets safe for all road users and our work will not end here. More vans will be out on patrol including other areas across north Northumberland where communities have raised similar concerns.

Insp Swan added: “We’ve seen people travelling at high speeds around tight-cornered country roads, which is dangerous enough, but now we’re getting into icy weather and speeding can have some life changing consequences.

“It is a very simple message that we continue to push – speeding is never worth it, it can not only change your life but the lives of anyone you hit and that of friends and family from all involved.

“Think twice before hitting the accelerator – it could be your life.”