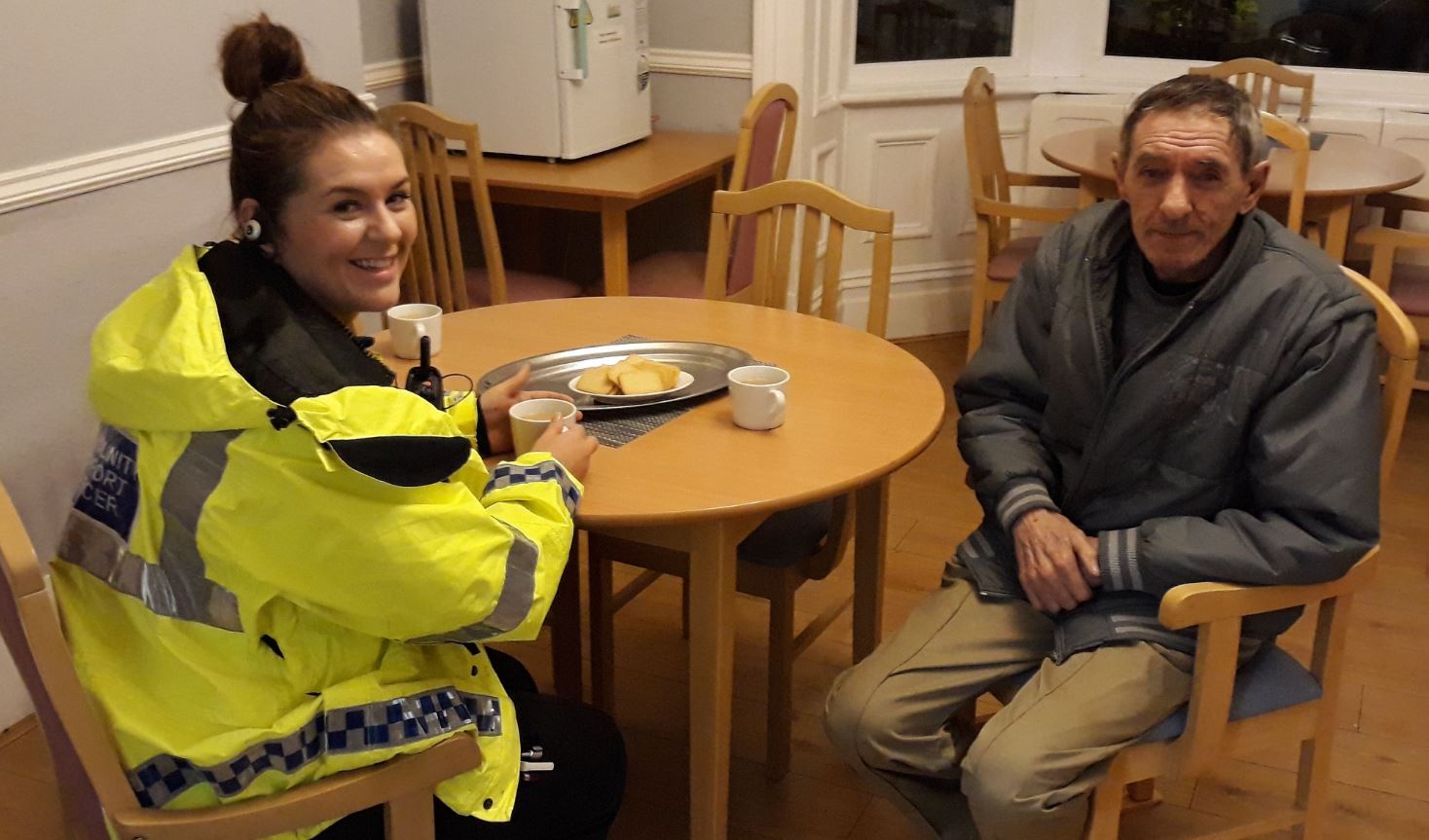 A Lemington pensioner has been given a new lease of life and his family are full of praise for Northumbria Police.

It was frequently visited by people who sought to take advantage of him.

Concerned, Northumbria Police stepped in and although unable to secure enough evidence for a prosecution officers were so saddened by the OAP’s living conditions that they went above and beyond in an effort to restore happiness to his life and worked with partner agencies to find him a safe home.

PCSO Darren Atkinson said: “Speaking to Reg at his home address it was apparent the living conditions were extremely poor and he was a vulnerable elderly man.

“He really needed help from police and partner agencies.”

Despite the offer of help, Reg who had lived at the property for 35 years, was reluctant to leave, turning down numerous offers of a new place to call home.

He had also refused the help of family – who had tried on numerous occasions to get him to take up more suitable accommodation.

But Northumbria Police and partner agencies eventually managed to persuade the 71-year-old to make the much-needed move.

He is now settled at a new location, happier than ever.

PCSO Atkinson added: “Reg is delighted with the move. His appearance has changed dramatically and most importantly of all, he’s wearing a smile!

“The desire to help people and keep them safe is the reason most of us go into police work and it was a privilege to help Reg escape his bleak living conditions.

“This was a team effort between Northumbria Police and Newcastle City Council, especially social worker Christina Moore. We’re all really pleased that he has a nice new home in time for Christmas and efforts are still ongoing to look after Reg long term.”

Praising the police and council, Reg’s daughter said: “Although it was sad that he had to leave his home, I was thrilled to hear that he’d been given a temporary, more importantly a safe environment, to live in until a permanent place becomes available for my Dad.

“I was taken aback when I received my first call from the police and initially worried what had gone on, however, from that first call to now, the change in my dad since he was moved is really clear.

“The officers gave me an extension to call and they have been very happy to listen to my concerns and answers questions I’ve had.

“The officers’ commitment, communication and attitude is something worth praising.”

Cllr Karen Kilgour, Newcastle City Council cabinet member for Health and Social Care, said: “It’s heart-warming when we hear positive outcomes like this and it just demonstrates the strength of partnership working.

“The lengths Christina and her colleagues went to in this instance is typical of the compassion and dedication of all our social workers which people see throughout the city on a daily basis.

“It’s wonderful Mr Watson is so thrilled with his change of circumstance and I must thank Northumbria Police for their efforts here.”