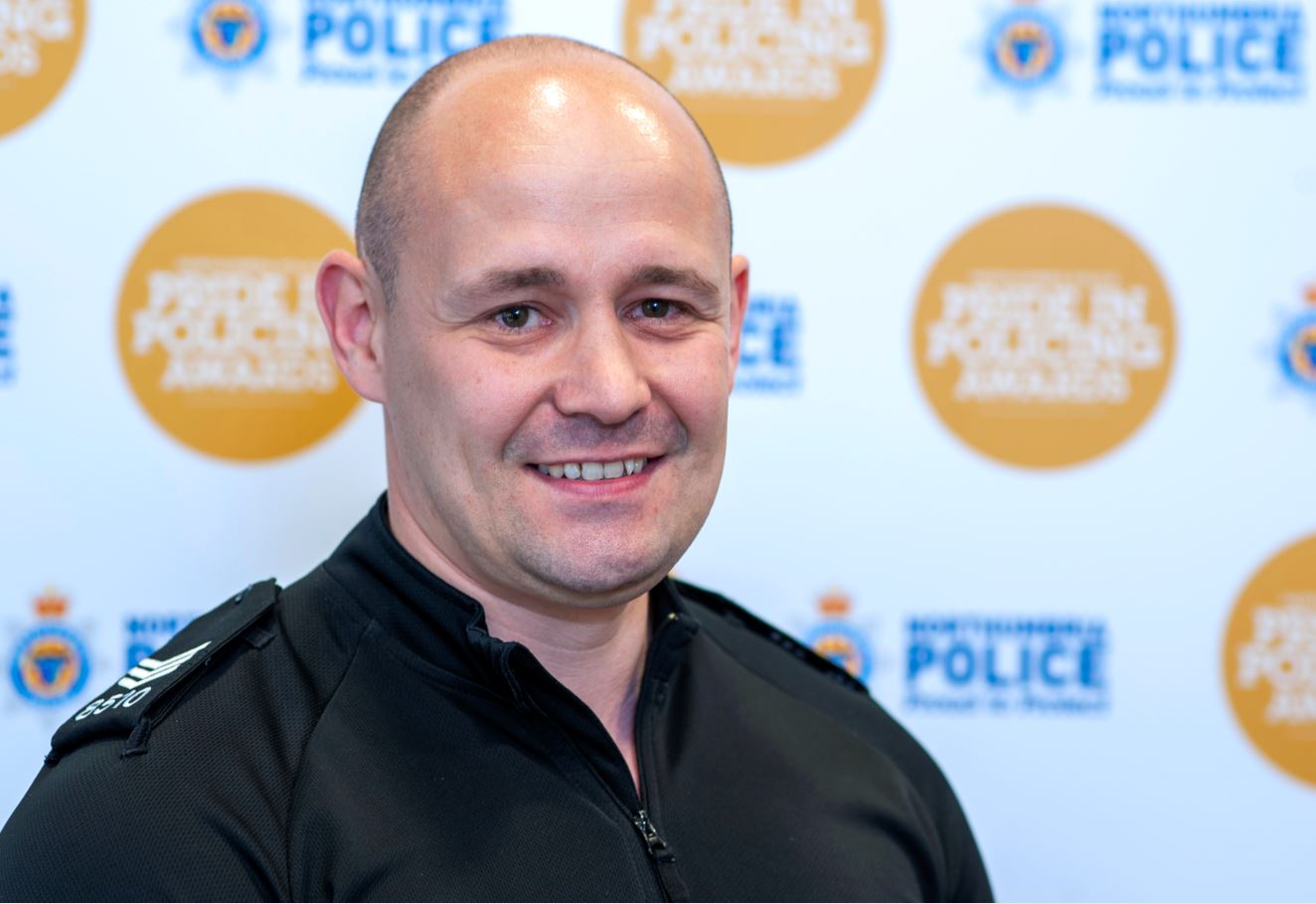 A dedicated sergeant has been praised by two of the Force’s leading figures for his role in a revolutionary project which prevents young people from succumbing to a life of crime.

For Sergeant Jason Henry, his job is no longer about pursuing criminals, but working with those vulnerable teenagers they look to exploit as part of a pivotal project which deters young people aged between eight and 14 away from knife crime, gang culture and serious violence.

The initiative, named the YOLO project, utilises a popular mentoring scheme delivered by Newcastle and Sunderland’s foundations and brings together the area’s six local authority youth offending teams and a variety of charities, thanks to funding from the Home Office.

And now, Sgt Henry’s hard work and endeavours have attracted the praise of two of the Force’s leading figures involved in the scheme.

Superintendent Barrie Joisce has been involved with the project since its inception and was so impressed with Sgt Henry’s work that he nominated him for a prestigious award at this year’s Pride in Policing awards.

He said: “As police, one of our main aims is to pursue offenders but our role is changing. We also have a duty to prevent crime from happening in the first place.

"That’s why this scheme is so important. It reaches those young people at risk of slipping into a life of criminality and gives us a chance to help educate them about the dangers of serious violence, risks of exploitation and helps us steer them down a different path.

“Jason has shown he is passionate about the young people he works with and about making the programme a success across the Force area. And it’s through his leadership, approachability and tenacity we’ve seen the successes we have.

"He is a great role model not only for those young people and their families but for partner organisations that get to see how instrumental the police can be in early intervention schemes.

“On behalf of the Force, I want to say a huge thank you to Jason. He has done such a fantastic job in bringing together so many different organisations and helping us to work together to achieve a common goal which brings such benefits to our communities.”

Supt Joisce’s sentiments were also echoed by Police and Crime Commissioner Kim McGuinness, who is a proud advocate of the scheme.

She said: “I’ve heard some real success stories that have come from the YOLO project - a credit to Jason and all involved, so thank you. With the right people steering projects like this we can make a real impact.

Sgt Henry said: “The YOLO programme continues to be a fantastic project to be involved with and it has been rewarding to see the benefit it has brought to so many young people across our region.

“Colleagues across departments and our partner agencies come into contact with young people and recognise they are at a crossroads in their lives. Without so many pro-active referrals highlighting these young people, it would have been impossible to deliver this project.

"Together we have seen young people re-engage with school, get involved in activities within their communities and make informed, positive choices in their own live meaning they have a brighter future.”