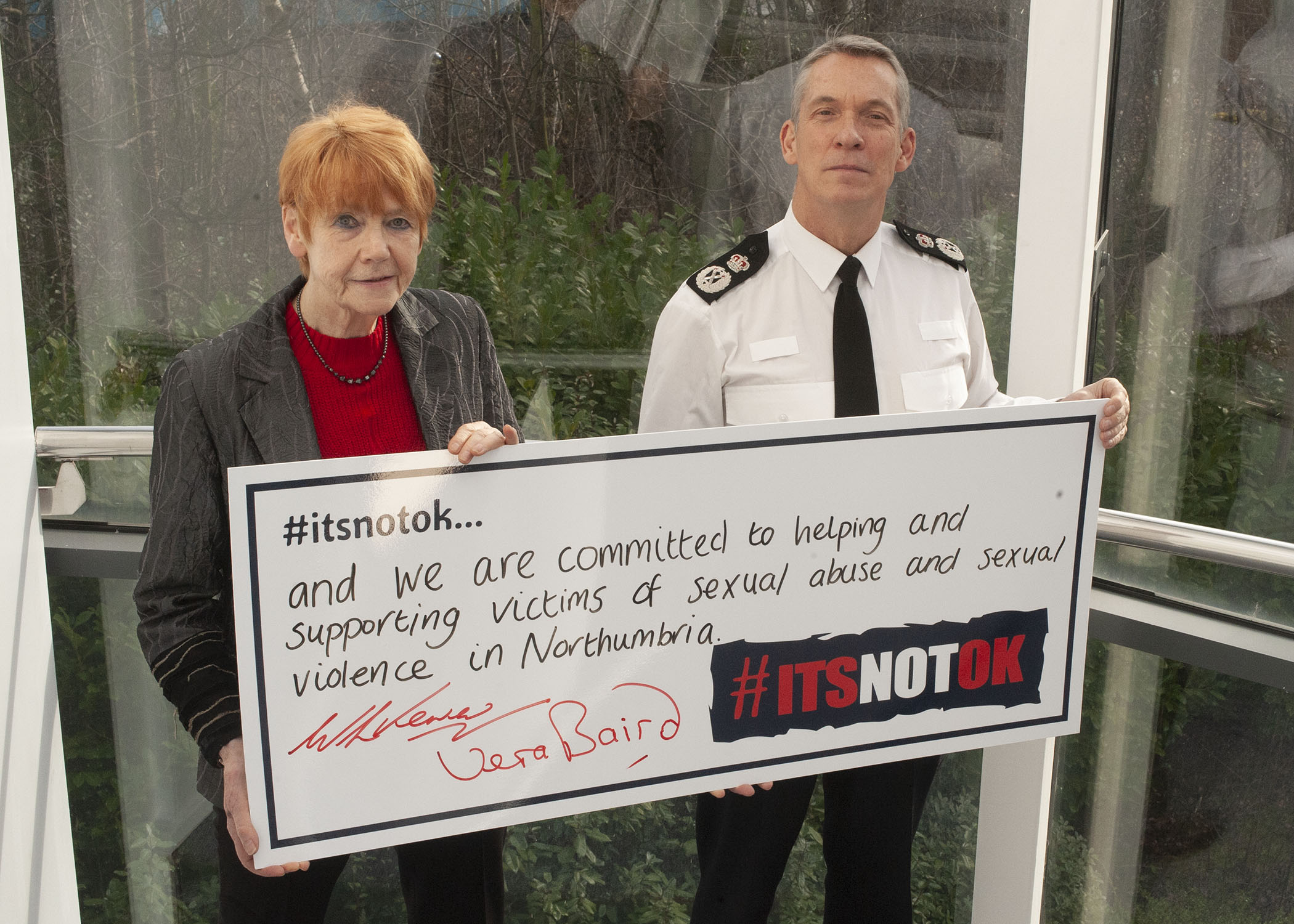 To mark the occasion, they have signed a pledge to support and help all victims in Northumbria – to help reassure them that they will be supported as well as encouraging them to speak out.

The week-long campaign, which is supported by a number of charities including Survivors UK, Rape Crisis England and Wales and the NSPCC, aims to raise awareness and break the silence around these issues.

Dame Vera said: “Sexual abuse is a criminal offence. For me, it’s important that we take the time to raise awareness and highlight the help and support available to anyone who is suffering. I understand that it takes immense courage to open up about being a victim of a sexual offence but I want all victims to know that if they take the brave steps in coming forward – support is there – we have trained officers and work with charity specialists who can offer round-the-clock support. There are people who want to listen and can help – you’re very much not alone.”

Chief Constable, Winton Keenen, added: “I want to make it absolutely clear that our number one priority as a Force is to protect vulnerable members of the communities we serve, which includes victims of sexual abuse and violence.

“My message to victims of these types of truly abhorrent offences is please don’t suffer in silence. Our dedicated officers are here to give you a voice and by working with our partners can help ensure you receive the support you need.

“As well as protecting victims, we will also do everything in our power to pursue offenders and bring them to justice.”

Victims of sexual abuse and violence are encouraged to contact police or one of the dedicated charities which can offer advice, including Victims First Northumbria on 08000113116.

Anyone who has concerns or suspects someone could be a victim of these types of offences is also asked to get in touch with police.