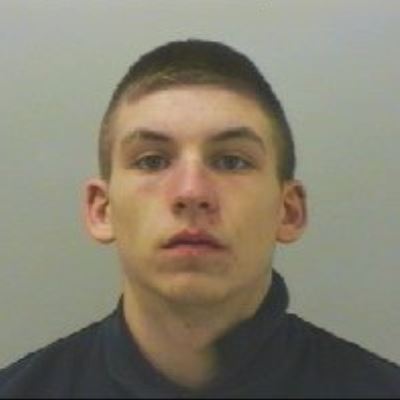 A burglar who tried to avoid arrest by climbing onto a roof and engaging in a six-hour stand-off with police has been jailed.

Grant Ferguson, 20, was wanted in connection with two burglaries in Newcastle when he was confronted by officers at an address in Kenton last April.

He had been identified through CCTV footage as being responsible for the burglaries in Gosforth where a number of items, including a motor vehicle, were stolen.

But when officers turned up at the address on Mallowburn Crescent to arrest him he made a daring bid for freedom and climbed out the window and onto the roof.

Ferguson, who was 19 at the time, verbally abused officers on the ground and targeted them with roof tiles and objects that he could find on top of the building.

Police were unable to scale the building in case the suspect fell from the roof and the result was a six-hour stand-off that caused huge disruption to nearby residents.

A court was told how people living in the area were unable to get to their cars, bus routes had to be diverted and parents had to use a back entrance to pick their children up from a local school.

He was eventually arrested at about 3pm on the evening of April 24 last year and charged with a string of offences including affray, causing a public nuisance and burglary.

He said: "Grant Ferguson is a prolific thief who caused huge disruption to residents in Kenton because he refused to be a man and take responsibility for his actions.

"He spent six hours in the rain on a roof, caused significant criminal damage and pelted police officers and police vehicles with TV aerials and loose objects.

"Not only is that type of behaviour incredibly dangerous to innocent members of the public but it requires a huge police response.

"As well as risking his own safety, he also took a lot of resources off the streets and away from others who may have desperately needed a police response – despite him having no chance of evading arrest.

"Ferguson was immature, reckless and selfish. He deserves the lengthy sentence handed down to him by a judge and will have time to reflect on his behaviour.

"I want to take this opportunity to again thank the public in Kenton for their patience with police on the day of the stand-off.

"Hopefully this sentence shows just how seriously the courts take this type of disorder and brings some justice to those most affected."

Dallan Tearse, 19, was arrested at Mallowburn Crescent prior to the stand-off and later admitted two counts of burglary in the Gosforth area.

Tearse, of King Charles Tower, Shieldfield, Newcastle, and who was 18 at the time of the offences, received a two-year custodial sentence after pleading guilty to the charges before him at Newcastle Crown Court on Wednesday.

Grant Ferguson jailed for Kenton stand-off
Play
back to top