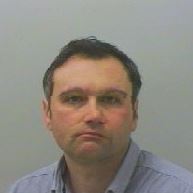 A man who threatened his autistic neighbour and verbally abused her with a string of disgusting slurs has been convicted at court.

The 31-year-old woman had lived with her partner at the flat they shared in Kielder Terrace, North Shields, for two years before Paul Lyness moved in next door.

A court was told how he proceeded to play loud music and host parties with friends into the early hours of the morning.

His behaviour left his autistic neighbour extremely distressed as her disability left her sensitive to loud noises and disruption to her normal routine.

She submitted a complaint to her local council and the court was told how this had led to friction between her and Lyness.

Tensions eventually boiled over on the evening of April 19 last year when the woman was having a cigarette in her back garden.

It was then that Lyness, 41, started throwing objects around his own back yard while screaming obscenities at the top of his voice.

The 31-year-old woman began to video his behaviour at which point he said "I'm going to rip your throat out" and used derogatory phrases referencing her disability.

She fled inside and rang the police to the report the incident and officers later arrested Lyness on suspicion of a public order offence.

A court was told how the offence was then investigated as a hate crime due to the references to the victim's autism.

Following the case, his victim thanked officers at Northumbria Police and said they had "made her feel safe again" after months of abuse.

She said: "I hadn't been diagnosed with autism for that long before this happened and I was going through a really difficult time.

"On that particular night he had been making a lot of noise in the garden and I was already feeling worried about it.

"When he saw me recording what he was doing he got even more angry and that's when he threatened to rip my throat out.

"It was then that I knew I had to get the police involved but even that worried me as I didn't know whether it would just make things worse.

"The officers who came out were really comforting and made me feel safe again after months of feeling like I was treading on eggshells.

"They treated me with respect, reassured me that it wasn't my fault and I'm glad that this man has been dealt with in court for how he treated me.

"If anyone else is in my shoes and doesn't think the police will believe them then I want you to know that the best thing to do is to report it."

He said: "The victim in this case has been incredibly brave to come forward and report what has happened to her to police.

"Even if she wasn't autistic this would have been brought before the courts but that is an aggravating feature in this case.

"She has been living in fear and when she has tried to capture evidence of his behaviour she has been subjected to vile slurs about her disability.

"Nobody should be made to feel unsafe just because of who they are and it was only right that this was treated as a hate crime.

"That meant Paul Lyness received a tougher sentence in court and I hope that helps bring some justice for the victim in this case.

"We will not tolerate people being targeted for who they are. Being you is not a crime and if you are a victim of hate crime then please get in touch.

"There are a number of ways you can report it and this case shows that something can be done if you pick up the phone and call the police."

As well as the suspended sentence, Lyness was also made to pay compensation of £100, a £115 victim surcharge and £300 in costs.

You can report a hate crime in a number of different ways either directly to police using the 101 number or through a third party reporting centre.

For info and advice on how to report an incident click here: https://beta.northumbria.police.uk/our-services/report-an-incident/hate-crime/