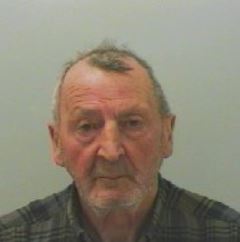 A drug dealer from Blyth has been sentenced to five-and-a-half years in prison.

Carlo Risi, 66, was sentenced after admitting being in possession of heroin with intent to supply.

A warrant executed back in December 2017 found Risi to be in possession of a quantity of heroin – a Class A drug – with an estimated street value of about £7,000. He was also found to have £15,000 in cash.

Officers then worked tirelessly on an investigation surrounding Risi – pulling together evidence and working with partners.

As a result, he was arrested again on May 26 last year, and once again charged with possession with intent to supply heroin after officers found a further stash of the drug and £3,000 in cash.

On Tuesday, Risi, of Edendale Avenue in Blyth, was put before a judge at Teeside Crown Court and sentenced to five-and-a-half years in prison after he admitted the charges against him.

Sergeant David Ostle, one of the lead officers in the case, said police had made a significant impact on the supply of drugs in the area.

He said: "We built an extremely strong case with overwhelming evidence which had been pulled together through a thorough investigation.

“Drugs can have a devastating impact on the community and I am delighted that we have managed to make a significant impact on the supply in this area.

"Class A drugs are extremely dangerous and this investigation has helped to keep our region a safe place to live and work.

"Sentences such as this one should act as a deterrent to anyone else who thinks they'll get away with criminal activity – drug-related or other.

"Northumbria Police are here and ready to pursue criminals and protect the communities we serve.”