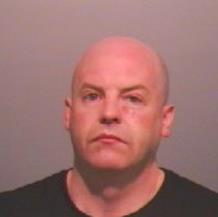 Pearse Shaun Armstrong from Belfast has been found guilty of sexual assault after forcing himself on a woman in a hotel room last year.

A party-goer who came to Newcastle on a stag do has been found guilty of sexual assault.

Pearse Shaun Armstrong, 40, of no fixed abode but from the Belfast area of Northern Ireland has been found guilty today (Thursday) of sexually assaulting a woman in a hotel room after a night out in Newcastle.

Armstrong approached the victim at the front entrance of the Travelodge in Dunston, Gateshead as she and a friend got out of a taxi in the early hours of Sunday, October 22. He followed the women back to their room.

Armstrong, who was also staying at the hotel, entered the room uninvited and one of the girls went to seek assistance to try and get him out of the room. When she left the room the man began undressing himself and began to sexually assault the victim.

A concerned occupant in an adjacent room heard the woman shouting and came to their door where the friend of the victim asked them to help. When they entered the victim's room the was man was topless with his trousers round his ankles and the victim ran out the room in a highly distressed state. They reported the incident at reception and police attend and Armstrong was arrested in the hotel.

He was later charged with sexual assault and has now been convicted at Newcastle Crown Court.

Detective Constable Simon Dobson who led the case has welcomed the verdict and said the victim has been left traumatised by the whole ordeal.

Det Con Dobson said: "The victim has come to Newcastle to enjoy time with friends and this is not a situation anyone visiting the city should have to face at the end of a night.

“He has preyed on the victim forcing himself on her for his own sexual gratification.

"She has been so brave to stand in a court room and relive this ordeal through the trial with no remorse from Armstrong at all.

"I welcome the verdict from the jury and hope this woman can try to rebuild her life.

"Newcastle is a safe place to visit and socialise but there are sadly people like Armstrong who think they have a right to seek out women with the intent of a sexual encounter.

"You don't have the right, no one has the right, to force themselves on another person and anyone who does, we will take action and put you before the courts."

Armstrong was bailed and will be sentenced at Newcastle Crown Court on Monday, August 19.

If you have been a victim of sexual assault or rape, whether this is recent or historic, please come forward and contact police on 101, or 999 in an emergency.