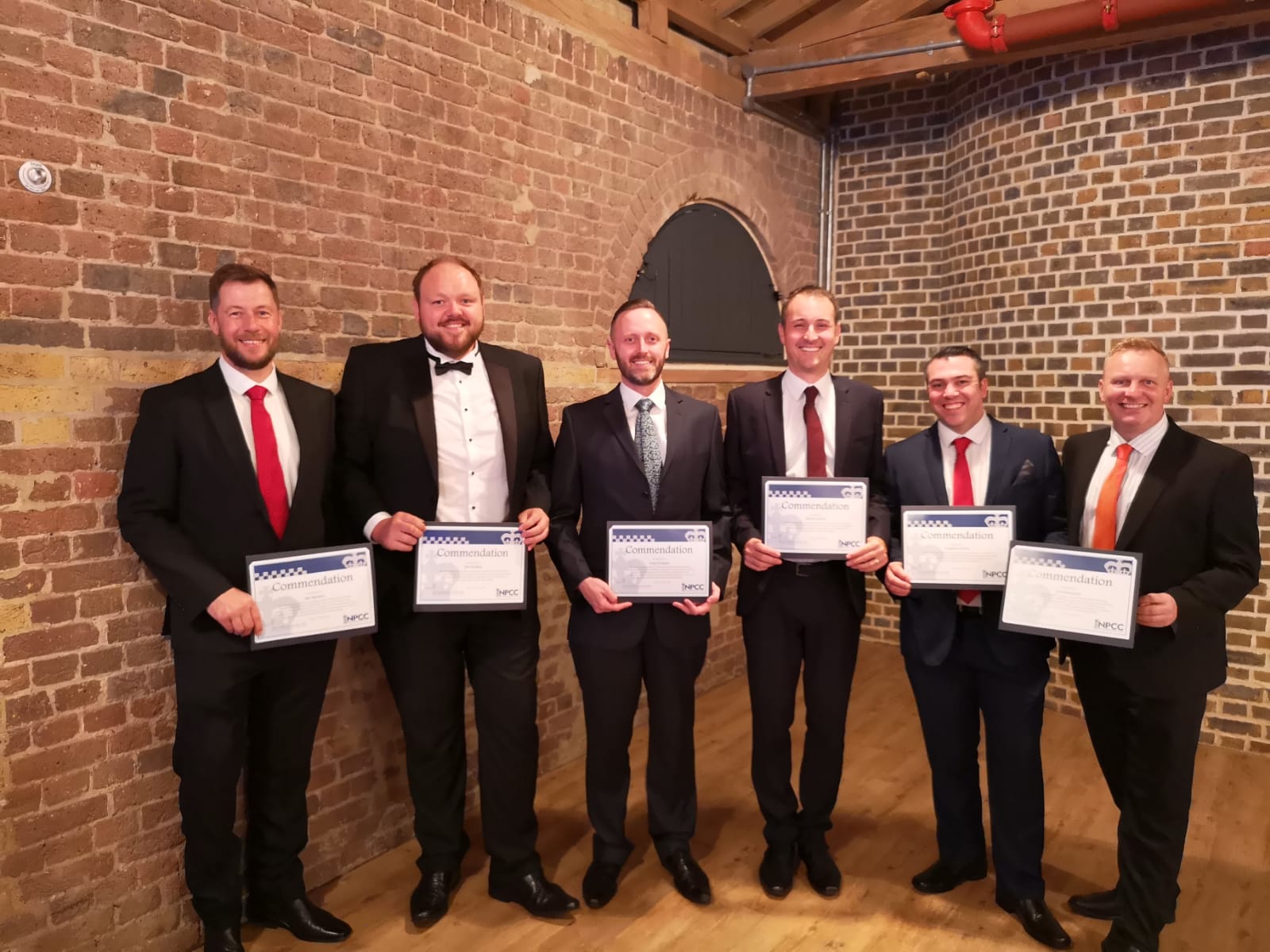 Officers from Northumbria Police and the North East Regional Specialist Operations Unit (NERSOU) have received commendations for their exceptional work in the growing field of cybercrime.

Teams from across the country gathered at a special ceremony held at The Museum of London Docklands last Thursday, where they were recognised for their hard work and ongoing efforts to tackle online crime by Chief Constable Peter Goodman of Derbyshire Police in his role as National Police Chiefs’ Council (NPCC) lead for Cyber Crime.

Officers involved in Operation Bottlebrush, an investigation into unauthorised access of computer material involving an American based company, whose social media page was hacked back in 2017 received a commendation for their handling of the complex case. Detective Inspector Jon Stansmore, Sergeant Greg Hodgson and Sergeant Ian Sanders from the Region’s Cyber Crime Unit were praised for their close work with the victim and their sensitive handling of the perpetrator.

Also commended were their colleagues, Detective Sergeant Martin Wilson, Protect Officers Jonathan Green and Jon Hudson from NERSOU who worked alongside their counterparts at Northumbria Police, Superintendent Mick Barton and Detective Sergeant Dave Henderson to create and implement a new team of cyber volunteers based in the force and operating across the region.

The volunteers will share their specialist skills and experience to help with ongoing investigations into cybercrime and to help advise local businesses on how to protect themselves against hacking and malicious communications.

Detective Chief Inspector Sharon Chatterton from Northumbria Police’s Crime department said: “Firstly, I’d like to say well done to all of the officers who received commendations. Cybercrime is a growing trend and is something we need to work hard at responding to due to its quick and adaptable nature.

“This is an absolutely fantastic achievement for the Force who is taking a proactive and innovative approach to making sure we are at the forefront of tackling crimes such as online grooming, hacking and fraud.

“We are also very proud of our cyber volunteers. We are lucky to have recruited such expertise and advanced skills into the region.”

Detective Inspector Jon Stansmore from NERSOU said: “It is wonderful to be recognised for our hard work and progress in the field of cybercrime. We are committed to tackling cybercrime and know that by working with our neighbouring forces and using the expertise of professionals with experience in the industry, we can do just that.”