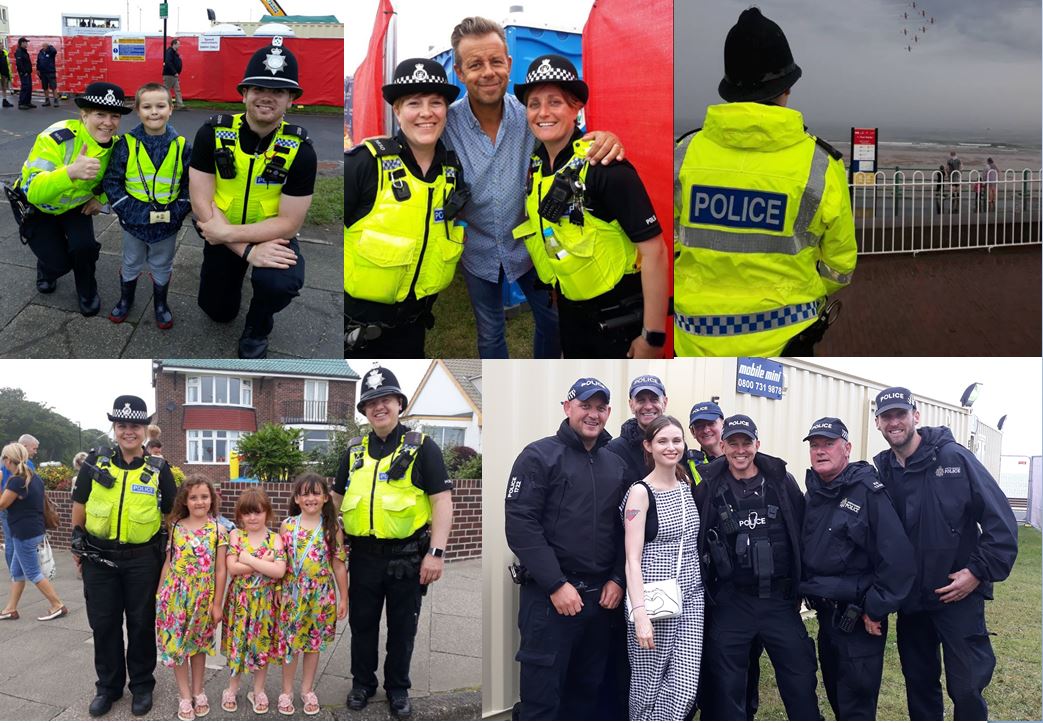 A total of nine arrests were made during the weekend, and Superintendent Mark Hall thanked the public after the event mainly passed without incident

Northumbria Police have thanked the public for playing their part at another successful Sunderland Airshow.

Tens of thousands of spectators descended on Roker and Seaburn seafront for the 31st year of the Airshow, which began on Friday afternoon and continued through until Sunday teatime.

Despite the unpredictable weather, a feel-good atmosphere spread across Wearside to mark one of the North-east’s flagship events, and the city of Sunderland shone once again in the international spotlight.

Police were on duty throughout the three-day spectacle to keep visitors safe and engage with the public, who looked to the skies in delight as the spectacular flying displays were staged above.

Superintendent Mark Hall, Northumbria Police’s silver commander for Sunderland Airshow, thanked the public for their patience and cooperation as another event passed mainly without incident.

“This was my first year as the silver commander for the Airshow, and I am absolutely delighted that everything went as planned,” Supt Hall said.

“I’m a Sunderland lad, I grew up attending the Airshow with my parents, and know how it continues to be a huge favourite across the region – come rain, or shine!

“But this event is only possible because of the visitors who attend, and I would like to praise the behaviour of spectators during what was a busy weekend in the city.

“We experienced very few incidents of note, making just nine arrests over the course of Airshow weekend, and despite the adverse weather everyone helped to create a positive atmosphere on the seafront.

“I would like to pay tribute to my staff, event organisers, and our partnerswho put in months of planning and hard work, as well as the public who made it a weekend to remember. Thank you – and roll on next year!”

Sunderland City Council, the organisers of the Airshow, also thanked the public for their contribution on a memorable weekend.

Councillor John Kelly, Sunderland City Council Portfolio Holder for Communities and Culture, said: “It’s the continued support of the people of our city and our visitors which make Sunderland Airshow the fantastic event that it is.

“I hope all those along our award-winning seafront this year enjoyed the mix of aerial displays, live music, ground displays and family entertainment.

“I’d like to thank everybody who came along to join us, and look forward to welcoming you back to Sunderland to enjoy the many events we host throughout the year.”