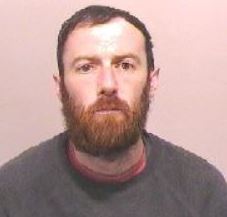 Man pleaded guilty to 16 counts of sexual offences including rape, sexual activity with a child and sexual assault.

A man who went missing before police were able to question him over child sexual abuse allegations has today been sentenced to 14 years for a string of offences.

In March this year, William Orchin, 34, of Houghton, went missing from his home address before officers were able to speak to him in connection with the alleged sexual offences.

He was located a week later in Scotland and was brought back to Sunderland by local officers.

Orchin has today, Thursday, June 20, been sentenced to 14 years behind bars at Newcastle Crown Court for 16 sexual offences including rape, sexual activity and sexual assault.

Detective Constable Steve Hawkins of the Force's Safeguarding Department said: "Today is a day of closure for these victims after suffering unimaginable abuse.

"I want to commend the bravery of the victims in coming forward and I hope it gives them some solace that this man is now behind bars and will never be able to abuse them again.

"I would encourage anyone who has been a victim of any form of abuse to speak out and seek help."