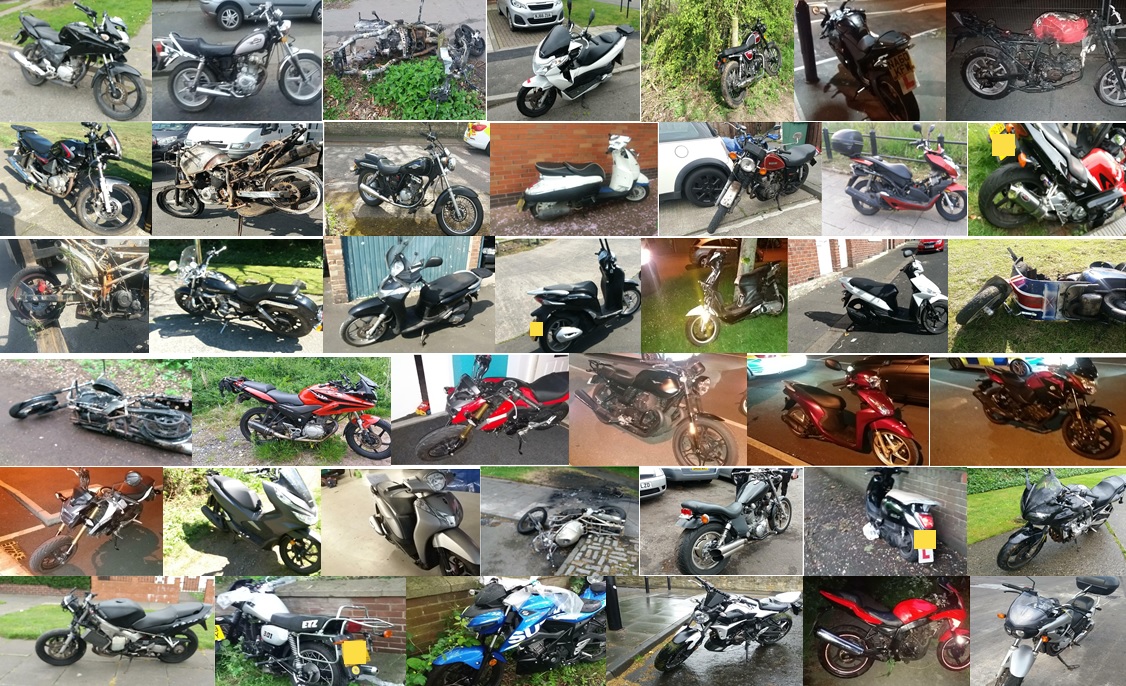 A senior police officer has warned “someone is going to get hurt” after the emergence of teams of motorcycle thieves in our region.

Detective Chief Inspector Paul Knox has made the warning after it emerged 92 motorcycles had been stolen across Newcastle and Gateshead in just two months.

Teams of thieves have been riding three or four atop a motorcycle and then riding through estates, shopping centres and large car parks to spot other motorcycles.

One of the riders will then try and break the steering lock on the bike and then flee the scene, with thefts taking place in a matter of seconds.

There have also been reports of the thieves following motorcyclists home and taking the bikes when they have been left parked in the driveway.

And delivery drivers have also had their bikes stolen after leaving them running on the street as they drop takeaways off at an address.

And they have had lots of success, tracking down more than 50 of the 92 bikes stolen since April and arresting dozens people for motorcycle-related crime.

Today DCI Knox said that they are taking the problem seriously but that Newcastle and Gateshead are not experiencing the same violent crimes as seen elsewhere in the country.

He said: “It is a real concern and it's only a matter of time before somebody gets hurt, either a member of the public, another road user or one of the kids themselves.

“These are not gangs but they are organised little teams of thieves who are riding around stealing motorbikes. We are not a London, but the problems seen in London started somewhere.

“They are quite bold. They are going to work yards and taking bikes in front of people. Fast food delivery drivers will often just put a steering lock on, and they are easy to spot and follow.

"The numbers are big now. We are talking about bikes worth hundreds of thousands of pounds and it is just so prevalent.

“In the main, these are kids who are taking these in order to steal other bikes and to use to commit other petty crime. Some of them are just 13 or 14 years of age.”

DCI Knox is not just concerned about the criminality, he is also worried that the actions of the thieves could lead to a serious collision on the roads.

He added: "We are really concerned about the road safety issues. They do present a risk to people going about their daily business.

“They are riding with no real helmets and doing dangerous manoeuvres. They are going over grass and up pavements. They present a significant risk to road users.

“We have got a team of six officers dedicated to this and they are taking a really proactive approach. Our motor patrols team are engaged in this, but it does present risks and we have to be very careful about what tactics we deploy.

“There's some real basics we can do to stop them. A simple disc lock would help stop them. Just secure your bikes, make it difficult for them.

“And contact us if you see people riding two or three up on a motorbike, or people riding without helmets. We are relying on the public to help."

The Benelli team are based at Etal Lane Police Station and review every incident where a motorcycle has been used in the commission of a crime and try to establish any patterns of behaviour.