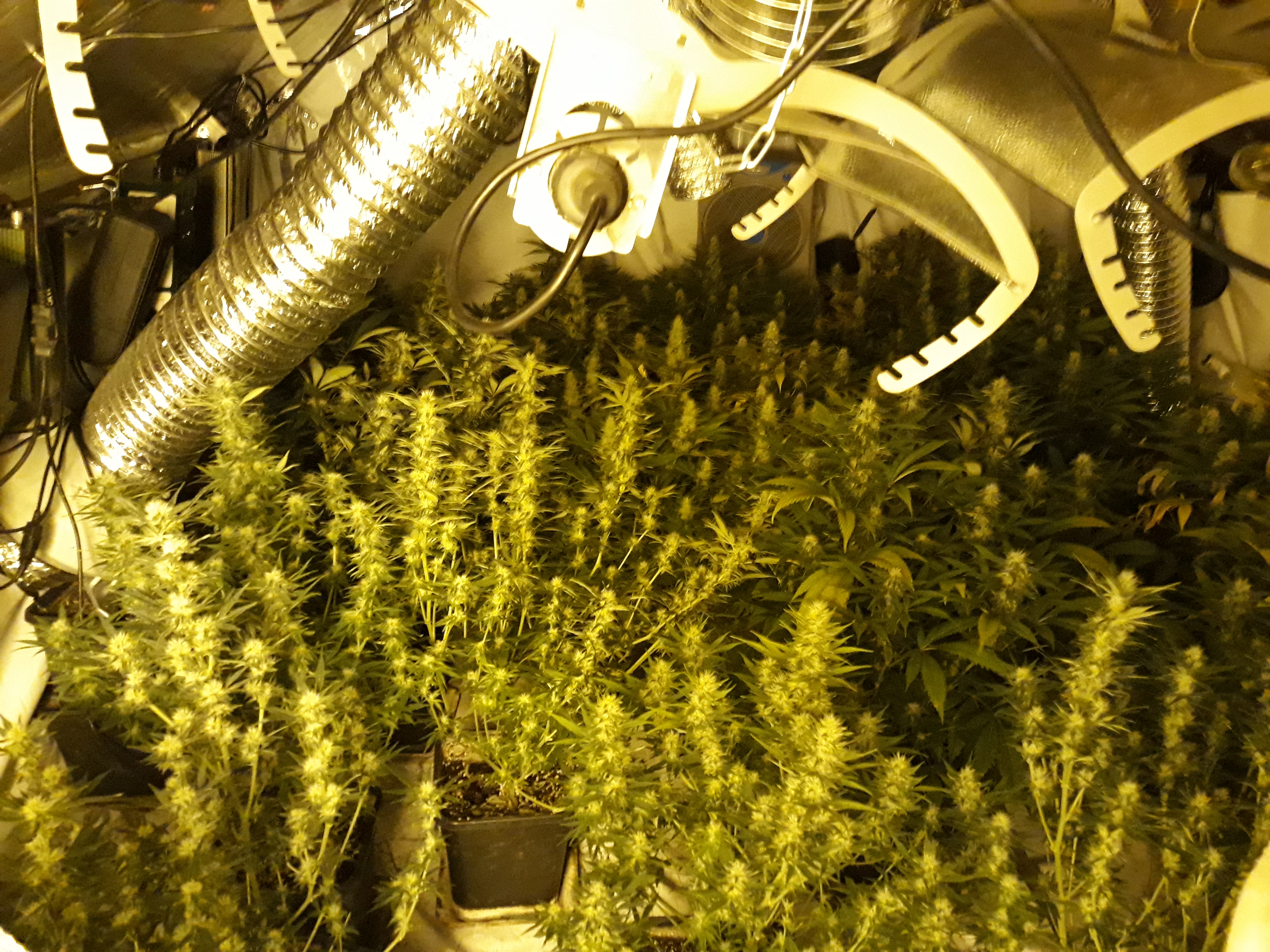 Suspected drug dealer arrested after cannabis farm worth nearly £20,000 is seized in Gateshead

A suspected drug dealer has been arrested after a cannabis farm worth nearly £20,000 was seized in Gateshead.

At about 3.30pm yesterday (Monday) neighbourhood officers executed a warrant at an address on Victoria Street in Dunston.

It followed reports from the local community of suspicious activity at the address.

Entry was forced to the property and inside officers discovered more than 50 mature cannabis plants stashed in the loft.

It is believed each plant could be worth £350, putting the total value of the farm at an estimated £17,500.

A 43-year-old man who was inside the property at the time of the police raid was also arrested by officers.

Sgt Sturrock, of the Gateshead West Neighbourhood Policing Team, said: “This is a substantial cannabis farm that is clearly a sophisticated and organised operation.

“The street value of the plants is nearly £20,000 and that money would end up in the hands of criminals who prey on some of the most vulnerable in society.

“We know that some members of the public have strong feelings about the legality of cannabis but this is a large-scale mature farm, not just a handful of plants.

“It is suspected that electricity at the house has also been bypassed to try and cover up what is happening inside the address.

“These types of operations attract anti-social behaviour and also leaves neighbours having to live with the strong smell of the drugs.”

Sgt Sturrock added: “I want to thank the community who reported their suspicions as it has ultimately allowed us to seize and destroy a sophisticated operation.

“We still need you to be our eyes and ears on the ground and if you see anything that causes you concern, or doesn’t seem quite right, then please contact police.

"It may be there is a strong smell of drugs, strangers are loitering in the street or a particular property is regularly visited by a number of different people.”

The 43-year-old man was arrested on suspicion of being concerned in the production of a Class B drug. He has since been released under investigation.

You can report suspicious activity to police by calling 101 or reporting it online at www.northumbria.police.uk.

Watch a search of the farm HERE
Play
back to top