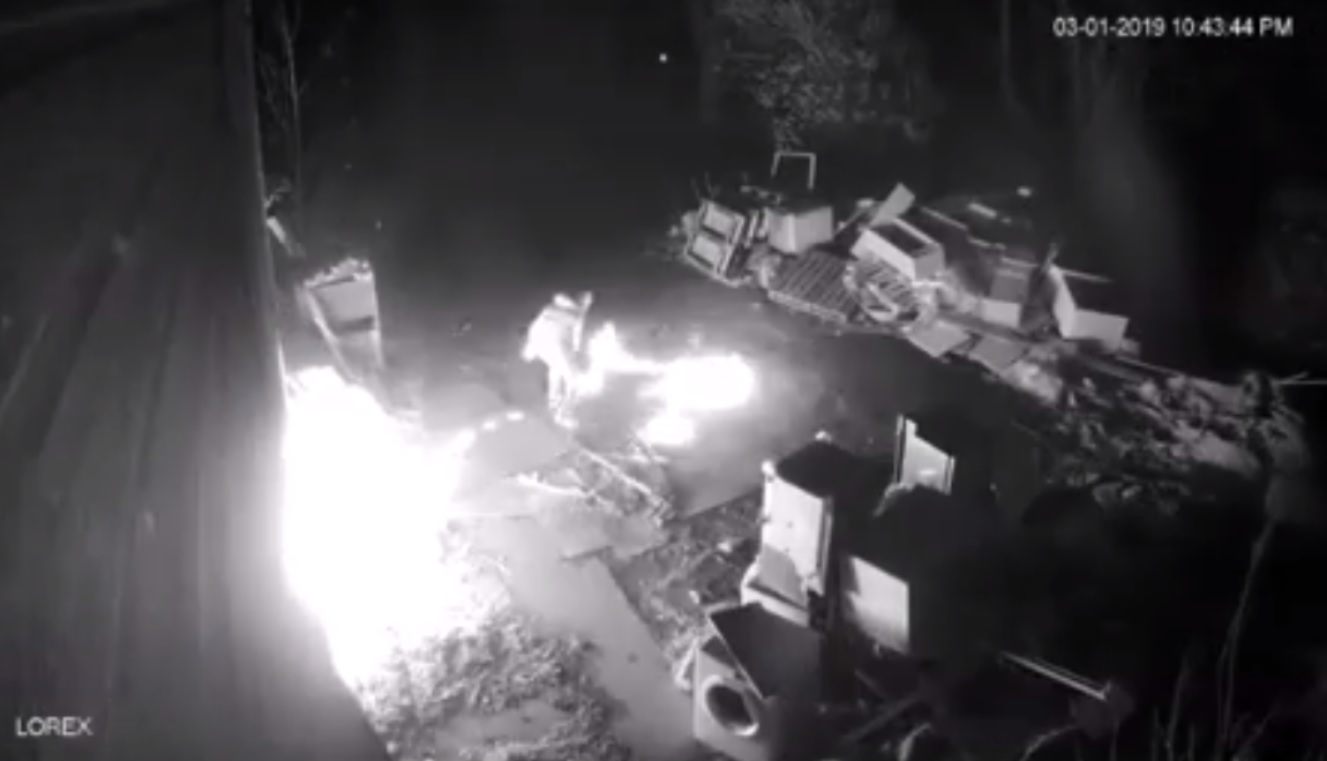 The dramatic CCTV has been released by officers investigating the arson attack at what is known locally as Norman’s Riding Poultry Farm on Garesfield Lane in Winlaton.

The attack took place between 10.30pm and 11pm on Friday, March 1, but was not discovered by the owners until the following day.

Fortunately nobody was injured at the site, which now operates as a workshop, but it did cause significant damage.

Enquiries by response officers in Gateshead have been unable to trace those responsible and now they are appealing for help from the public.

As part of their appeal for witnesses, officers have now released CCTV footage showing the moment the arson took place.

It shows a man running towards the farm from a parked car before pouring an unknown substance onto the door of a workshop at the farm.

He then sets light to the door, and some debris on the floor, before accidentally setting fire to himself. He then fled the scene.

Investigating officer PC Zoe Walton believes that the man responsible for the arson could have suffered burns as a result of his mishap.

She said: “You can see from the footage that this is clearly a malicious arson and it has caused significant damage to the door of the workshop.

“The CCTV shows the man accidentally setting fire to himself and, although he is able to extinguish the flames, it is likely he would have suffered burn injuries.

“If anyone knows this man, or knows somebody who had suffered burns around the time of March 1, we would ask you to get in touch.

“This incident could have been so much worse and we need to identify those responsible and bring them to justice.”

Anyone who recognises the man, or has information that may assist the police investigation, should contact officers on 101 quoting log 310 02/03/19.

You can also report online at www.northumbria.police.uk, email PC Walton on 3054@northumbria.pnn.police.uk or contact Crimestoppers anonymously on 0800 555 111.