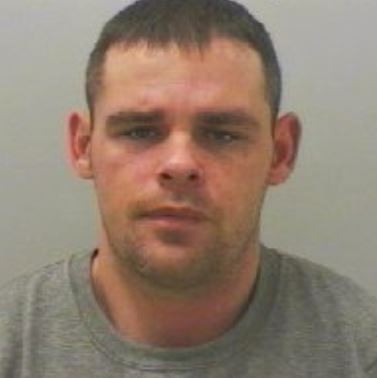 Patrick Kelly was handed a 16 month jail sentence at Newcastle Crown Court after he sexually assaulted a woman on March 30 this year.

Kelly was intoxicated whilst walking down Chirton Front Street in North Shields when he approached two women who were out walking their dog.

Kelly, aged 27, then proceeded to sexually assault one of the women before pushing them both to the ground.

Officers attended the scene and during his transport to custody, Kelly struck out at an officer injuring their jaw.

Kelly, of Compton Road, North Shields, was convicted at Newcastle Crown Court on April 1, where he pleaded guilty to one count of sexual assault on a female, two counts of battery, one count of battery of an emergency worker and breach of a community order.

He appeared at Newcastle Crown Court on Monday, April 29, where he was sentenced to 16 months imprisonment, ordered to pay a victim surcharge of £170 and will serve ten years on the sex offenders’ register.

Northern Area Command Inspector Jill Hall, said how the sentence should encourage others to come forward.

She said: “This sentence is a great result and shows how robust our officers are when investigating sexual assaults.

“I hope this sends a strong message to victims that no matter the circumstances, officers will investigate and offenders can be brought to justice.”