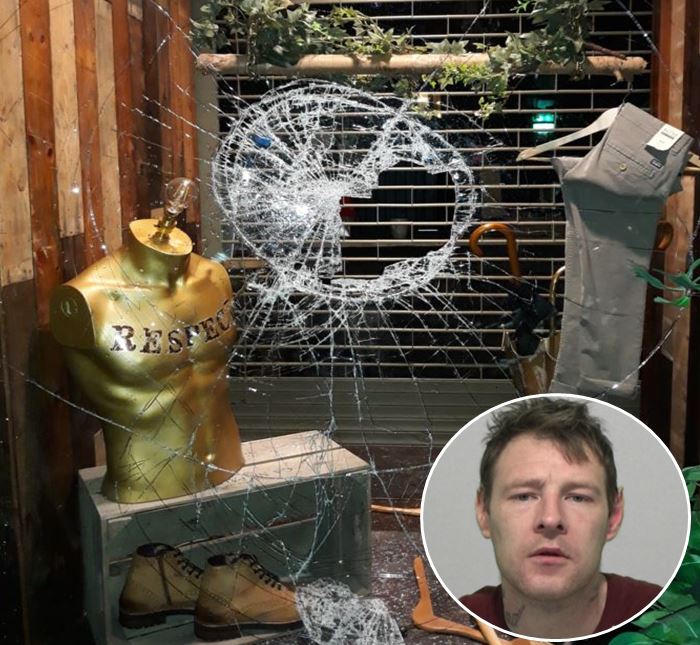 Arrested, charged & jailed inside 48 hours - burglar who cut himself while raiding shop rumbled in the hospital waiting room

A smash and grab burglar who cut himself while raiding a designer clothes shop was rumbled by police - in the hospital waiting room.

David Richardson, 29, smashed his way into the Master Debonair store on Station Road, East Boldon, on the evening of November 10.

But within 48 hours of committing the offence, Richardson had been charged, convicted and jailed for the burglary after swift work by detectives.

The offender, who stole £265 worth of clothing, inadvertently cut his hand during his brazen act and decided to head to Sunderland Royal Hospital’s A&E department to get patched up.

However, he didn’t expect to be greeted by police who had identified him as their main suspect after following a CCTV trawl earlier in the night.

Richardson, of Hendon Valley Court, Sunderland, admitted burglary at South Tyneside Magistrates' Court on November 12 and was sentenced to 26 weeks imprisonment on the same day.

Detective Constable Alex Hadwin, of Northumbria Police’s Southern Burglary Team, said: “This was an excellent example of swift detective work as we located, arrested and put a man before the courts within a very short space of time.

“Richardson had little choice but to admit his role in the burglary due to the overwhelming weight of evidence against him, not to mention the injury to his hand which he sustained while breaking into the premises.

“Thankfully, police were on hand to spot the offender at the hospital and he was given a lift straight into custody.

“Our businesses are a crucial part of our community, and as a result, we are committed to ensuring those who flout the law and target them are brought to justice.”

Last week, Richardson was jailed for 26 weeks and ordered to pay £765 compensation, costs of £85 and a victim surcharge of £122.