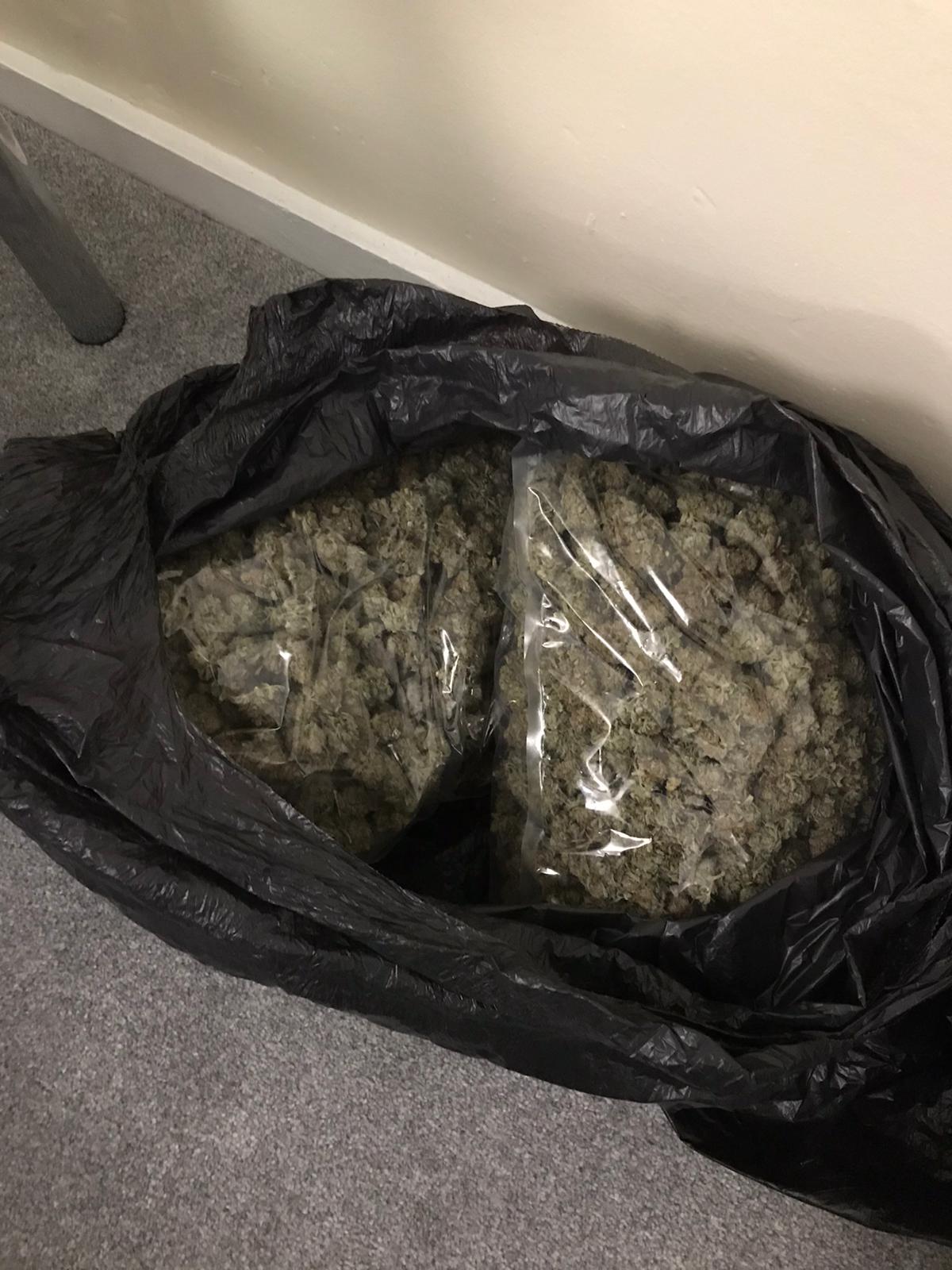 A suspected drug dealer has been arrested after police stopped a suspicious car in Newcastle city centre – and discovered FIVE KILOS of cannabis.

Officers seized the huge haul of drugs last Wednesday evening after a car was acting suspiciously on Waterloo Street.

The vehicle was pulled over by uniformed officers who suspected it was involved in drug dealing.

Police carried out a search of the white Mercedes, finding the huge quantity of cannabis and a safe in the boot containing more than £18,000 in cash.

The 34-year-old driver was arrested while a search of an address in the city centre also uncovered a further quantity of drugs.

Today (Thursday) Chief Inspector Stephen Wykes praised his team for being proactive and taken the large quantity of drugs off the street.

He said: “This is a fantastic result that comes down to good, old-fashioned police work.

“Because of the actions of these neighbourhood officers, we have been able to take a huge amount of drugs off the street.

“Let us be clear, this is not a small amount of cannabis for personal use. We are talking about five kilograms of illegal substances.

“We strongly believe this is linked to organised crime and that means vulnerable people are exploited to line the pockets of criminals.

“We have a proven track record of responding robustly to suspected drug dealing in our city centre and this activity should reassure the public.

“Our city centre should be a place of safety and we will work hard to ensure illegal substances are kept off the streets.”

The 34-year-old man arrested has since been released under investigation pending further enquiries.

Anyone who wants to report suspicious behaviour in their neighbourhood can contact police on 101 or Crimestoppers anonymously on 0800 555 111.