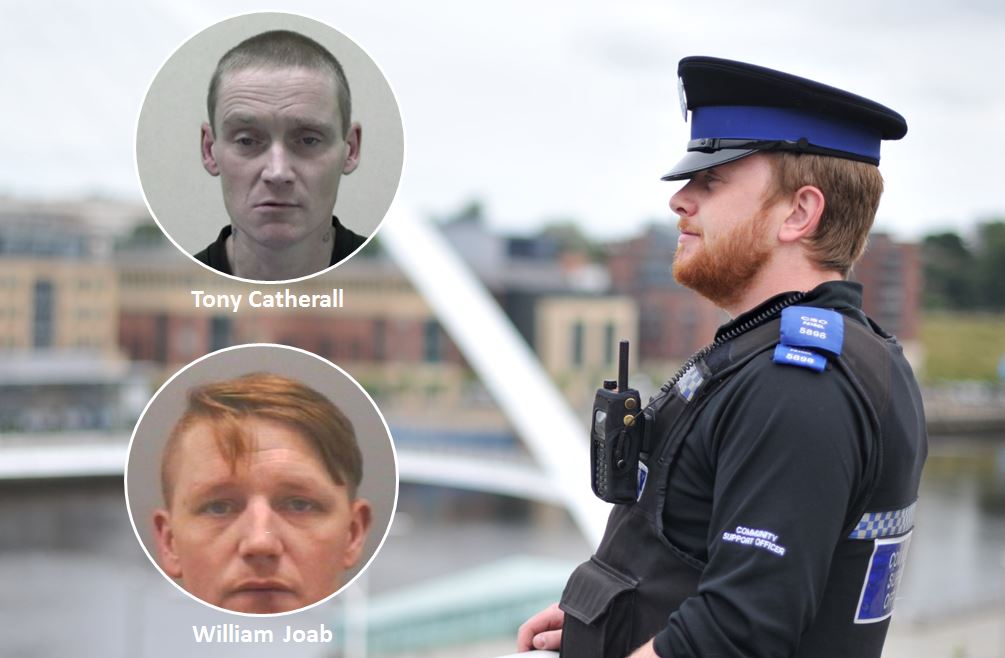 Two prolific shoplifters who terrorised businesses in Gateshead by committing dozens of shopliftings have been jailed.

Billy Joab, 32, and Tony Catherall, 38, have each been jailed for seven months after being convicted of a string of thefts.

Joab was known as a prolific thief and had been identified as being responsible for six shoplifting offences.

The majority of his offending was connected to the Co-op store in Whickham and police worked with staff at the shop to gather the evidence needed to convict him at court.

He admitted a string of charges before magistrates in South Tyneside where he received the custodial sentence.

Catherall was also known as a prolific thief and became a prime suspect after police received reports of a spate of shoplifting offences in Winlaton, Blaydon and Crawcrook.

The thief was eventually charged with 28 shoplifting offences and was jailed at the same court as Joab last week.

Today Neighbourhood Sergeant Warren Sturrock welcomed the sentences and said it should reassure businesses across Gateshead.

He said: “These two men are well known offenders who have been committing crime across Gateshead for a number of months.

“We have worked hard to gather the evidence needed to put them before the courts and I want to thank local businesses for their support.

“Neither of these thieves have any respect for their local community and they have caused fear and intimidation wherever they go.

“I welcome the custodial sentences they have received in court and hope it reassures the public that we will take action to take criminals off the street.”

Joab, of Cyprus Crescent, Dunston, admitted six counts of shoplifting, one count of handling stolen goods and one count of fraud at South Tyneside Magistrates Court in September.

Catherall, of Hanover Drive, Blaydon, admitted 28 offences of shoplifting at the same court on November 19 and received his custodial sentence.