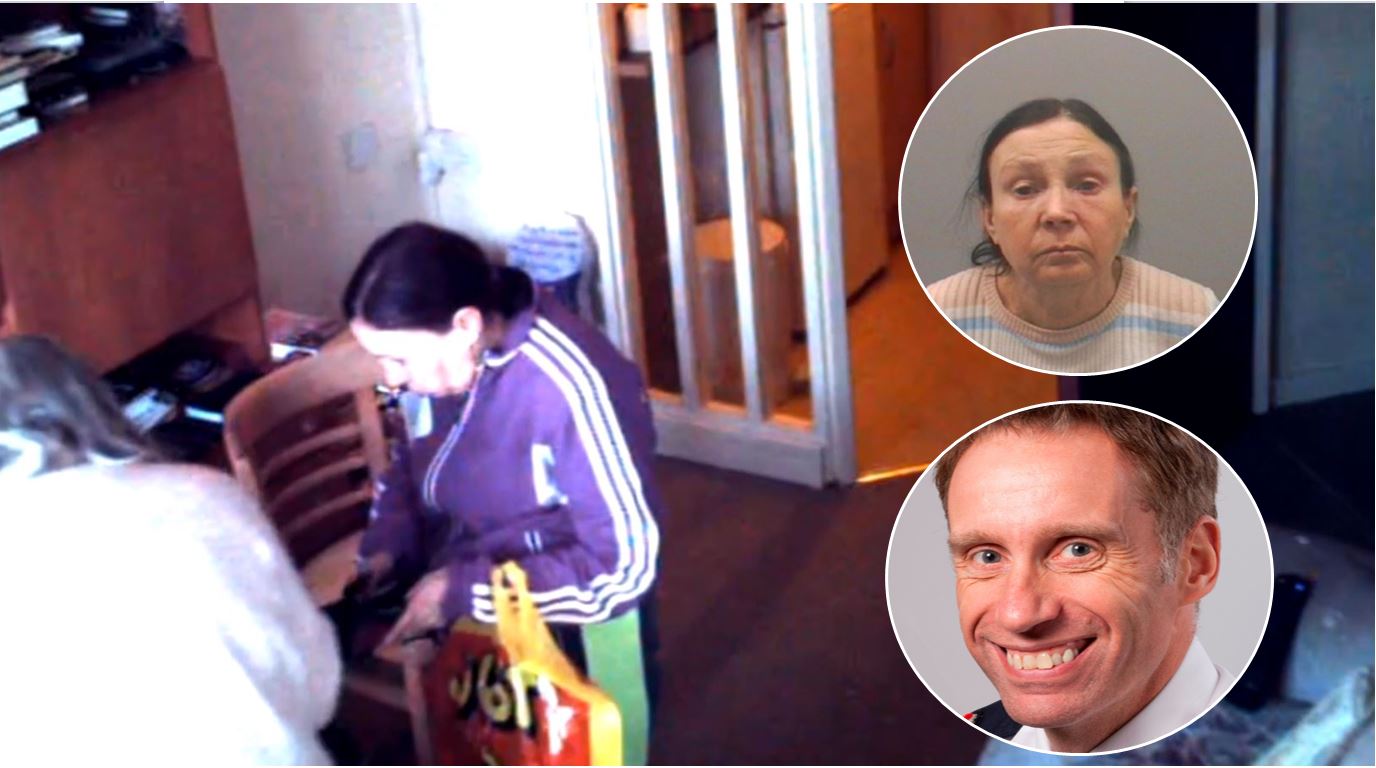 Kind-hearted cops installed covert cameras at the home of a frail 91-year-old and staked out her address for nine hours – so they could catch a callous thief red-handed.

The team of officers have today (Thursday) been praised by a top cop after they were able to secure a conviction against cruel carer Irene Robinson.

She had befriended a vulnerable 91-year-old at bingo and visited her home to keep her company in addition to the three visits the victim had from professional carers each day.

But a court was told how Robinson, 60, instead took advantage of her position of trust and repeatedly stole money from the frail victim’s home.

The thefts first came to light at the beginning of March when the woman’s carers realised £70 had gone missing from her purse and contacted police.

She was puzzled as to who the thief could be and so police decided to install covert cameras at her sheltered accommodation in the west end of Newcastle.

Officers planted four marked £20 notes and monitored the feed live during an nine-hour stake out in a bid to catch the thief in the act.

On March 25 they watched as Robinson reached into the victim’s purse and stole £80 in cash from the purse of the woman who she was supposed to be looking after.

The officers, who were led by Sergeant Nicola McGregor and worked an 18-hour shift, quickly placed her under arrest.

They also found the heartless crook carrying the four £20 notes they had planted in the purse earlier that day.

On Tuesday (October 8) she was handed a two-year prison sentence, suspended for two years, and made subject to a 12-month curfew.

Following the case, Superintendent Peter Bent praised the hard work of the officers who “went the extra mile” for a vulnerable victim of crime.

He said: “This was a fantastic bit of police work by neighbourhood officers who were clearly shocked that someone would target such a vulnerable woman.

“You really do have to be a despicable individual to sink to the depths of stealing from a 91-year-old pensioner who lives in sheltered accommodation.

“But I am so proud of those officers who went the extra mile to get the victim justice and now the person responsible has been convicted in court.

“They worked an 18-hour shift and staked out an address for nine hours just to make sure they caught the person responsible and that is great police work.

“I also want to thank the victim’s carers and the warden at the sheltered accommodation as, without their intervention, the deceit may not have been detected.

“Safeguarding vulnerable members of society is a top priority for us and I would ask the public to contact us if they suspect a vulnerable person is being exploited.

“I hope this case reassures our communities that we will go to whatever lengths necessary to put criminals like Irene Robinson before the court.”

The victim's carer said in a victim impact statement: "She is a very vulnerable person who should not be exploited due to her age and disability and is entitled to care and help. No-one should be targeted in this way."

The warden at the sheltered accommodation added: "I can't believe someone would deliberately target such a vulnerable and lovely elderly lady.”

As well as the suspended sentence and the curfew, Robinson was ordered by the court to undergo a mental health treatment programme.