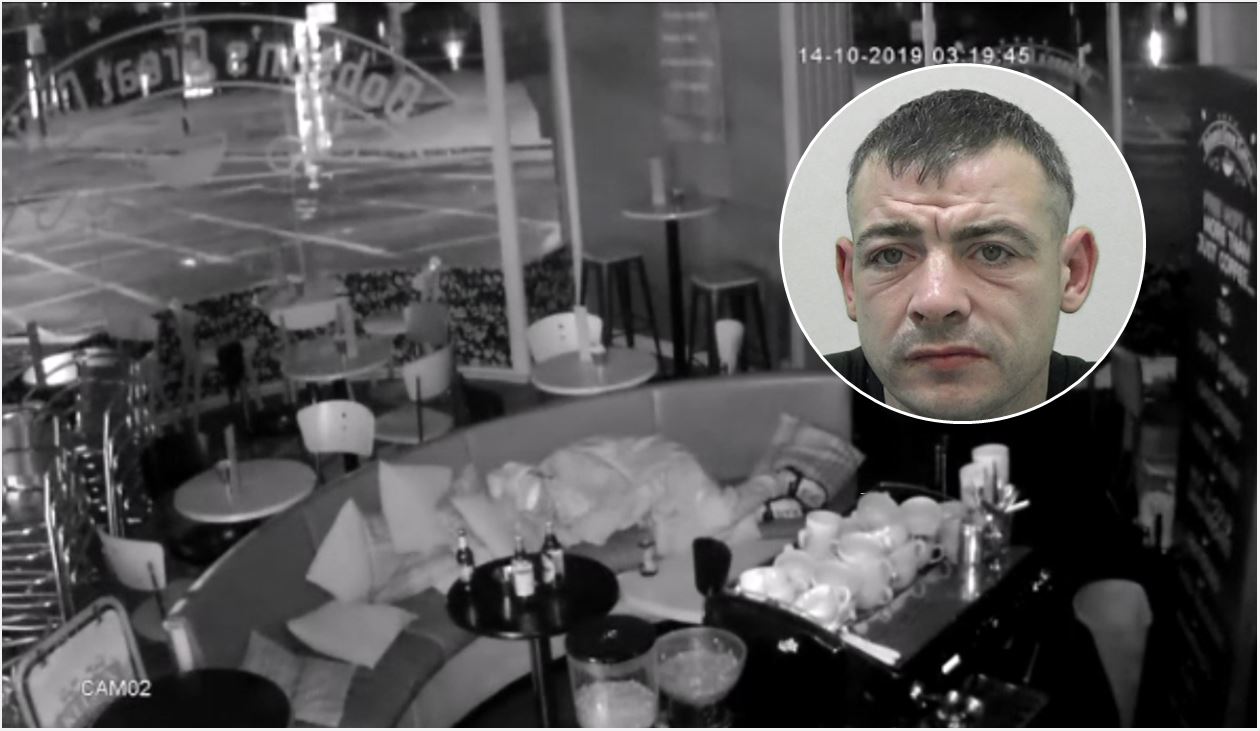 A drunk burglar who smashed his way into a popular river-front café has been jailed – after he fell asleep at the scene of the crime.

David Unsworth, 38, has been jailed for 30 weeks after being found snoozing on a bench inside Great Coffee on Newcastle’s Quayside.

A court heard how the thief smashed a window at the city centre business to gain entry at around 4am on Monday.

He rummaged through the till while taking breaks to snack on crisps and down bottles of Newcastle Brown Ale.

But instead of fleeing the scene with his loot, Unsworth lay down on a bench and fell asleep.

Later that morning a police officer on patrol in the city spotted the smashed window and went to investigate.

It was then that he discovered Unsworth fast asleep inside and the intoxicated thief was taken in to police custody.

Unsworth, of Denmark Street, Gateshead, was charged with burglary of a commercial premises and jailed for 30 weeks.

He said: “The officers on patrol were very proactive and when they saw something that didn’t look quite right they acted.

“It may seem comical but it was down to their vigilance that they were able to find Unsworth inside the premises.

“The fact he was fast asleep made it pretty easy for us to detain him but I guess committing a burglary can be tiring work.

“He is spending time behind bars where he will be able to enjoy as much sleep as he wants from now on.

“I want to praise those officers who attended for taking quick action that could ultimately have prevented financial loss to that business.

“I hope their actions gives the public confidence that the city is in safe hands.”

Unsworth appeared before magistrates in Bedlington on Tuesday morning where he admitted burglary of a business premises.

He was handed an eight-week prison sentence for that offence but was also sentenced for a string of outstanding matters meaning his total sentence was one of 30 weeks.