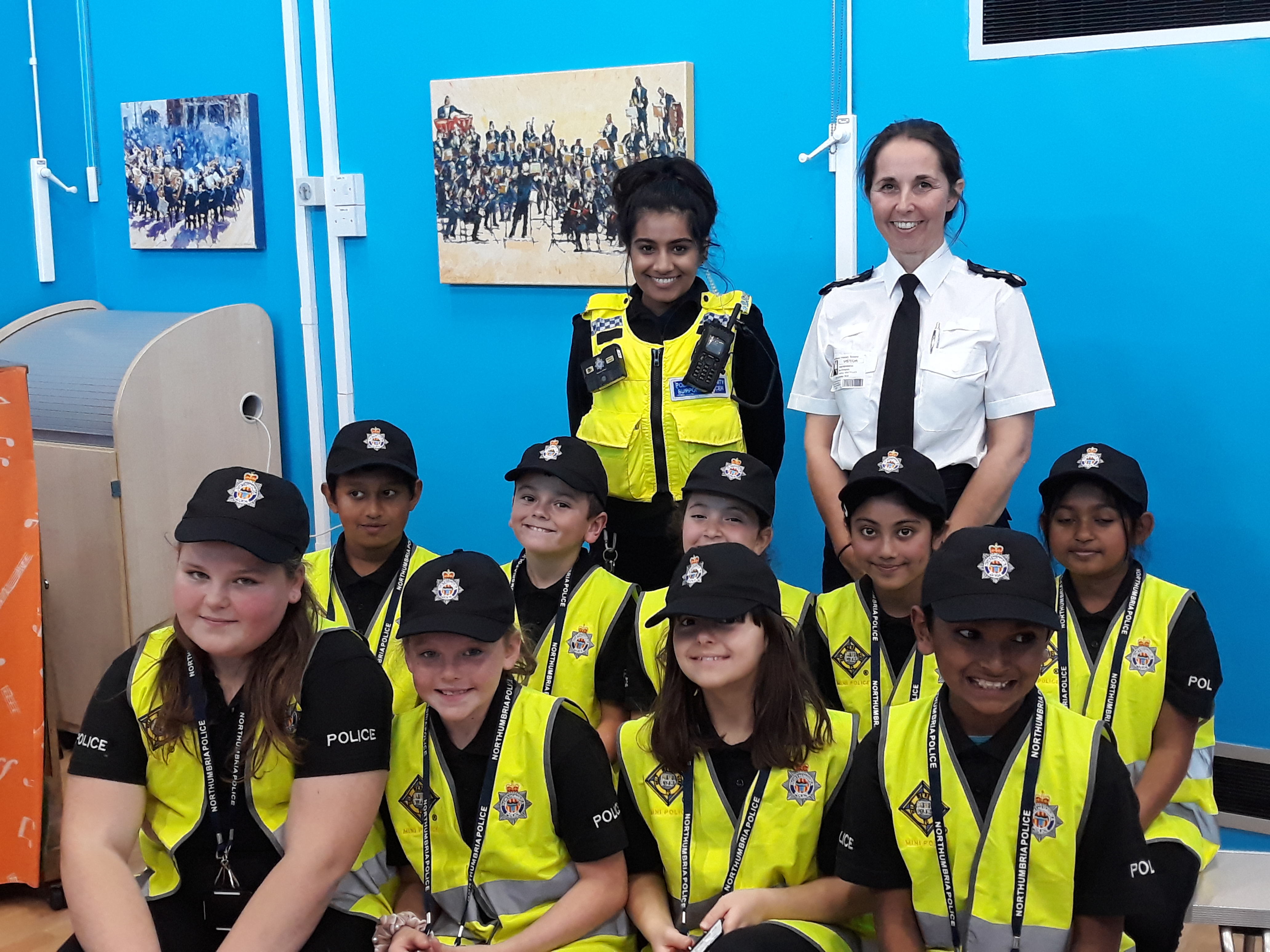 Officers in Sunderland have welcomed their latest batch of bushy-tailed recruits to the Force.

Over the last few weeks, dozens of pupils across Wearside have been introduced as new volunteers in the Mini Police scheme.

The initiative was launched in 2018 and the Force has since recruited schoolchildren from across Northumbria who give up their spare time to support operational policing, including passing on personal safety tips to class mates and helping officers at public events.

“The Mini Police scheme has been an enormous success across the Force, and it’s been great to welcome the newest recruits over the last few weeks,” Chief Supt Pitt said.

“Our volunteers have been and continue to be a valuable asset in supporting operational policing and help us to engage with the wider community at a range of events.

“The scheme has also helped break down barriers and show other pupils at schools that our officers are friendly, approachable and there to keep them safe.

“The Mini Police deliver some tough messages to their classmates and it’s great for young people to hear those key safety messages from their peers.

“There’s no doubt that the scheme continues to go from strength to strength and I look forward to seeing the positive impact that our new recruits will have in the coming months.”