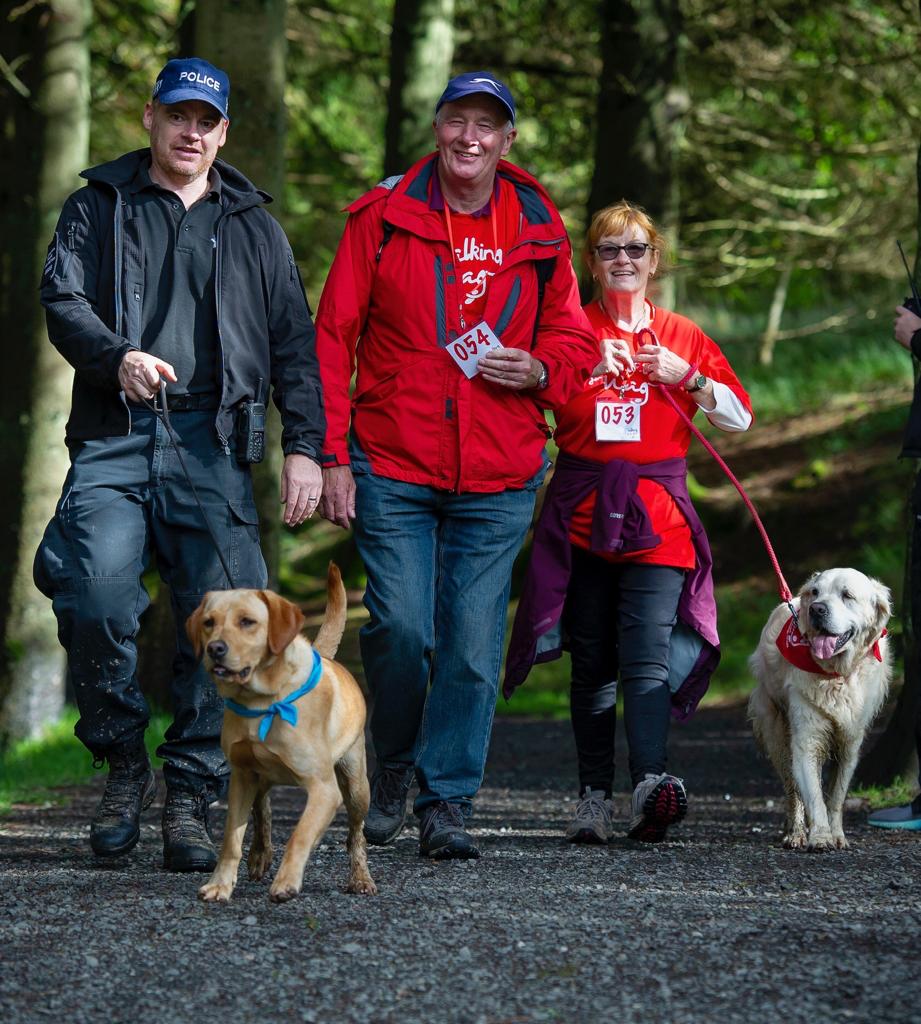 A much-loved police puppy has taken time off putting bad guys behind bars – to raise money for charity instead.

PC Rob Burn and his trainee detection dog Jinger paid a visit to Kielder earlier this month to take part in a special fundraiser.

The Walk for Wag event was organised to raise money for the Hexham-based charity Wag and Company.

They arrange for volunteers take their friendship dogs to hospitals and old people’s homes to visit people who can no longer own a dog.

For the second year in a row, Rob and his one-year-old Labrador Jinger joined walkers in the 10-kilometre hike around the reservoir.

Today Rob said: “It was great to join the charity on their annual walk and it is the second year in a row we have been part of it.

“Jinger has become somewhat of a mini celebrity among the group and we were glad to be there to represent Northumbria Police.

“They are a wonderful charity that do a lot of fantastic work across the North East and we wanted to do our bit to support them.

“Jinger loves all the attention so she had no complaints about a lovely day out by the water.”

Founding Director of Wag & Company, Diane Morton, said: “We are so grateful to Northumbria Police for enabling Rob and Jinger to support our annual fundraiser, the Walk for Wag, at the Kielder Waterside.

“They are such wonderful Ambassadors for the Police Force, Rob makes time for everyone, particularly our elderly friends, answering questions and letting everyone cuddle the beautiful Jinger.

“Jinger made her debut appearance at the 2018 Walk for Wag and so we all see her as part of our Wag family now!

“If ever she doesn’t love her role as PD Jinger, she’d made a super special FD!

The walk took place on Saturday, September 29, and was the fourth year in a row the event has taken place and saw walkers serenaded by the fantastic Hexham Uketeers.

To find out more about Wag and Company, and to donate to the charity, visit www.wagandcompany.co.uk.