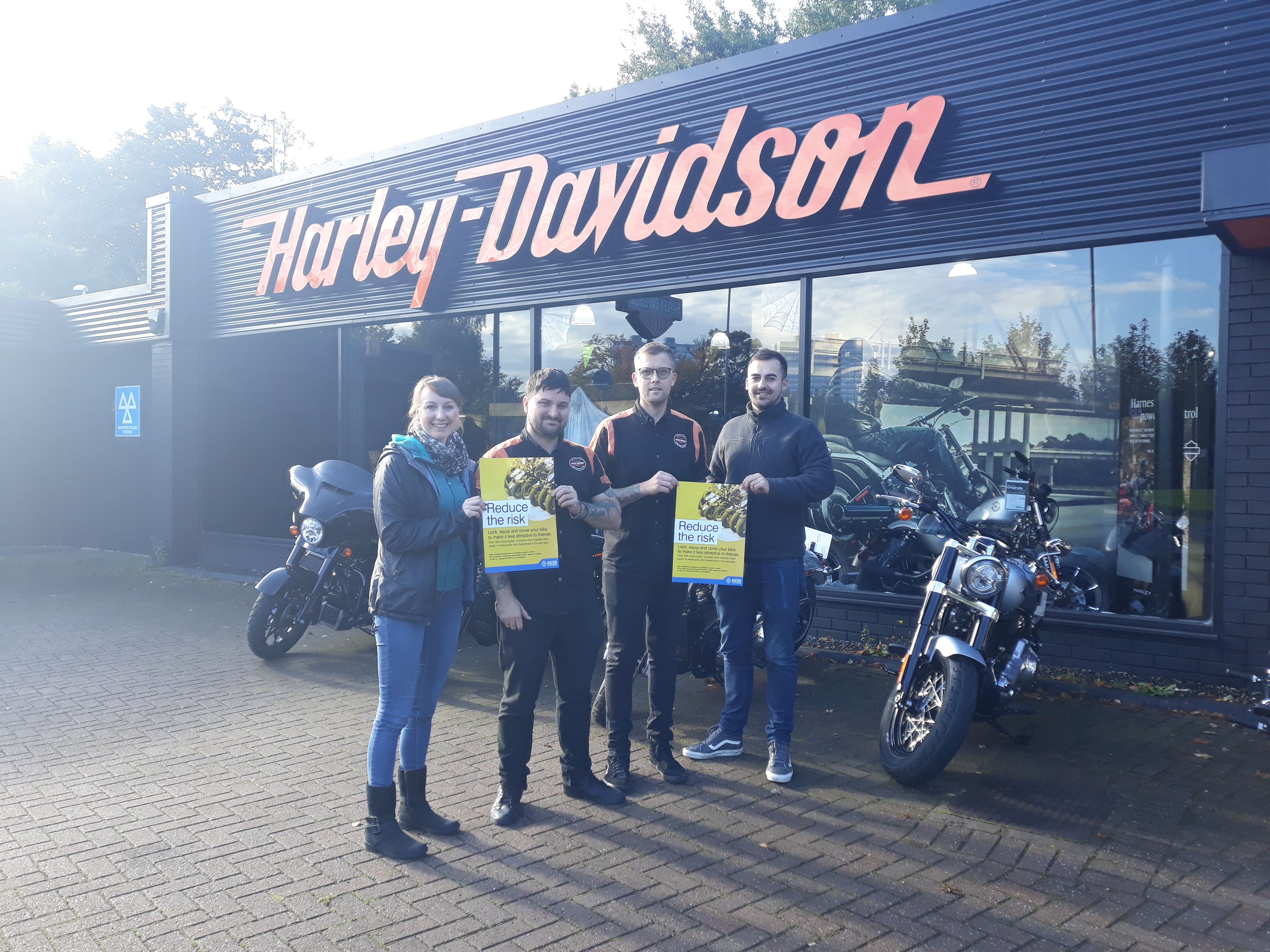 A specialist motorcycle task-force have hit the high street as they continue their crackdown on teenage thieves.

Northumbria Police’s Operation Benelli team were set up at the beginning of the year after a steady increase in the number of thefts of motorcycles in the North East.

It was being reported that teenage thieves were targeting motorcycles left on driveways and car parks.

Offenders would snap the steering locks and then wheel the bikes away before changing the number plates and attempting to hot wire them.

But there were also a small number of reports that offenders had armed themselves with weapons and used violence to forcibly take a bike.

The Operation Benelli task-force has been a huge success, arresting dozens of offenders and seizing more than a hundred stolen vehicles.

And now the team have taken to the high street to speak to motorcycle shops and transport hubs to offer crime prevention advice.

As part of their engagement day they visited all of the motorcycle shops on Westgate Road in Newcastle and the Harley Davidson store in Gateshead.

Officers also visited the Port of Tyne where they spoke to staff there about offering advice to tourists travelling to the region on their bikes.

Detective Constable Sarah Rose said: “When Operation Benelli was set up at the beginning of the year there was real concern in the motorcycle community.

“We were receiving a large number of reports of bikes being stolen and there were some worrying incidents where people had been threatened with violence.

“Our work has helped to get a handle on this type of offending and we have put dozens of offenders, the majority of them teenagers, before the courts.

“We are also recovering the majority of bikes that are stolen thanks to the expertise and knowledge of the officers we have on the team.

“That has been really reassuring for motorcyclists in the North East and we have built some really positive relationships with the motorcycle community.

“These visits were all about getting key partners on board so that we can make sure motorcyclists are equipped with the information they need to prevent these thefts from happening.

“A simple steering lock is not deterring these thieves so we would encourage people to invest in a disc lock and report any suspicious behaviour to police.”