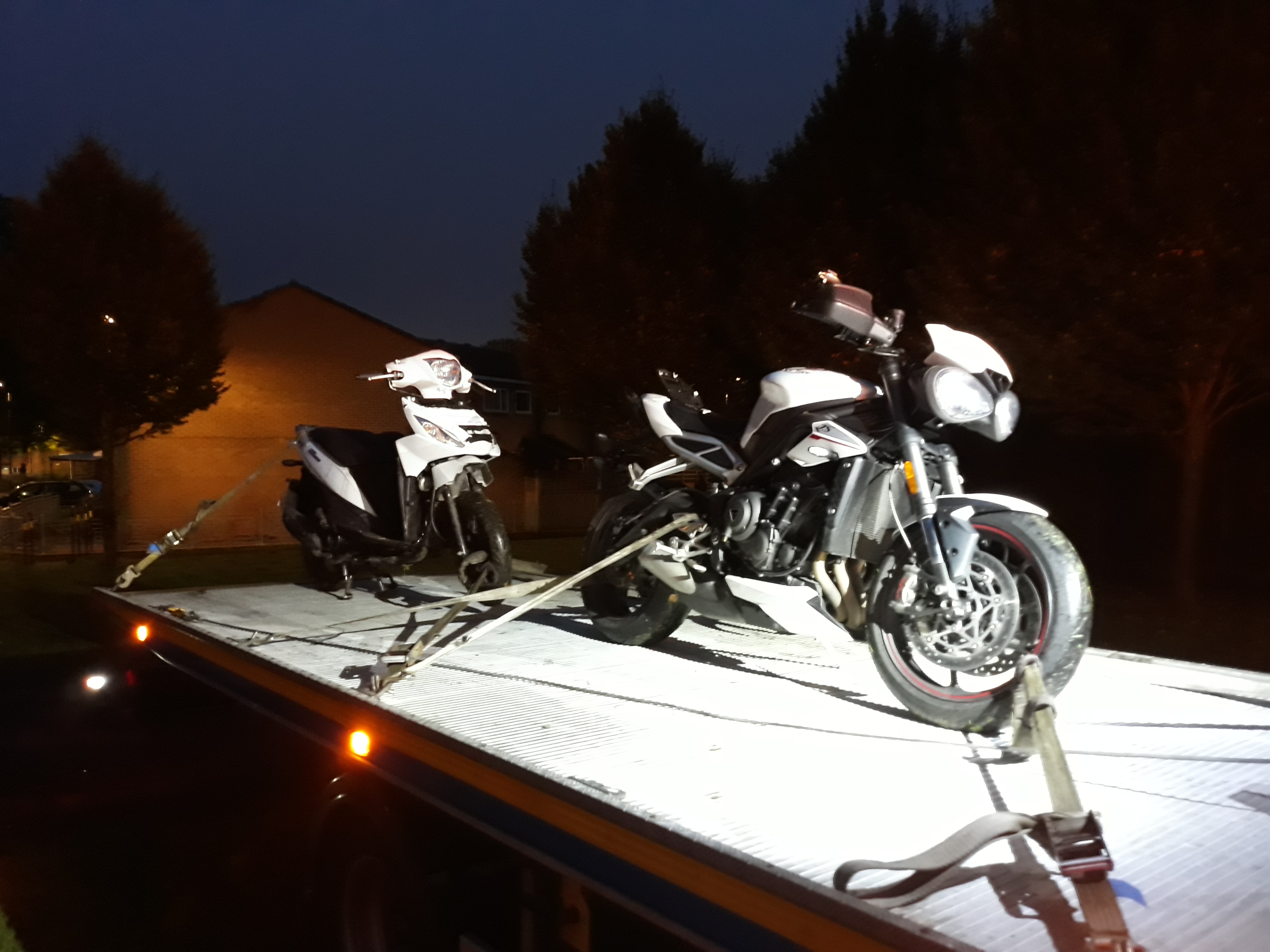 A teenager has been arrested and two stolen motorcycles seized after a covert operation by undercover officers.

The 14-year-old suspected thief was arrested by the Operation Benelli team in Newcastle on Monday evening.

Officers from the team had been responding to a report of a theft of a white Yamaha MT07 scooter in Arthur’s Hill earlier that day.

In a bid to trace the vehicle plain clothed officers were deployed to areas where some of their main targets were known to gather.

The team staked out the area for hours, long after their shift had ended, in the hope to locate the bike.

Officers leaped into action and the 14-year-old teenager was arrested at the scene.

The scooter was seized by officers along with a second bike, a white Triumph motorcycle, that had also been discarded in the bushes after being stolen on October 1.

Detective Constable Carlo Charlton, of the Operation Benelli team, said: “This was a great job by the team that has resulted in us locating not one, but two stolen bikes.

“The team stayed late, well beyond the end of their shift, so they could get a positive result for the victim of this theft and I hope that reassures the public.

“We have seen an increase in motorcycle thefts in the past 12 months but thanks to the work being done in Operation Benelli the majority of these bikes are located.

“Dozens of people have been put before the courts and we will continue to do that, regardless of the age of those involved in the criminality.

“We will continue to do everything we can to crackdown on this behaviour but we need the public to work with us.

“If you see youngsters riding on motorcycles with no helmet, or with two or three passengers, then get in touch as your call could be vital.”