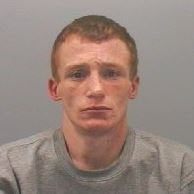 A prolific shoplifter has been banned from all Co-Op stores across England and Wales after being convicted of stealing items - including a box of quality streets.

Nikki Haney, 35, was originally handed a 16 week prison sentence after being convicted of shoplifting offences in Rowlands Gill and Chopwell back in May this year.

However, officers expanded their investigation and Haney has now been given a further 12 weeks in prison after being convicted of offences across Winlaton and Crawcrook which occurred during a similar time.

Haney, of Hollings Terrace, Chopwell, appeared at South Tyneside Magistrates’ Court on August 14, after admitting 13 counts of theft and has also been handed a community order that bans him from entering all Co-Op stores across England and Wales for the next year - meaning he faces going back to prison if he enters a Co-Op upon his release.

Sergeant Warren Sturrock, of Northumbria Police, said the case showed that prolific offenders will be dealt with robustly by officers.

He said: "Nikki Haney is a prolific offender who has targeted shops in his own community with no intention of paying for goods.

"He has been a reoccurring issue for the community and we have worked tirelessly to bring him before a judge.

“This should send a strong message to shoplifters that they could face jail for their actions and orders will be put in place upon release to continue to protect local businesses from a loss of income.”

Haney was also ordered to pay compensation costs of £54.00.

If anyone wants to report suspicious behaviour or criminal activity in their local community then they should call police on 101 or report it online via the Northumbria Police website.