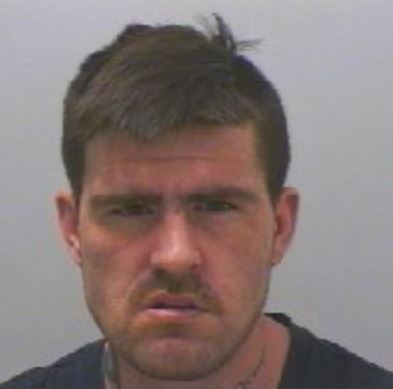 Big Mac-stake! A dangerous driver has been jailed after police traced his McDonald’s wrappers from the scene of a crash

John Jamieson, 29, was driving north on the A189 near Annitsford in June this year when he was spotted by officers driving at speeds in excess of 100mph.

Police followed Jamieson and his three passengers up towards Ashington and then saw him mount a roundabout near Woodhorn Village before crashing off the road.

Jamieson fled the scene, leaving behind his passengers, and tried to avoid the consequences of his actions by reporting his vehicle stolen to police just minutes after the incident.

Investigating officers were able to provide evidence that Jamieson was behind the wheel after they traced McDonalds wrappers found in the car and found CCTV footage of him going through the Drive-Thru after the time he claimed it had been stolen.

Further enquiries found mobile phone footage of Jamieson behind the wheel and driving at high speeds.

Jamieson, of Main Street in Red Row, was arrested and later convicted of perverting the course of justice, dangerous driving, no insurance, failing to stop for police and failing to stop after an accident.

Jamieson was due to be sentenced in July, however failed to appear.

He was later tracked down by officers and on September 16 he appeared at Newcastle Crown Court where a judge sentenced him to 10 months behind bars for his actions.

Detective Sergeant Jonny Pallace, of Northumbria Police, highlighted how teamwork helped link Jamieson to the crime and bring about a conviction.

He said: “This was a great effort by multiple teams, we had officers from different departments working together to gather intelligence and bring in the suspect.

“Jamieson was driving recklessly on the roads during rush hour and this could have easily ended in tragedy.

“Driving dangerously will not be tolerated and this shows the lengths officers will go to take offenders off the streets and keep roads safe.

“I hope he enjoyed his McDonald’s because I don’t think they deliver to prison.”

Jamieson was also banned from driving for 45 months and must take an extended retest before being allowed back on the road.

Big Mac-stake!
Play
back to top