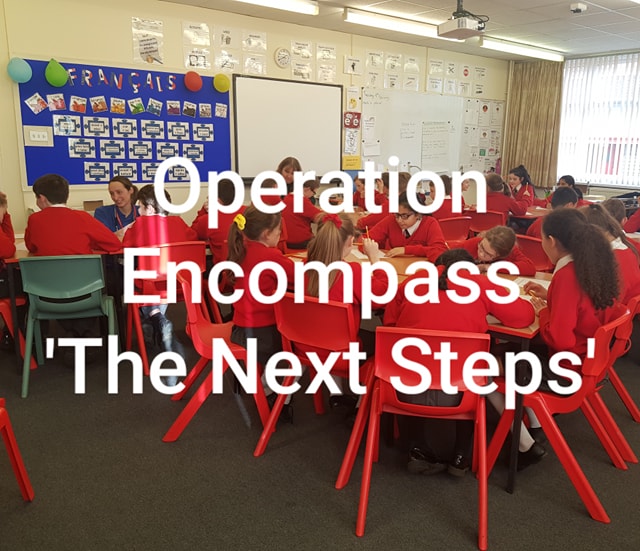 97 per cent of Northumbria's schools sign up to Operation Encompass

Domestic abuse - how old were you when you first understood the meaning of those words?

Sadly, some experience domestic abuse in their home before they even know what it is, and, most importantly, before they know how to get help.

That’s where Northumbria Police’s Operation Encompass Next Steps comes in.

Operation Encompass Next Steps is a UK first in policing.
Piloted in Northumbria, thanks to funding secured by Northumbria Police and Crime Commissioner, Kim McGuinness’ office, the operation sees Liaison Officers across Newcastle, Northumberland, Gateshead, North Tyneside, Sunderland and South Tyneside, visit schools to educate children and explain what domestic abuse is, how it can affect children and what to do if you are or witness a victim.

The Encompass team have so far visited 97 per cent of schools in the force area, reaching more than 52,000 children, since the operation’s inception in June 2018.

Laura Miller is one of our School Safeguarding Liaison Officers. She looks after a portfolio of nearly 60 schools and it’s her job to visit them all, providing a range of insightful interactive lessons.

On Tuesday she visited Ponteland Community Middle School to speak to Year 5 students.

Her session was specially designed, with the help of Barnados, for Year 5 learning, focusing on healthy vs unhealthy relationships, teaching children the warning signs of a controlling relationship and the importance of all friends and partners being equals.

The hour long session saw children work independently and as teams as they navigated the meaning of trust, respect and control.

Laura, a qualified teacher, and her team are trained to deliver sessions for children as young as five up to the age of 16, adapting every lesson so that it resonates with the audience, no matter their age.

As well as educating young people, Laura is also there to ensure safeguarding is put in place, if during a child’s participation in a session – their answers or the questions they ask – creates any cause for concern.

Force-wide 177 disclosures were made during the sessions, of these 89 were domestic abuse related.

And she, like her colleagues, also offers regular drop-in sessions at schools – open to children, staff and the parents/family of pupils. These drop-ins are a safe and familiar place for people of all ages to chat, get advice or help, or even disclose abuse.

During drop-in sessions, 56 disclosures were made, 55 of these were domestic abuse related, 30 referrals were made and advice was given 117 times.

Detective Superintendent Deborah Alderson of Northumbria Police’s Safeguarding department has been blown away by the results of the operation, which was offered to every school in the force area.

She said: “We set out to make a real difference by breaking the taboo of speaking about domestic abuse – ensuring domestic abuse is not ‘normalised’ or accepted behaviour for young people and children.

“This project has empowered young people - and their families too - to speak out and seek help where they have needed it.

“We have also seen the understanding of what is a healthy and unhealthy relationship grow and we hope this will leave young people better equipped to deal with the harmful and damaging issue that is domestic abuse.”

She added: “Anyone can experience domestic abuse so we have offered this to every single school in our force area and had an overwhelmingly positive response from schools.

“We are so grateful for the support we have received from head teachers and other education professionals as well as domestic abuse co-ordinators in our local authority
partnerships to help us reach the number of young people we have.

“Domestic abuse education doesn’t stop here. So many schools we have worked with are committing to continue to deliver this topic using the materials we have developed to carry on reaching each age group of children as they move through their school life.

“All of the children and young people and adults that have reached out for help as a result of us working with them have shown great courage, they should be very proud they have had the confidence to speak out and we are doing everything we can to support them.”

Northumbria Police and Crime Commissioner, Kim McGuinness, added: “One in five children are affected by or exposed to domestic abuse – to these children what they see at home is just normal behaviour - but it’s not.

“It’s so important that we acknowledge that these children are just as much the victims too and, sadly, without the right
support they can become trapped in a life-long cycle of abuse.

“Next Steps is about breaking that cycle and helping young people to shape their own healthy relationships in the future. Prevention starts with education and that’s a real focus us for us here in Northumbria.”

Operation Encompass Next Steps builds on the original Operation Encompass initiative which was devised in 2011 by former Plymouth Police Officer and his head teacher wife, David and Liz Carney-Haworth, to ensure better communication between the police and schools.

📞If you have been a victim of domestic abuse, contact police on 101, or 999 in an emergency, or visit the ‘Tell us Something’ pages of our website. Victims can also contact Victims First Northumbria on 0800 011 3116 who will give independent advice and support.