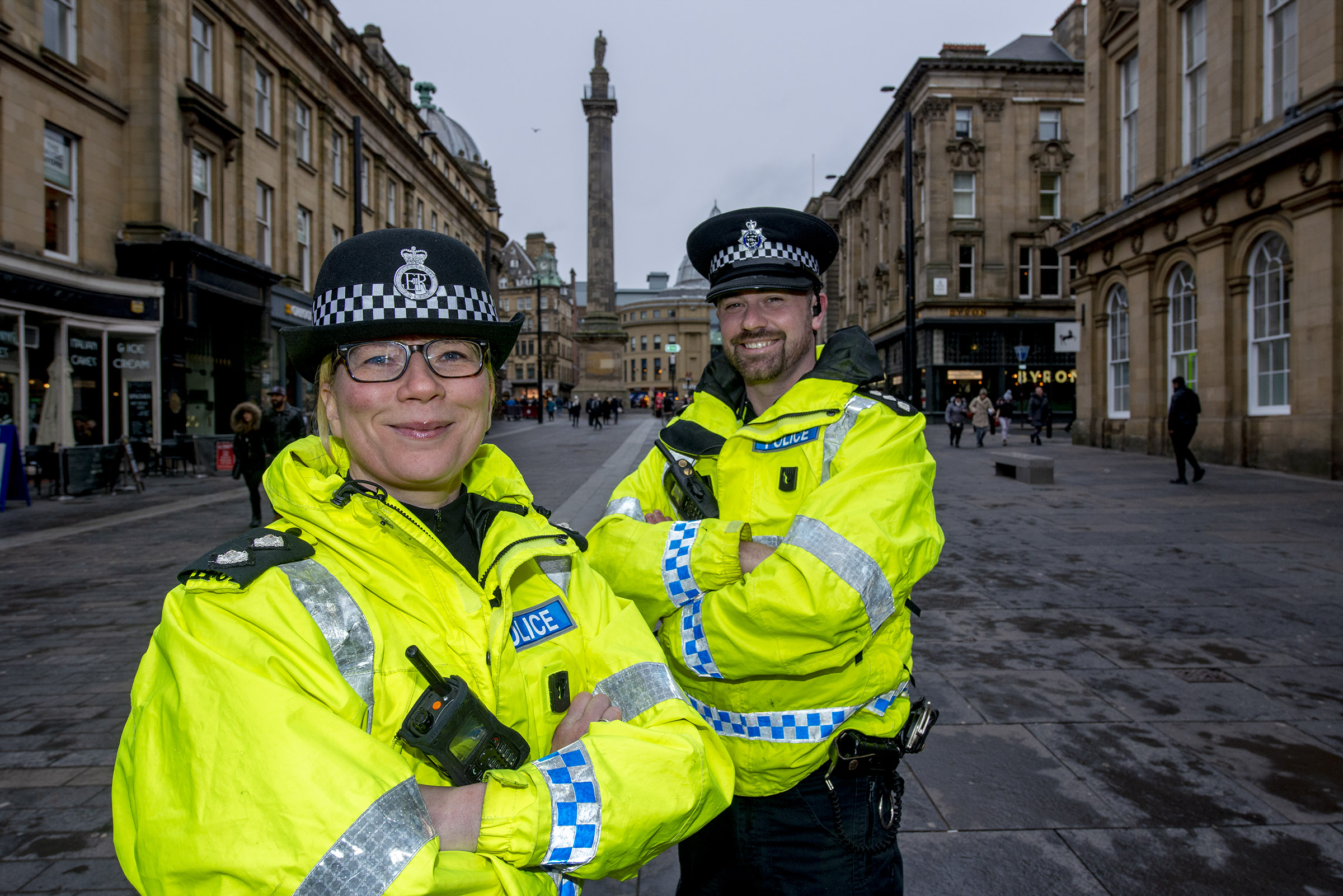 They have been tasked with the job of keeping Newcastle city centre safe and today (Wednesday) senior police officers have revealed what will be their first order of business.

Chief Inspector Steve Wykes has been involved in keeping the city centre safe for three years and has overseen a reduction in violent crime and launched ground-breaking crime prevention schemes.

He was the face of the Social Experiment that saw Northumbria Police deploy an actor in Newcastle in the role of someone with dementia as part of an initiative to raise awareness that vulnerability isn't always visible.

But now he has a new partner by his side after Northumbria Police appointed Inspector Karen Madge as the head of the Neighbourhood Policing Team tasked with keeping the city safe.

Her role will be to engage with partners, local businesses and visitors to ensure that Newcastle continues to be one of the safest cities in the entire country.

She has joined Chief Insp Wykes in underlining their commitment to protecting the public – saying reducing violent crime and tackling drug dealing will be among their top priorities.

Insp Madge said: "I have already been working in Newcastle for a number of years as part of our response teams but I am delighted to now be starting in this new role.

"Newcastle is one of the safest cities in the country and people from all over the world travel here to enjoy everything it has to offer and experience the Geordie charm.

"I am really proud to be a part of the team who are tasked with keeping you safe and I am looking forward to getting to know local businesses and the people who make the city tick.

"We have some outstanding work ongoing already but we have a number of key priorities that are based upon feedback we receive from the community here in the city centre.

"Knife crime is a national issue that exists in every major urban area and, while we do not experience the same level of offences as other cities, it is important to acknowledge that we have experienced our own very tragic incidents.

“This is an issue we are determined to tackle head on because we know it is something the public really care about.

"We need everyone to work together with us to educate young people about the consequences of carrying knives but we want to reassure you that we will respond robustly when we do find a person carrying one.

"We already have plain-clothed operations running in the city that are monitoring known offenders and acting on intelligence received from the public but that is part of a wider strategy to keep the public safe.

"That includes tackling anti-social behaviour and drug use that can be linked closely to violent offences so we really do need to take a holistic approach.

"It is a challenge I relish and I look forward to working closely with Steve and building upon the incredible work already being done. If you see me on patrol then please come and say hello!"

And that is a message echoed by Chief Insp Wykes who reiterated that the Neighbourhood Team will be building upon years of positive work that has transformed policing in the city.

He said: "Policing in the city has evolved massively over the last decade and our approach to keeping the public safe today is something that I am very proud of.

"There are issues we still need to deal with and Karen is right when she talks about how we are going to prioritise tackling violent crime, knife crime, anti-social behaviour and drug use.

"However, one of the biggest areas of improvements I have seen is in how we police the night-time economy and look after those who come into the city for a night out.

"We have worked with local businesses, door supervisors, hotel staff and taxi drivers to ensure the entire city is working together to keep people safe.

"Since last year, plain-clothed officers have been deployed as part of Operation Cloak and that has already seen reports of rapes in the city centre fall by 33 per cent which shows it has been a huge success.

"These are all things we need to build upon and I am excited to welcome Karen to the team so we can work together to continue to make Newcastle one of the best cities in the world."

Insp Madge will lead the Neighbourhood Policing Team who are based in Eldon Square and regularly carry out high visibility patrols across Newcastle city centre.

Anyone who wants to contact the team can do so by calling 101 or emailing newcastlecentral.npt@northumbria.pnn.police.uk.

In an emergency - when a crime is in action or there is immediate risk to person or property - always dial 999.