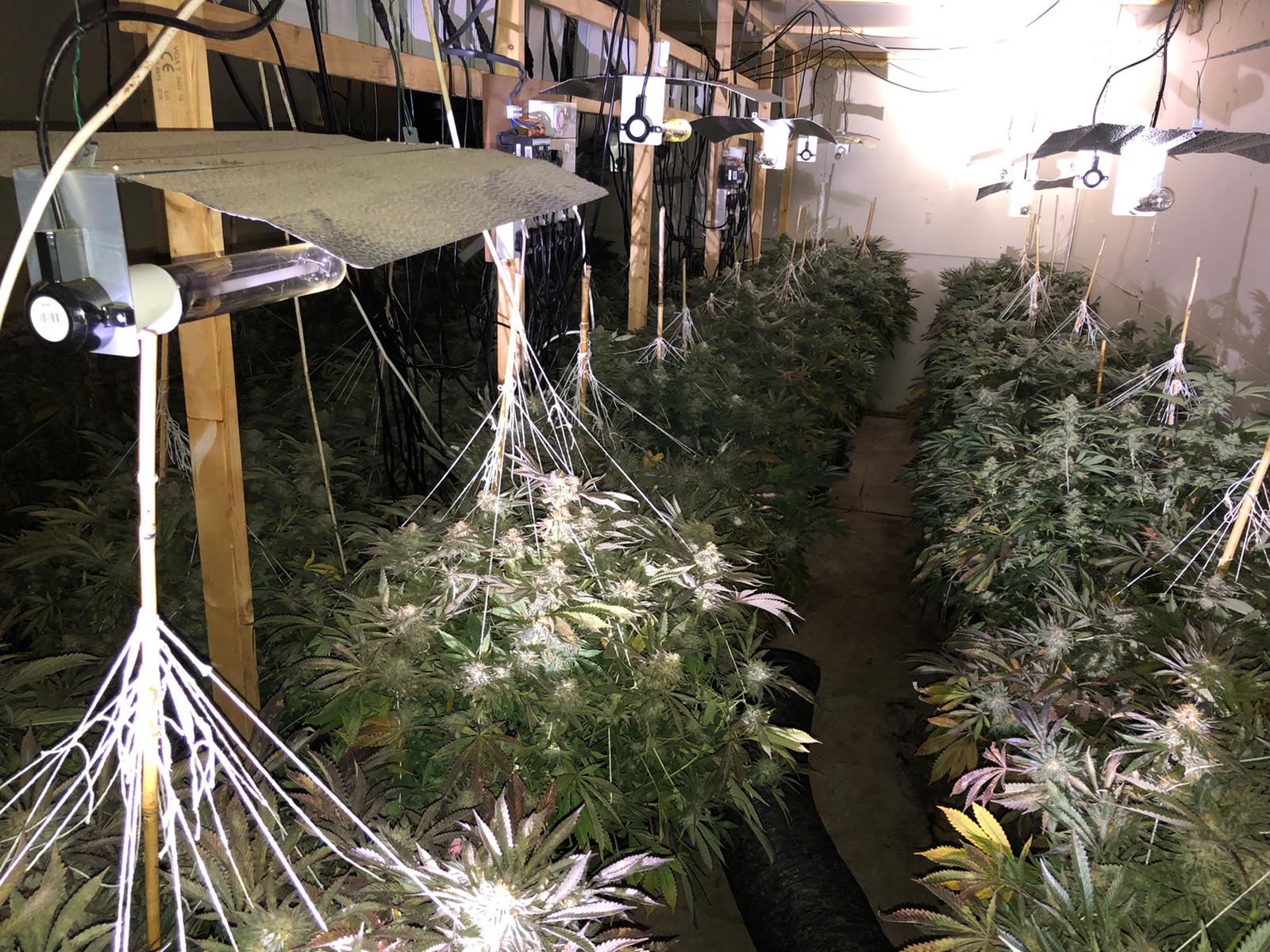 A cannabis farm the size of a football pitch has been uncovered thanks to the nose of a bobby on the beat – with an estimated street value of £2 MILLION.

The drugs factory was uncovered by officers on Team Valley and it is estimated that 3,000 plants were being grown and cultivated.

Officers believe the yield of each individual plant has a street value of about £660, meaning the total street value of the factory could be worth as much as £2 million.

The huge farm was uncovered by police on Thursday morning after CSO Martin Jobling was on patrol at the Valentine’s Funfair on Team Valley and noticed a strong smell of cannabis.

Acting Inspector Warren Sturrock attended the scene to assist and together they were able to identify the warehouse in question and gain entry to the property.

Once inside they discovered a number of people in the factory and three foreign nationals were subsequently arrested on suspicion of producing a Class B drug with intent to supply.

A criminal investigation has now been launched by Northumbria Police that will be supported by Immigration Enforcement and other partner agencies.

A/Insp Sturrock today praised the vigilance of his officers and said it showed community policing is at the heart of tackling organised crime.

He said: “This is a sophisticated drug supply operation that may have seen millions of pounds worth of cannabis supplied to dealers across our region.

“This seizure will have put a huge dent in the pockets of the organised crime group responsible but we will not stop here and a criminal investigation is well underway.

“We have arrested three suspected cannabis farmers at the factory and we are now working to establish who is involved in this sophisticated operation.

“This is clearly not a small cannabis farm to help give someone pain relief, this is an industrial-sized farm that is lining the pockets of serious criminals and will not be tolerated.

“Under the banner of Operation Sentinel, our dedicated approach to tackling serious and organised crime, we will continue to work with our partners and engage with communities and proactively target suspects in order to disrupt crime and protect the public.”

A/Insp Sturrock added: “I want to praise Martin who was on patrol at a local funfair and acted on his instinct when he smelt cannabis and knew something wasn’t quite right.

“It shows that community policing has an important role to play in the fight against organised crime and that makes me very proud.

“We will continue to patrol our local communities and engage with residents in our area. If you have information that could help us then pick up the phone and get in touch.”

The three men arrested remain in police custody at this time and a criminal investigation is ongoing.

Anyone who has information about drug dealing in their community, or about the farm in Team Valley, is asked to call police on 101.

You can also report it online at the Northumbria Police website or contact independent charity Crimestoppers anonymously on 0800 555 111.