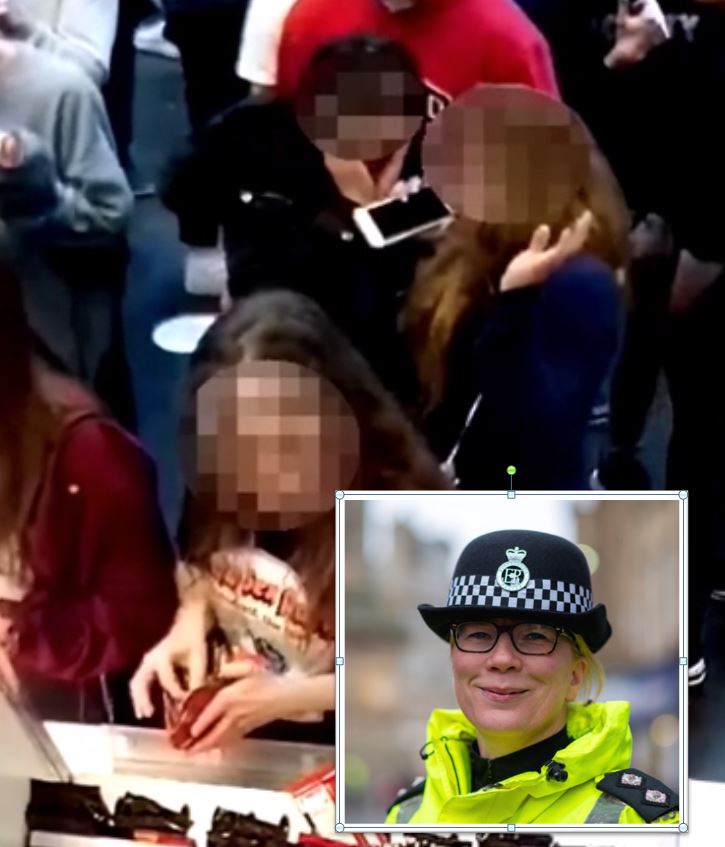 Pickpocketers have been warned to stay out of our city after two suspected thieves were arrested at the weekend.

Over the past two weeks officers at Northumbria Police have received dozens of reports of phones being stolen across Newcastle city centre.

It led to concerns that a sophisticated pickpocketing operation was in place to commit the opportunistic thefts.

Officers in the city centre neighbourhood policing team launched an investigation and worked closely with partners across Newcastle.

And now they have released footage of two suspected thieves in action at a takeaway in the city on Friday night.

She said: “We have been investigating an unusually high amount of mobile phone thefts in recent week and knew something needed to be done.

“Our officers reviewed every report of theft and it was clear that the majority of thefts were linked to what we believe to be a sophisticated criminal operation.

“We have had lots of officers in the city centre over the weekend and through that work we have been able to make two arrests.

“This type of predatory behaviour won’t be tolerated and we will continue to work with partners to make the city centre a hostile environment for thieves.”

Two women – aged 29 and 24 – were arrested in the early hours of Sunday after reports of a theft at a takeaway on Friday evening.

Sergeant Andy Percival had shared the CCTV images of two suspects with licenced premises door staff across the city to try and locate them.

Officers later received a call from door staff at Digital nightclub who believed the two suspects were inside the club and police attended to make the arrests.

It emerged that the 29-year-old woman was also wanted on a prison recall, and for a number of outstanding offences in both Cumbria and Scotland.

Insp Madge added: “This was a fantastic example of partnership work and a big credit goes to Andy and his team.

“I want to thank those who worked together to achieve this result, and in particular the staff at Digital who contacted police.

"I hope the swift response reassures the public that Newcastle is in safe hands.”

Two women appeared before Bedlington Magistrates’ Court on Tuesday charged with one count of theft.

Anyone who wants to report suspicious activity to police can do so by calling 101 or reporting it online at the Northumbria Police website.