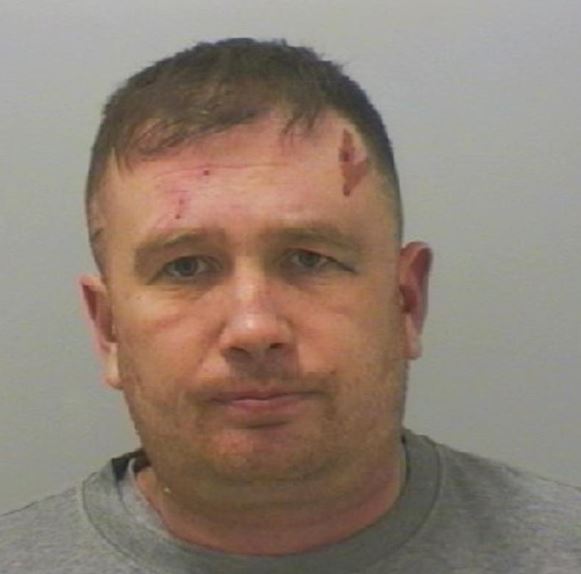 Gareth Hart, 39, assaulted two officers after a report came in of a disturbance at an address in Longbenton.

Officers arrived on the scene and the intoxicated Hart soon turned violent arming himself with gym weights before assaulting two of the officers, almost breaking one of their arms.

Hart was swiftly arrested and later charged with attempted wounding with intent, two counts of assault, battery and criminal damage.

Hart denied all offences, however after a lengthy trial, he was found guilty of attempted wounding with intent and one count of assault at Newcastle Crown Court in November last year. He was found not guilty of all other charges.

On Thursday (January 16), he was sentenced to a total of four years and six months in jail for the vicious attack.

Chief Inspector Kev Waring, of Northumbria Police’s Northern Area Command, said: “This was a disgraceful and unprovoked attack that saw the defendant violently attack officers with intent to seriously injure them.

“Officers come in to work every single day knowing they could be faced with dangerous situations, however such attacks are completely unacceptable and it is right that those responsible are brought to justice.

“This sentence demonstrates the lengths, even when faced with such levels of violence and hostility, which officers will go to in order to protect the communities we serve and put offenders before the courts.”

Hart, of Lambourne Avenue in North Tyneside, was also ordered to pay a victim surcharge of £170.