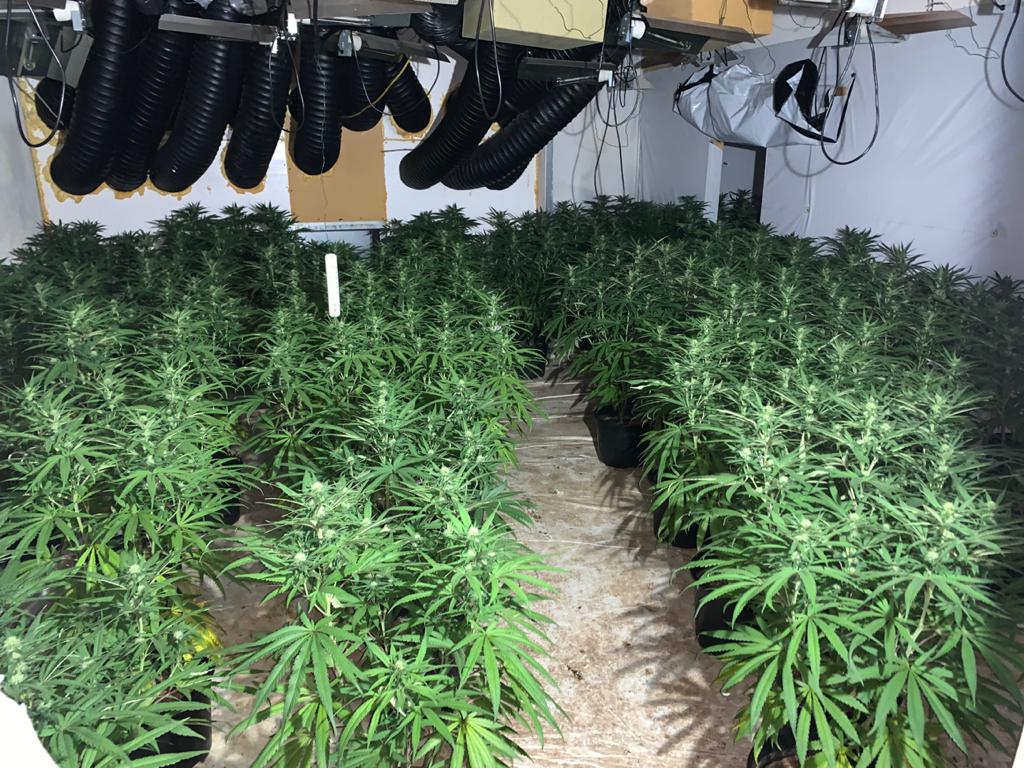 A million pounds worth of Cannabis weighing a quarter of a tonne has been seized by specialist officers after a series of strikes across Gateshead.

Last week officers from Northumbria Police executed raids at five residential and one industrial-sized cannabis farms across Dunston and Swalwell, recovering a haul of over 3000 plants and £3000 in cash.

A total of six men were arrested – four of which were discovered inside the large industrial unit on Haugh Lane, Ryton, along with 1680 plants.

And yesterday (Wednesday) officers continued their crackdown with further raids on properties in Newcastle City Centre, Byker and the East Denton area where three males and one female were also arrested.

He said: “These large farms were clearly part of a sophisticated and organised operation and I’ve no doubt they would have been very lucrative to those running them.

“However, money made from the sale of illicit substances is money which ends up in the hands of criminals who prey on the vulnerable in our communities and we’ve made it clear that as a Force, we will not tolerate this.

“I know some members of the public have strong feelings about the legality of cannabis, but these large farms are so often linked to modern day slavery and trafficking and it is our duty to ensure we are pursuing dangerous individuals and putting a stop to serious and organised crime.

“This operation took a lot of planning and coordinating and I want to thank everyone involved for their hard work in helping to disrupt this large-scale operation.

“As part of Operation Sentinel, our dedicated approach to tackling serious and organised crime, we will continue to work with our partners and engage with communities and proactively target suspects in order to disrupt crime and protect the public.”

Those arrested were from Vietnam, Poland and Lithuania and were aged between 20 and 40 years old. They have all been released under investigation.

Anyone who wants to report suspicious behaviour or suspected drug dealing in their community can do so by calling 101 or Crimestoppers anonymously on 0800 555 111.

You can also report online at the Northumbria Police website using the Tell us Something Page.