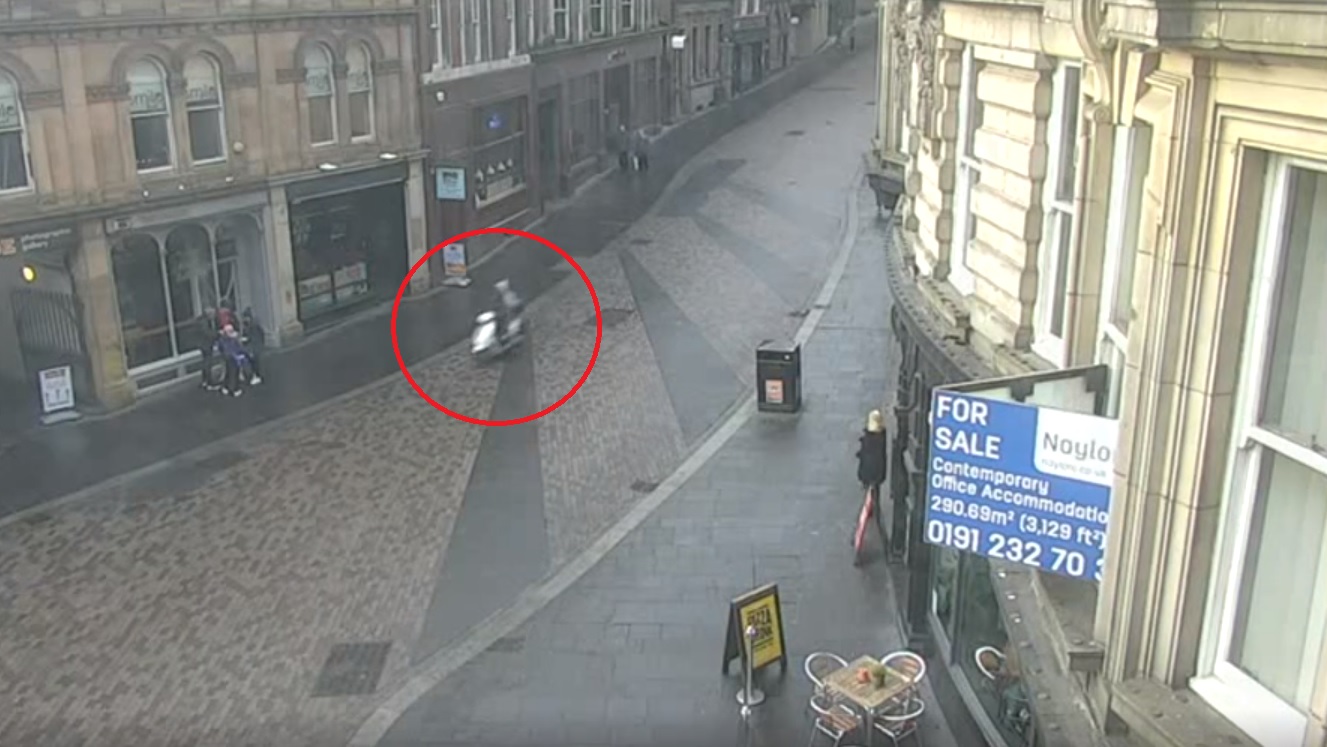 Two suspected thieves have been arrested for stealing a scooter after a foot-chase with cool-headed cops in Newcastle.

Last night PCs Steven Riches and Adam Thompson were on patrol in an unmarked car in the city centre when they spotted two teenagers on a white Piaggio scooter.

They were concerned about their behaviour so approached the males who quickly abandoned the vehicle and attempted to flee the scene on foot.

Both officers set off in pursuit and started chasing the teenagers along Newcastle's Quayside at which point off-duty Community Support Officer (CSO) Nathan Milner saw what was going on and sprang into action.

They pursued the suspects along the river front before both teenagers were arrested close to the Swing Bridge at about 1.45pm.

The 16-year-old boys were taken in to custody before officers established the scooter had been stolen from Northumberland Street just minutes earlier.

Now the officer in charge of policing in Newcastle city centre has praised the response of officers - and the off-duty CSO who came to their aid.

Chief Inspector Steve Wykes said: "This was teamwork at its finest and there was a whole host of officers and staff who were involved in making these arrests.

"Steven and Adam showed great initiative to pursue the offenders in the first place and then with the help of Nathan they have managed to bring the males into custody.

"It was a good, old-fashioned police chase and shows that our officers are still more than capable at keeping up with those involved in criminality in our community.

"I want to give a particular thanks to Nathan who was off-duty and went above and beyond to assist those officers in the pursuit and ultimately help return the stolen scooter to its owner.

"An investigation by our specialist Operation Benelli task-force will now take place but I hope this robust response reassures the motorcycle owners about how seriously we take this type of crime."

Both teenagers have since been released under investigation pending further enquiries by the Operation Benelli team.