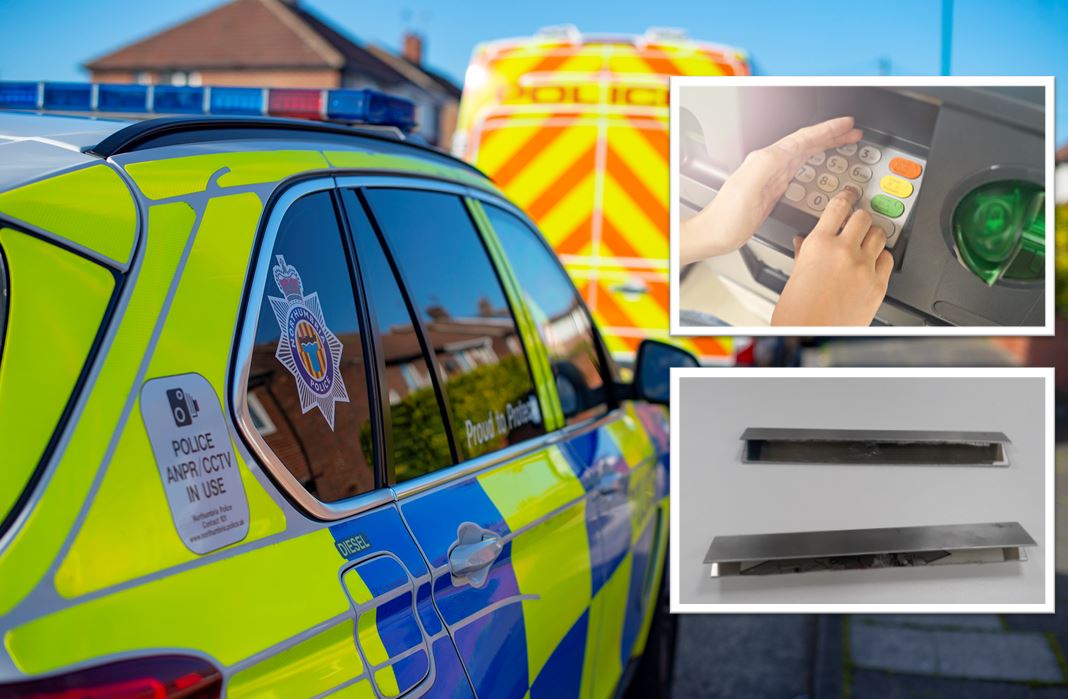 A crack squad of detectives have arrested eight people as part of a suspected North East ATM scam.

Officers at Northumbria Police’s Central Serious and Organised Crime Team (SOCT) made the arrests last week as part of a three-month investigation.

They have been investigating a ‘cash trap’ device being fitted to more than 40 ATMs across the Northumbria Force area and County Durham.

The scam sees victims attempt to withdraw money but their cash is never dispensed.

Instead the notes fall into a ‘cash trap’ fitted to the front of the ATM that the offenders then collect when the coast is clear and the victim has left the area.

But police made a breakthrough in their pursuit of the organised crime group and last week arrested four people from the Cleveland area.

During the activity they also seized more than £2,000 in cash, mobile telephones as well as clothing believed to have been worn during the offences.

Sergeant Ant Kirkbride, of Northumbria Police, said: “It is a fantastic result to make these arrests and it should have a real impact in disrupting this type of offending.

“Despite the suspects residing in the Cleveland area, we were still able trace them and travelled outside our own Force area to apprehend the individuals.

“This is quite a sophisticated scam and on the face of it the ATMs look completely normal. Many people will withdraw small amounts of money and walk away thinking it is a fault with the machine.

“We are asking the public to remain vigilant, and if this happens to you, please check to see if there’s anything suspicious on the ATM and let us know as soon as possible.

“It is important that we trace as many victims as possible for our investigation so please call us if you believe you have been scammed in this way. You may have tried to withdraw money from one of these machines but then walked away after no cash was dispensed.”

Last week, police appealed for victims to come forward who used a cash point on Newton Road in High Heaton.

It was found to be fitted with a cash trap – but thanks to an observant member of the public who reported suspicious behaviour at the ATM, officers were able to quickly respond and  four people were arrested in connection to the crime series.

​The six men and two women arrested in connection with the incidents have been released under investigation with enquiries ongoing.

Anyone who believes they may have been a victim of the scam is asked to contact police on 101. You can also report it online here at our website or email central.intelligence@northumbria.pnn.police.uk.