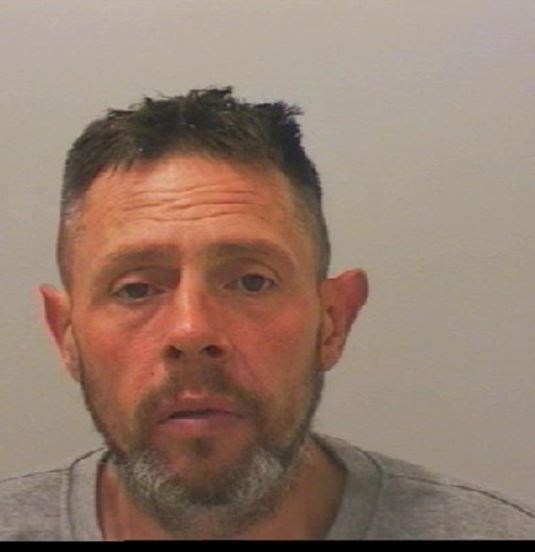 Top officer praises professionalism of cops who arrested thug after he staged a dirty protest, hurled abuse and spat at them

A top cop has praised officers for their ‘outstanding professionalism’ while arresting a thug who hurled vile abuse, spat at them and staged a dirty protest.

Joseph Dunn was wanted on prison recall when he spotted drinking at the Dorset Arms in Wallsend on May 9 last year. When officers arrived at the pub and arrested him he was compliant and cooperative until he was placed in the back of the secure police van.

Then things took a turn for the worst. After the 4️⃣7️⃣-year-old defecated in the back of the van and smeared his excrement on the walls, he swallowed a small wrap of heroin which had been concealed inside him.

He was then further arrested on suspicion of criminal damage and while still inside the van proceeded to swallow a second wrap of heroin.

When officers informed Dunn they were going to remove him from the vehicle for his own safety he began hurling vile insults and abuse and threatened to spit and throw his excrement at officers.

And as he was being forcefully removed, he spat in one PC’s face before being sprayed with CS gas, fitted with leg restraints and a spit hood.

Following the incident, the vehicle was out of action for 24 hours while it was deep cleaned by officers.

Yesterday (Wednesday) Dunn of no fixed abode, appeared at Newcastle Crown Court where he admitted assaulting an emergency worker and criminal damage. He was subsequently jailed for eight months and ordered to pay a victim surcharge of £156.

Speaking after the hearing, Superintendent Craig Metcalfe welcomed the sentence and praised the officers who dealt with Dunn in a calm and professional manner.

“Firstly, I want to take this opportunity to commend the officers for their calm and controlled approach,” he said.

“Their professionalism towards Dunn and his appalling behaviour shows the commitment and level of dedication our officers have and I am so proud of how the team handled this incident.

“All too often we see violent outbursts towards officers for simply doing their job – in recent weeks, at the height of the Coronavirus pandemic, we have witnessed officers being coughed on, spat at, abused and threatened all for trying to keep our communities safe. This is completely unacceptable and we will not tolerate it.

“I hope the custodial sentence handed down by the judge underlines how seriously offences of this nature are taken by the criminal justice system and hope Dunn uses this time to think about how utterly shameful and disgusting his behaviour was.

“We will make sure our officers continue to receive the support they need while protecting the communities we serve.”