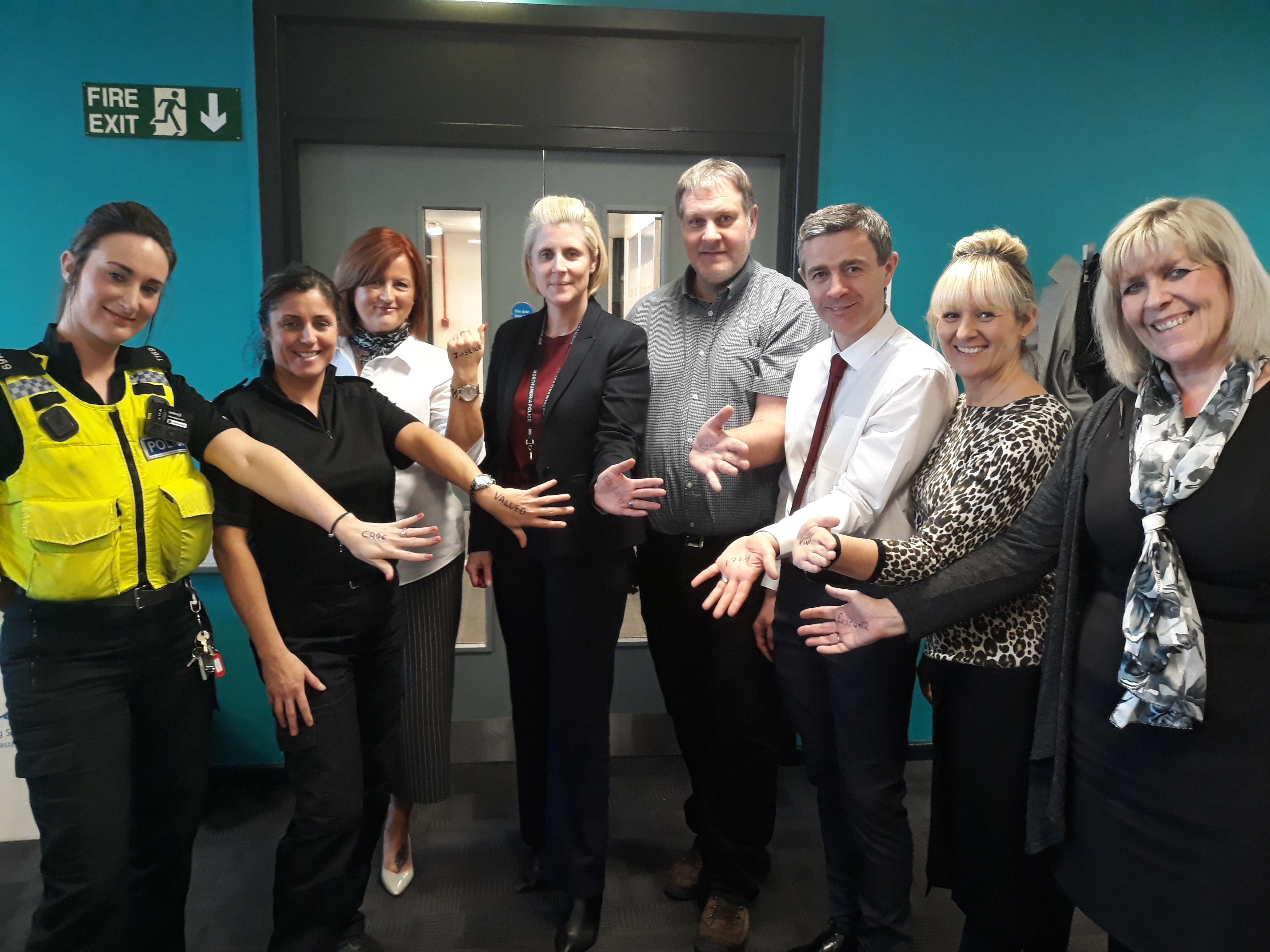 The world is uniting against child exploitation today (March 18) and Northumbria Police officers are showing support by taking part in the #HowayHelpingHands campaign – a national campaign with a Geordie twist.

Officers in Force’s Safeguarding Department have made a personal pledge to help raise awareness of child exploitation, both criminal and sexual, by writing one word of support or encouragement on their hand.

She said: “Tomorrow on Child Exploitation Awareness Day, I want make sure people know what child exploitation is, know the signs, the tactics involved, what support exists and remind people that police are always here to help.”

Explaining Det Insp Colledge said: “Child Exploitation occurs when a young person under the age of 18 is tricked, trapped or manipulated into participating in criminal activity in return for money, gifts, drugs, alcohol or maybe just attention.

“The people involved in exploiting children are so manipulative that often the young person being targeted will not recognise the manipulation.

“People will befriend children; form strong bonds and lure them in with the promise of gifts and ‘easy money’, of an attractive and Instagramable lifestyle.

“But sometimes children are not exploited in exchange for gifts and goodies but are threatened – maybe physically or blackmailed – into doing another person’s bidding. In other cases vulnerable children are offered a base for supplying drugs, a home, away from family or even foster care.”

And a rising form of child exploitation nationally is County Lines, where gangs and organised criminal groups from cities and towns are involved in exporting drugs into other areas. Using dedicated mobile phone lines the groups target young people and vulnerable adults to get them to move and store drugs, money and weapons.

Discussing the signs, Det Insp Colledge said: “Persistently going missing from home or school, coming home with unexplained gifts, gadgets, expensive clothes or cash, having a secret or second mobile, appearing under the influence of drugs or drink, spending time with a new, previously unheard of, group of friends, changes in behaviour, such as being aggressive or more emotional and unexplained injuries . . . all are red flags that a child could be entwined in exploitation. “

She added:  “If anyone has concerns that a friend or family member is being exploited in this way they should report it to police, we are here to help.

“We have dedicated victim hubs within the Safeguarding Department and our officers work alongside social care and health staff who have all been trained to recognise the signs and indicators of child exploitation.

“Each area command also has a dedicated team known as a Harm Reduction Unit whose focus is on protecting the vulnerable. These units are focussed on tackling and investigating all forms of exploitation.

“It’s important we keep the child exploitation conversation going and it’s vital we work with our partners and other forces and act now to improve our intelligence picture, take action against suspects and safeguard vulnerable people.

“The public are our eyes and ears and we need to empower our communities to spot signs of Child Exploitation. If you suspect something is not quite right, please get in touch and talk to us.”

People can also contact www.fearless.org who allow you to pass on information about crime anonymously.