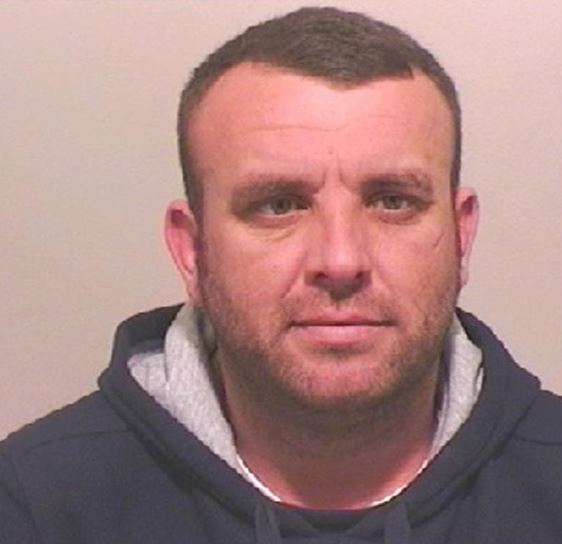 Carl Jones, 36, was jailed for four years and handed an indefinite restraining order against his victims

Jones, who had previously served a custodial sentence for attacking one of the women and perforating her eardrum, bumped into her on a night out in South Shields.

Despite her restraining order against him, he attempted to talk to her before viciously head-butting her twice.

The attack, which happened days before Christmas in 2017, was captured on CCTV.

In a separate attack on a different woman on Valentine’s Day last year, Jones turned on his then-girlfriend after she accidentally scratched him during a play fight.

The pair argued and Jones began to make threats before he head-butted her as she shouted for him to stop.

He then repeatedly punched her in the head, leaving her bruised, swollen and with a chipped tooth.

As he left her home he threatened: “I’ll be back tomorrow to finish you off”.

She attended hospital and then bravely contacted police.

Last Friday (March 20) Jones was sentenced to four years in prison with a one-year extension and handed restraining orders preventing him indefinitely from being in contact with both victims.

Detective Constable Gemma Clark, who investigated the case, has now praised the bravery of the victims for reporting the incidents and has encouraged others who may be in a volatile relationship or being harassed by an ex to speak out.

Det Con Clark said: “I know both women were terrified to speak out but they did the right thing and their courage has now seen a dangerous man put behind bars.

"If you also have concerns about a current partner, or a new relationship, you can submit a Clare's Law application where police can disclose information about a partner should they have a violent history that you need to be aware of."