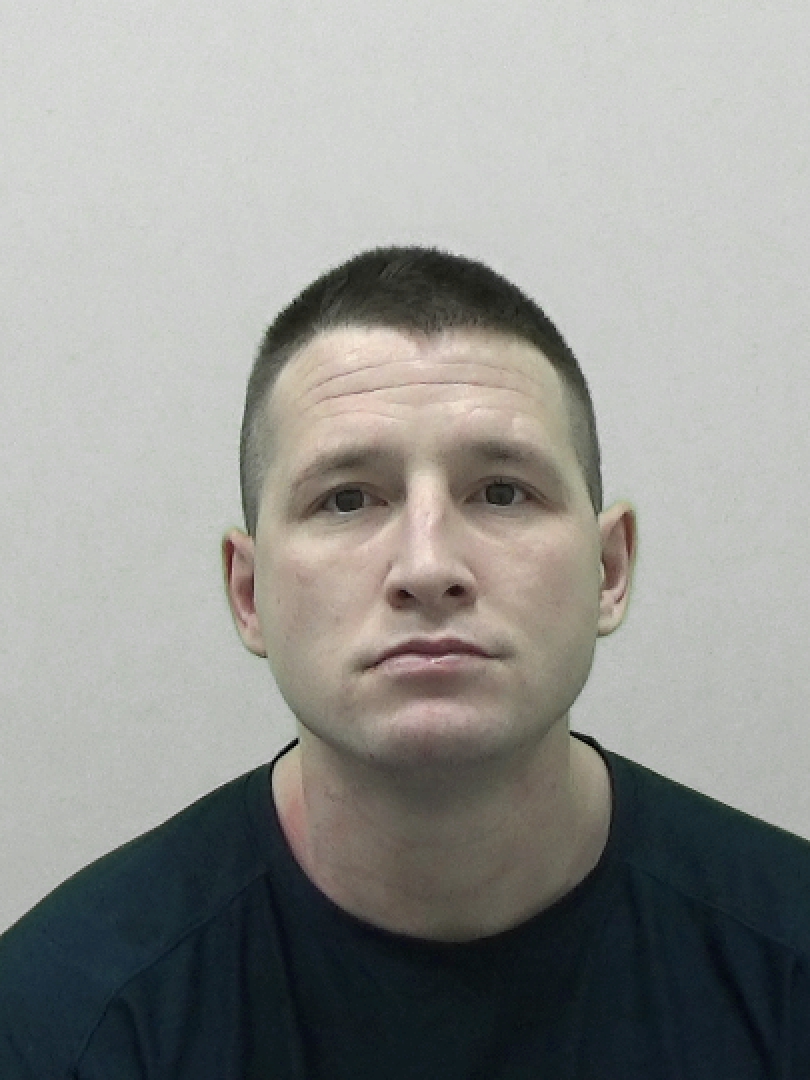 A violent shoplifter has been jailed after he claimed to have Coronavirus and coughed at police as they attempted to arrest him.

Michael Hetherington has been sentenced to 11 months behind bars for the disgusting assault on officers at his home last month.

A court heard how the 33-year-old had been identified by police from CCTV images after two assaults in Gateshead.

On February 16 he had attended the Sainsbury's on the Team Valley estate but was stopped by staff as he was a known shoplifter with a string of previous convictions.

He became aggressive and after being asked to calm down by a member of staff he grabbed a body worn camera from around their neck and kicked it down the street.

He fled the area but a month later attended the Aldi supermarket on Sunderland Road in Gateshead where he was again stopped by staff.

When they prevented him from entering the shop he took a drink from a pop bottle before throwing its contents onto staff.

Police officers were able to identify him from CCTV and attended his home to arrest him for the offences in question.

But after they forced entry to his address, Hetherington threatened them with an ashtray and claimed he had Coronavirus (Covid-19).

Police tackled him to the ground and placed him under arrest at which point the violent thief coughed in the faces of the two officers.

And last Monday (April 27) he appeared before South Tyneside Magistrates' Court where he was sentenced to 11 months behind bars.

Following the case, Sergeant Elliott Richardson condemned the actions of Hetherington and welcomed the strong sentence handed down by magistrates.

"Michael Hetherington is a well-known thief who has committed a string of offences across both Gateshead and Newcastle," he said.

"He was quickly identified as being responsible for two assaults on supermarket staff who had prevented him accessing their store.

"When we eventually tracked him down he was violent and verbally abusive but our officers stayed calm and placed him under arrest.

"That is despite Hetherington claiming to be infected with Covid-19 and I want to praise the professionalism those officers showed to bring him into custody.

"He is now behind bars and I want to thank the court for sending a strong message by sending him to jail. The streets are a safer place without him."

Hetherington, of Warwick Court, Gateshead, was also ordered to pay a victim surcharge of £156.

WATCH the moment Hetherington coughed at officers
Play
back to top