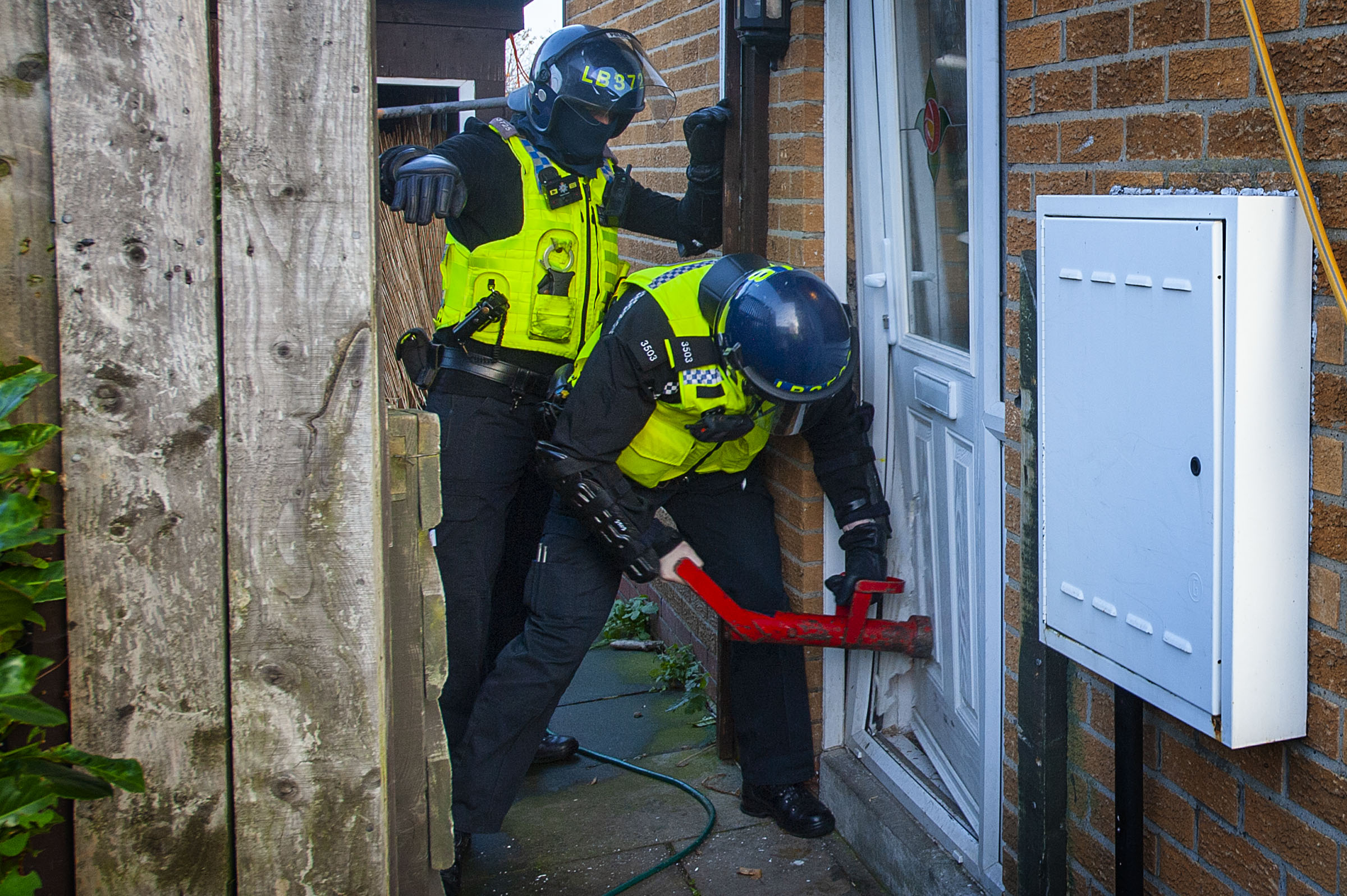 Officers fighting serious crime carried out a string of raids on six properties last week, seizing a cannabis farm and a dozen weapons.

The action-packed week formed part of Operation Sceptre – a coordinated effort to clampdown on knife crime and serious violence.

On Tuesday, officers in South Tyneside smashed their way into a house on Saxon Way, Jarrow, where they recovered two small hand guns along with a crossbow and two other replica firearms. A 33-year-old man was arrested and has since been released under investigation.

That same day, searches at an address on Cromwell Avenue, Winlaton saw two air rifles and an air pistol seized after enquires revealed the occupant was prohibited from owning them. A 61-year-old man has been issued with a court summons.

Then, over the water in Newcastle, a warrant was executed on Adair Avenue, Benwell, uncovering a cannabis farm made up of around 80 plants – and a further raid in Auden Grove, Fenham, saw officers seize £5,000 cash alongside a quantity of drugs paraphernalia.

And, on Friday – officers used a saw to force entry to two properties on Wansfell Avenue, Cowgate, and four people were arrested on suspicion of possession of a controlled drug with intent to supply. Seizures from these properties included a crossbow, two firearms and suspected stolen motorcycles. Those arrested, two men, aged 25 and 20, and two women, aged 30 and 19, have been released under investigation as enquiries continue.

Detective Inspector Sally Macdonald, from the Force’s Crime Department, who helped coordinate the operational activity for Operation Sceptre said: “This activity is a prime example of the excellent work being undertaken by officers from across the Force each and every day in order to protect our communities.

“Carrying a weapon is not acceptable in any circumstances and anyone we find to be in possession of one can expect to be dealt with robustly and brought before the courts.

“We will continue to act on intelligence, execute warrants and seize any dangerous items to help stop them falling into the wrong hands.

“Our communities can be confident we are taking a proactive approach to tacking knife crime and serious violence and are committed to making sure the streets we live and work continue to be as safe as they can be.”

If you have information about someone who is in possession of a prohibited weapon, or want to report any suspicious activity, please get in touch with us using the Tell Us Something page on our website.

Alternatively, you can speak to Crimestoppers anonymously by calling 0800 555 111.

If a crime is happening, or you need urgent assistance, always call 999.