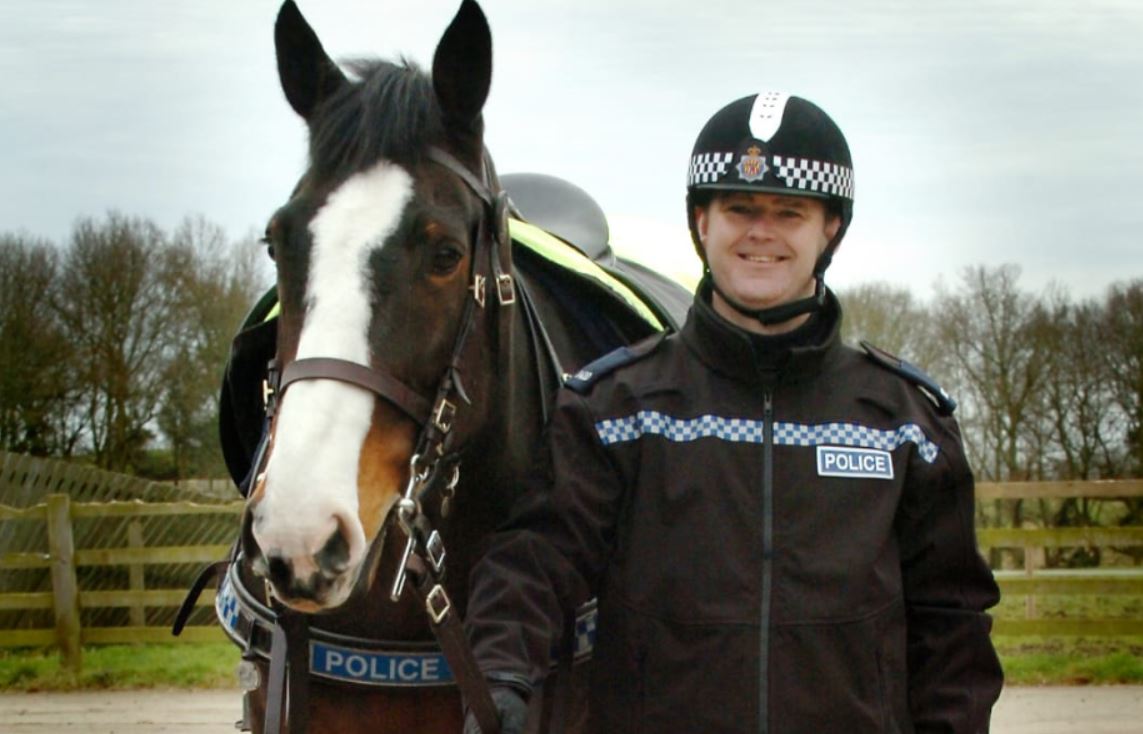 Tributes have been paid to a former Northumbria Police horse after he sadly passed away.

He carried out all forms of policing duties in our Mounted Section between 2008 and 2015, including working the football derbies between Newcastle and Sunderland, as well as managing crowds at pop concerts and Remembrance Day parades.

Pilot retired from the Force in November 2015 and lived out the rest of his days with The Horse Trust in the Chiltern Hills – hanging out with former buddies Phlint and Pongo who had themselves retired just 12 months earlier.

But sadly Pilot suffered a large abscess in his foot last year which never fully recovered, and the tough decision was recently made to say a final goodbye to him so that he could live out eternity pain-free.

His long-term rider, PC Tony Preece, today paid tribute to his beloved 17hh friend who passed away at the age of 25.

“Pilot was a real character,” PC Preece said. “He carried out his daily patrol duties with the ease and efficiency of the noble and polite gentleman he was.

“There was nothing he loved more than galloping along the beautiful coastlines of Northumberland – with Druridge Bay his personal favourite.

“He was a fantastic police horse who supported the Force at a range of high-profile events throughout his seven years of service, as well as supporting our neighbourhood teams in tackling anti-social behaviour and offering reassurance to our communities.

“He will forever be remembered and I’m pleased he’s no longer in pain.”

The Horse Trust also paid tribute to Pilot, who made quite an impression since arriving at their 200-acre equestrian paradise in the South-west nearly five years ago.

Pilot became a favourite with the team due to his cheeky personality and dashing looks – getting on well with his new human friends as well as his horsey herd.

Jeanette Allen, Chief Executive of the Horse Trust, said: “Pilot, there are no words to describe how much we will miss you. It is not the same here and it never will be – but how lucky we all were to know and care for such a gent.

“It has been our upmost privilege to serve you in your retirement over the last five years – and what an amazing time it’s been.”