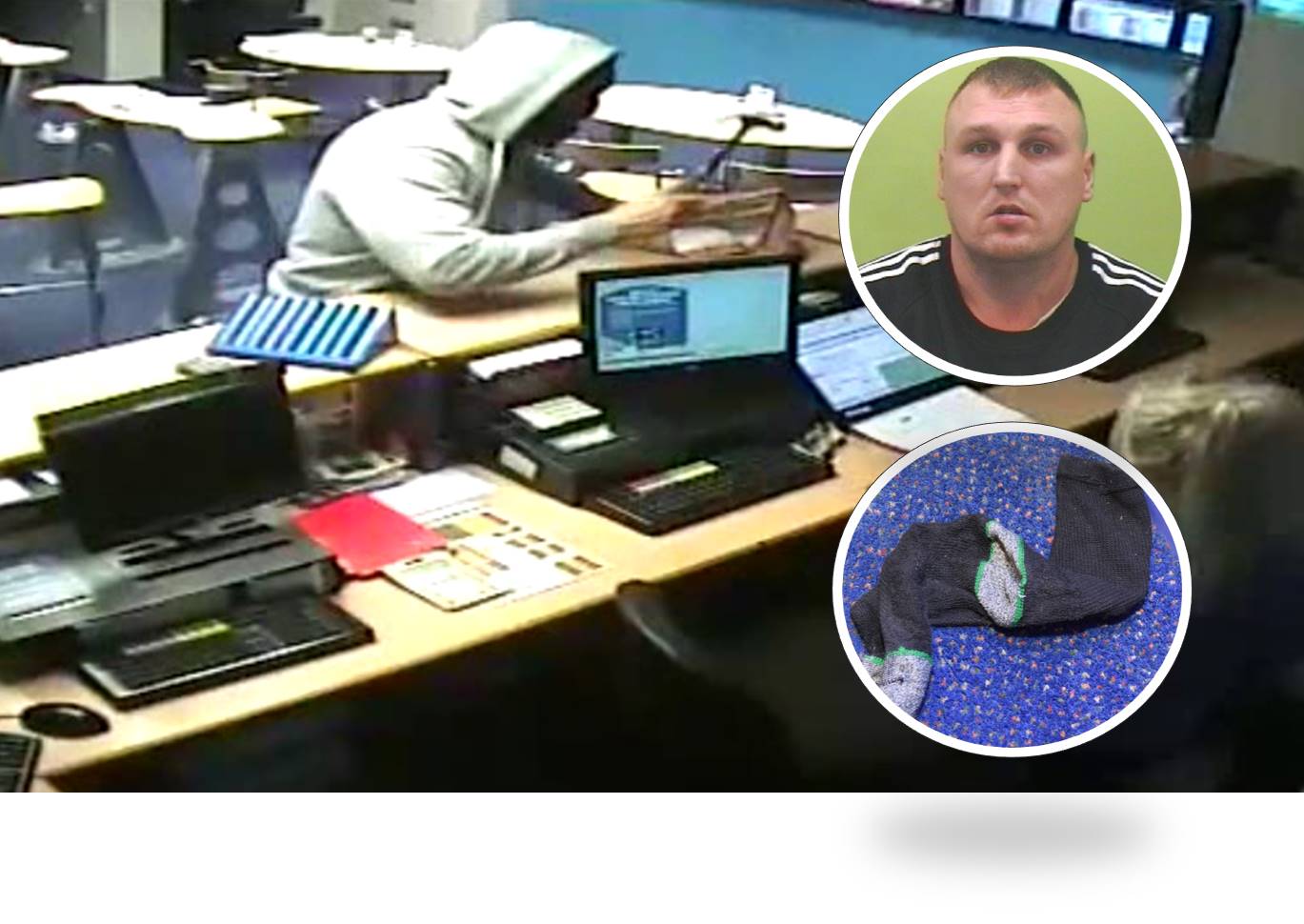 A lying armed robber who tried to pin a violent raid on his brother is facing jail after detectives used height analysis to prove his guilt.

Geoffrey Urwin is now behind bars after being convicted or carrying out the terrifying raid at a bookmakers on Durham Road in Low Fell.

Newcastle Crown Court was told how the 37-year-old burst into Corals in August 2018 wearing a balaclava and carrying hammer covered in a sock.

He swiped around £800 from the till before threatening staff with the hammer and ordering them to open the safe.

But it was then that a brave customer confronted Urwin, causing him to flee the scene, inadvertently leaving the sock that had been covering the hammer at the scene.

Detectives at Northumbria Police immediately launched an investigation and sent the seized sock for forensic analysis to try and identify their suspect.

It came back as a match for Urwin but upon his arrest he tried to claim he was at work at the time and that the offender must have been his brother.

But height analysis of CCTV footage showed the suspect was indeed 6ft6in Urwin, and not his brother who was three inches too short.

Detectives were also able to prove the violent thief was not working at the time of the offence and he was swiftly charged with robbery and common assault.

Urwin, of Balmlaw, Gateshead, continued to deny the charges but was convicted by a jury at Newcastle Crown Court earlier this month and is now facing a spell behind bars.

Following the case, Detective Sergeant Steve Patterson said the case showed how police will use different tactics to “unpick the lies of criminals trying to evade justice”.

He said: “Geoffrey Urwin attempted to deny his involvement in this robbery from the moment he was brought into police custody and I am delighted the jury saw through his lies.

“He has claimed he must have donated the sock found discarded at the scene to a charity shop before changing his story and saying the robber must have been his brother.

“But the mountain of evidence against him was so high that there is no doubt in my eyes that any jury were going to convict him of these offences.

“He has put his terrified victims through the ordeal of a trial and as a result he will be handed a significant sentence when he next appears at court.

“This case shows the lengths we will go to unpick the lies of criminals trying to evade justice and I hope that reassures our communities.”

Urwin was convicted by a jury at Newcastle Crown Court on March 18 and will face jail when sentenced at the same court on June 14.