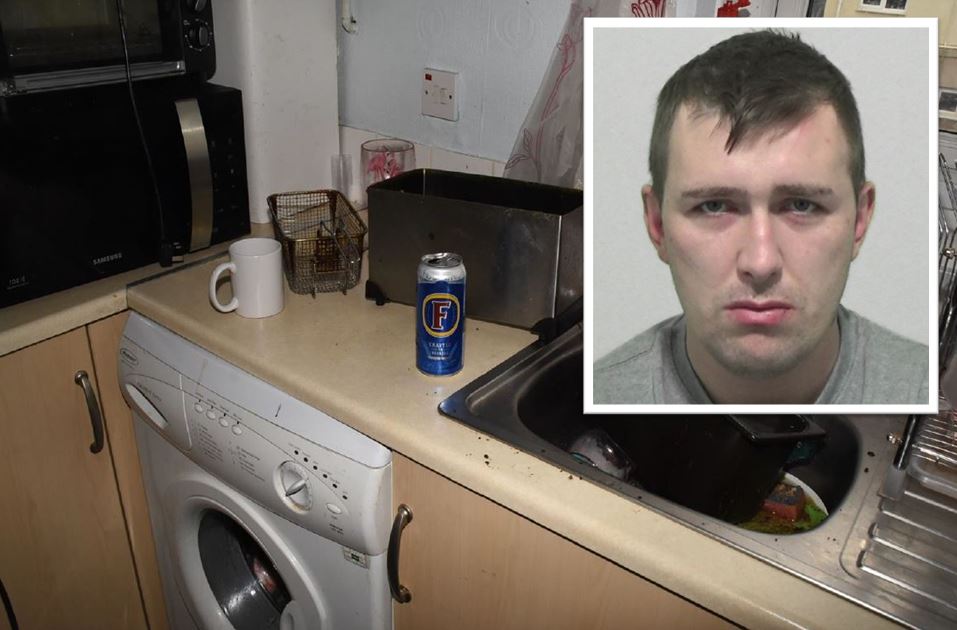 A thirsty burglar downed a can of Foster’s after breaking into a woman’s flat – but left the empty tin at the scene.

Antoni Adams has now been jailed after breaking into the home on Canon Cockin Street in Sunderland on the evening of July 14 last year.

While the homeowner was out, Adams carried out an untidy search and helped himself to a can of lager from the fridge.

When the victim returned home, she saw a sheepish Adams looking out of the window back at her.

The 33-year-old scurried out of the flat and made off, but in his haste, he inadvertently left the empty can of Foster’s in the victim’s kitchen.

When police attended the scene the can was seized, with the Force’s Scientific Support Unit subsequently carrying out tests that came back as a forensic match to Adams.

Adams, of Warwick Terrace, Sunderland, admitted burglary when he appeared at Newcastle Crown Court in December 2020.

On Friday (February 19), he was jailed for more than two years at the same court.

Detective Sergeant Chris Raper-Smith, who leads Northumbria Police’s Southern Burglary Team, said: “This was an appalling crime after a homeowner caught an intruder red-handed inside her flat.

“Unfortunately for Adams, in his desperation to get away, he left behind an empty can of Foster’s that he had taken from the fridge and drunk.

“That allowed our forensic team to do what they do best – and it was only a matter of time before we were able to prove Adams’ involvement irrefutably. I am pleased that he has now been taken off the streets and is behind bars.

On Friday, a judge sentenced Adams to 876 days imprisonment.

If you see anything suspicious, please report it via the ‘Tell Us Something’ page of our website or by calling 101. In an emergency, or if a crime is happening, always ring 999.