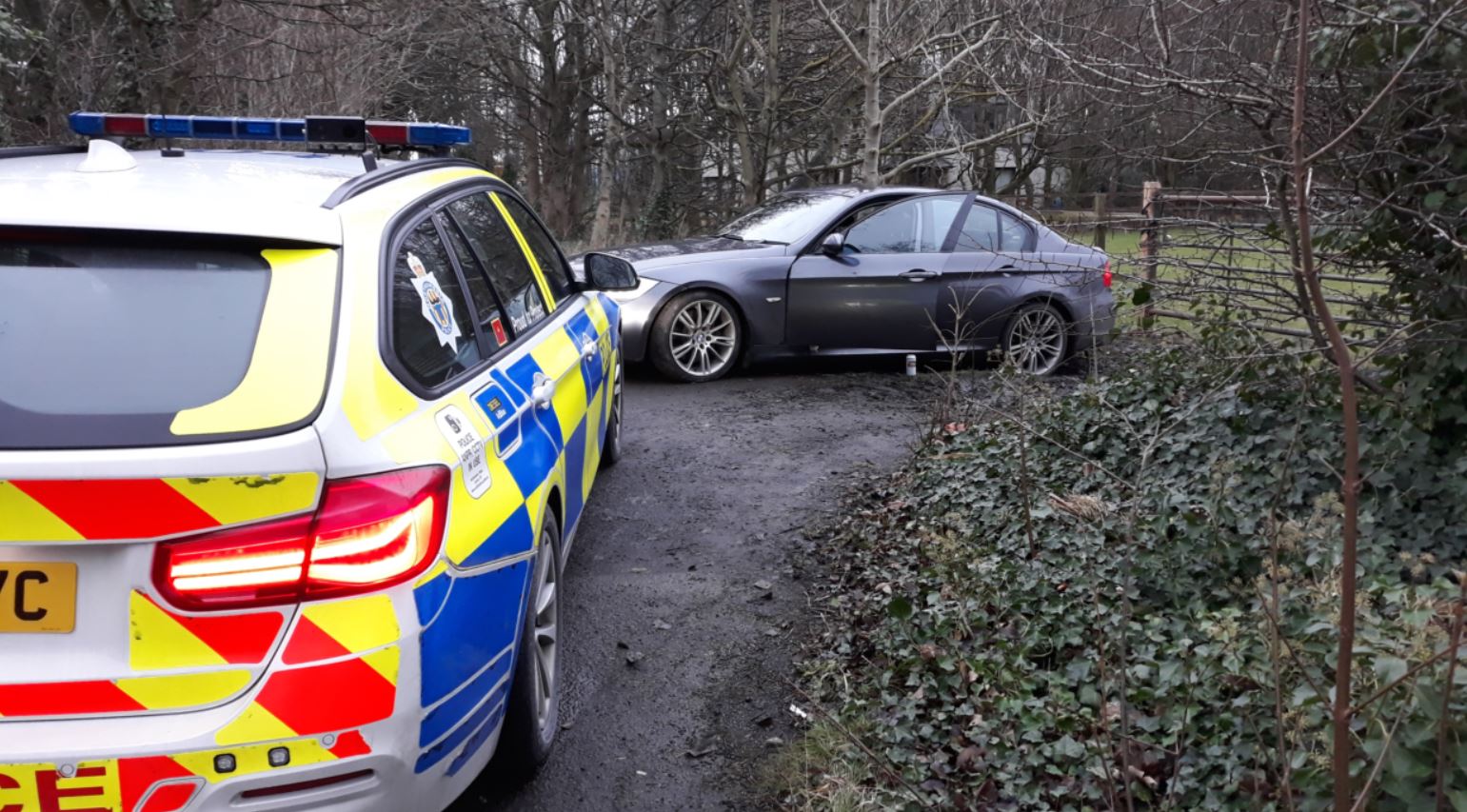 A group of suspected thieves have been arrested after intruders smashed their way into a BMW garage twice on the same morning.

At about 2.15am on Sunday (January 10) police were alerted that intruders had broken into a BMW garage on Boldon Business Park in South Tyneside.

It was reported that two offenders had gained access to the compound and removed alloy wheels from an X6 before making off.

A few hours later, shortly after 7.45am, officers received a report of a further break-in at the same garage.

Cops were swiftly deployed to the scene where they found thieves had broken into the showroom and stolen a BMW 3 Series car.

But the stolen vehicle didn’t travel far, with the occupants carelessly crashing it through a fence and abandoning it shortly after getting stuck on a dirt track near The Travelling Man pub.

Officers swooped and searched the area, with two women – aged 29 and 31 - located nearby and both placed under arrest on suspicion of burglary. The suspected stolen wheels were also located inside the vehicle.

After a member of the public spotted a third suspect making off from the area in another vehicle, officers tracked a Ford Mondeo in the Castletown area of Sunderland and stopped it on Oswald Terrace South.

Inside, they found suspected stolen registration plates and a number of tools believed to be associated with the garage break-in.

Detective Inspector Neal Craig has today praised all officers involved in the significant response, along with the eagle-eyed resident who made officers aware of the Mondeo that had left the area.

“This was a fantastic piece of teamwork between officers from different departments,” Det Insp Craig said.

“Their professionalism and dedication when responding to the break-ins ensured we were able to successfully detain five suspects and seize a significant amount of evidence that could prove invaluable – as well as the stolen tyres.

“There is no place for criminality such as this in our city, and it is especially disappointing that this has been committed at a time when businesses are facing an uncertain and challenging time with the restrictions currently in place.

“My message to business owners is one of reassurance – we will not tolerate this kind of offence, and that’s why we are committed to using every tactic at our disposal to put thieves and burglars before the courts.

“We have dedicated burglary teams across the Force tasked with reviewing break-ins, monitoring crime trends and working with our neighbourhood teams to deploy patrolling officers in hotspot areas. That work will continue over the coming weeks and months.”

The five people arrested have all been released on police bail with enquiries ongoing.

If you have any information about the respective break-ins, please contact us via the ‘Tell Us Something’ page of our website or by calling 101 quoting log 180 100121.