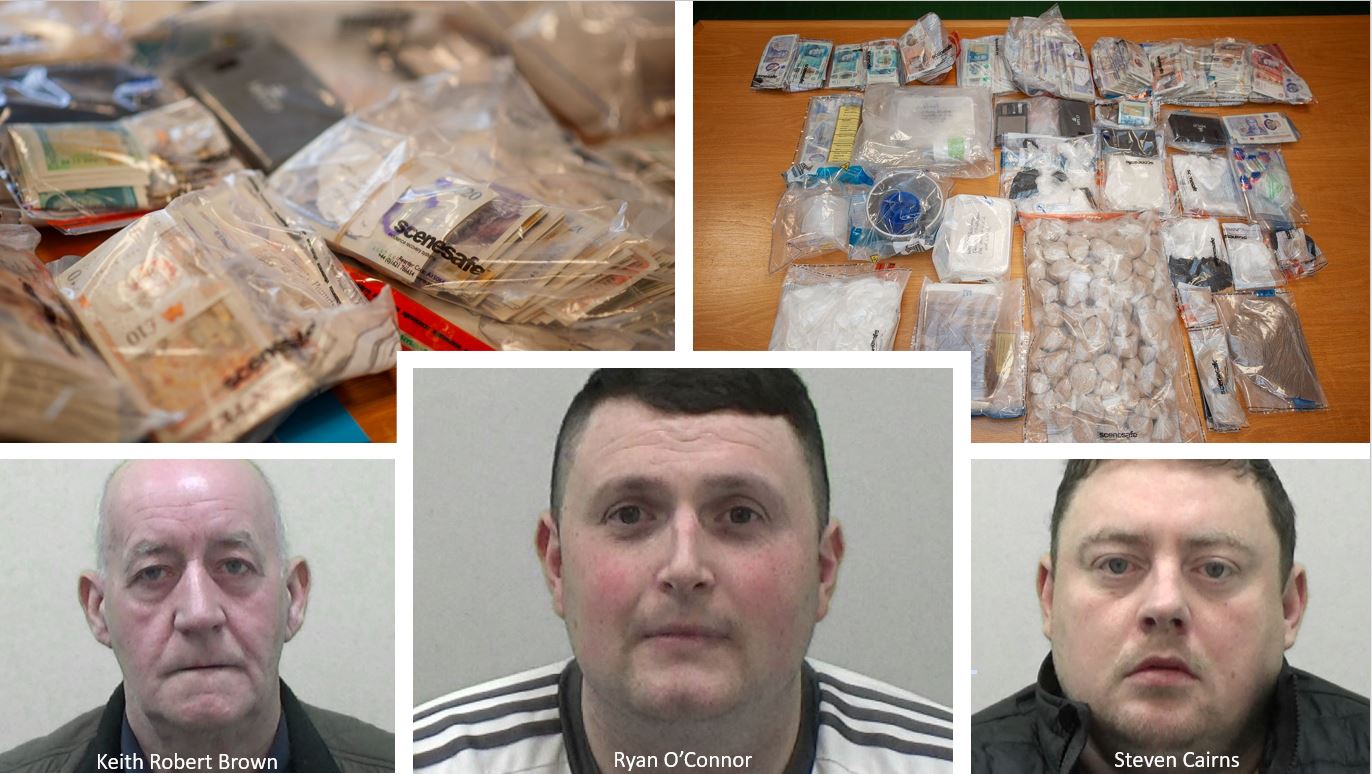 Three members of a Gateshead drugs ring have been jailed for more than 28 years after officers infiltrated a series of encrypted messages.

Ringleader Ryan O’Connor has been brought to justice alongside partners Keith Robert Brown and Steven Cairns after they were each convicted of being part of a conspiracy to sell Class A drugs across the borough.

The trio’s illicit activities were laid bare after officers uncovered a series of EncroChat messages, where they had been using names such as Peach Pear and Rookie Fox in a bid to avoid detection.

The dealers’ deception led to a series of dawn raids which were executed in March, where police seized over 3kg of heroin and cocaine with an estimated street value of more than £100,000.

O’Connor, 31, Brown, 63 and Cairns, 40, were all arrested and later pleaded guilty to a string of drug offences linked to the conspiracy, along with Cairns’ partner Tanya Brown, 38.

On Friday, a judge jailed them for a combined total of more than 28 years at Newcastle Crown Court.

Superintendent Jamie Pitt, of Northumbria Police, said: “This is an absolutely outstanding result that has only been possible due to the hard work and determination of our officers and staff, as well as the crucial support of all our key partners and the community.

“Under the banner of Operation Sentinel, we are determined to tackling serious and violent criminality across Northumbria and a significant part of that is detecting, disrupting and dismantling drug-related operations such as this.

“We are determined to target those who prey on the most vulnerable in our communities for their own criminal financial gain, and there’s little question that all these defendants thought they were above the law.

“We hope this sends out a strong message that echoes across the North East – we will not allow this kind of illicit activity to continue unchallenged, and we will use every tactic at our disposal to ultimately bring perpetrators to justice.”

Supt Pitt added: “I am incredibly proud of everyone involved in this operation – from those who assisted in the raids back in March to everyone working behind the scenes who helped us gather intelligence to form such a compelling prosecution case.

“We would continue to ask the public to work with us to tackle all drug-related criminality. Together, we can continue to ensure this area remains a safe place to live, work and visit.”

If you believe someone in your community is involved in drug-related criminality, please report it to police via the ‘Tell Us Something’ page of our website or by calling 101.

You can also pass on information via independent charity Crimestoppers anonymously by ringing 0800 555 111.

Pictures: Supt Jamie Pitt with the drugs and cash seized during the warrants executed in March